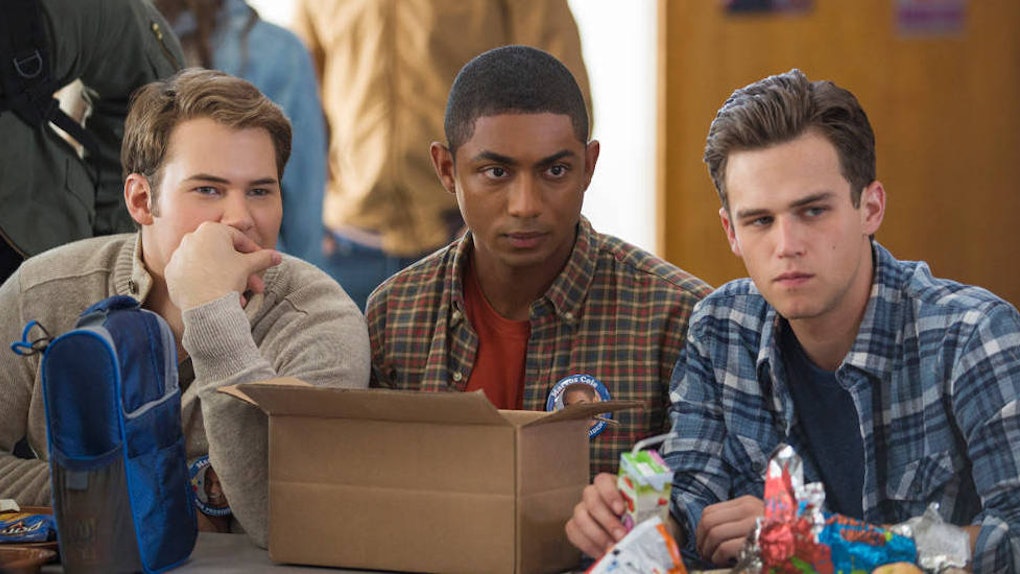 After a year and a couple months away, Netflix's controversial teen drama 13 Reasons Why is finally about to premiere its second season. Last year, the series introduced us to a whole cast of high schoolers dealing with massive issues, such as extreme bullying, domestic abuse, sexual assault, and suicide. Season 2 is dropping on Netflix super soon, so now is the time to refresh your memory about where we left off. Consider this your official 13 Reasons Why Season 1 recap to get you primed for Season 2.

The main plot of 13 Reasons Why Season 1 revolves around the suicide of Hannah Baker and the seven cassette tapes that she left behind. Before her suicide, Hannah detailed how 13 people at Liberty High School led her to kill herself on the cassette tapes, and entrusted her friend Tony to distribute the tapes to each of the subjects. The season took place in two time periods: viewers saw the events of the tapes play out prior to Hannah's suicide, and also the tapes' subjects dealing with the fallout of her suicide in the present-day.

As you can tell from the character descriptions, Bryce Walker is the primary villain of the series. A privileged jock, Bryce is the most popular student at Liberty High, and bullies his fellow students into incredibly destructive activities for his own amusement. Throughout the series, he is revealed to be a serial rapist, having raped an unconscious Jessica after she got too drunk at a party, and then a Hannah in his hot tub.

In the season finale, Clay confronts Bryce and manages to record him admitting to his rapes. Jessica also finally confronts her abuse at Bryce's hands, and intends to move forward in prosecuting him. We know that Season 2 will heavily deal with sexual assault, so expect a lot more about Bryce.

4. The Rise Of Tyler

Liberty High's resident photog/stalker Tyler Down appears to have a much larger role in Season 2. Throughout Season 1, Tyler is bullied and ridiculed by many of his classmates for his peculiar behavior, and in the final moments, we see him purchase a gun and place it in a chest full of firearms in his room. Most fans assume this scene is foreshadowing a school shooting perpetrated by Tyler in the new season.

The Season 1 finale did not only show viewers Hannah's suicide, but it also hinted at Alex's. Throughout Season 1, Alex exhibited extreme guilt and depressive tendencies after Hannah's death, which led up to the news that he was in critical condition after a gunshot wound to his head. Now, there actually are theories that Tyler or Justin shot Alex, but it seems more likely that he also attempted suicide.

Alrighty — now you are all set to jump into the second season of 13 Reasons Why when it premieres on Netflix on May 18.