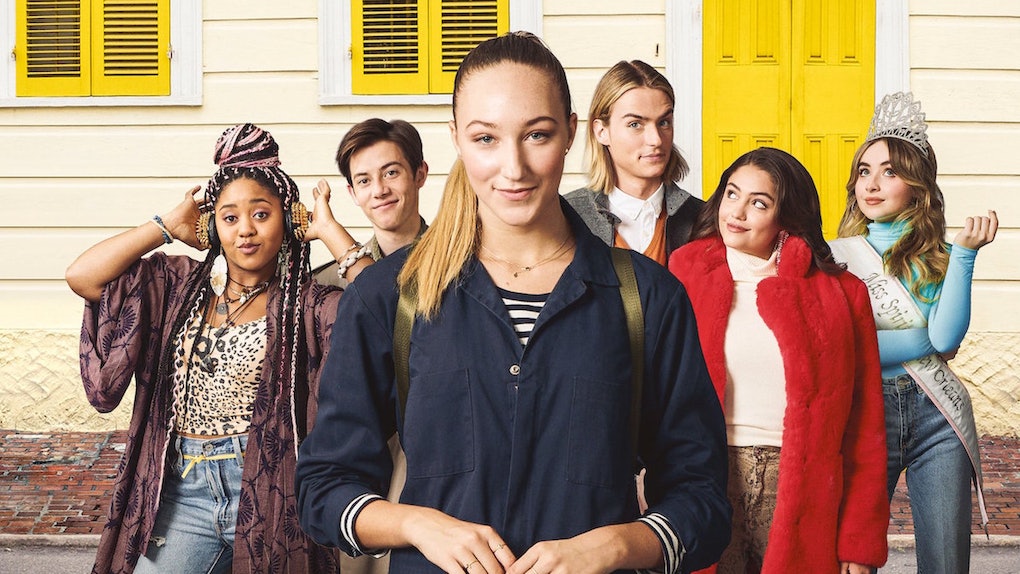 Will There Be A 'Tall Girl' Sequel? Ava Michelle Says "There's Talk" — EXCLUSIVE

Netflix has been on a roll with releasing original romantic comedies recently, and a lot of them have been so successful that they have already scored sequel orders. In just the past year, The Kissing Booth has announced an upcoming sequel and To All the Boys I've Loved Before famously has two sequels in the works. Naturally, one of the first questions to come to mind after Netflix premiered its latest teen rom-com is whether there will be a Tall Girl sequel. Well, I have good news for fans of the movie, because star Ava Michelle tells Elite Daily there has been talk of a sequel.

Tall Girl did already have kind of the perfect rom-com ending, since Jodi came to accept her height and also finally saw her best friend Dunkleman as an actual romantic interest, rather than fixating on the tall, popular exchange student Stig. It's a happy ending that does not really demand a sequel at all, but fans may get to see more of Jodi's story in the future anyway. When asked if there has been any talk of making a Tall Girl 2, Michelle confirms, "Yes, there has been."

I sounds like any potential Tall Girl 2 would still be in very early stages, but judging by how much Netflix has gone in on these teen rom-coms recently, there may be a good chance those sequel talks do eventually turn into another movie. Alongside The Kissing Booth and To All the Boys I've Loved Before, Netflix has also teased a sequel for Set It Up, and there have been talks about sequel ideas for Always Be My Maybe. Since Tall Girl solidly fits into the genre Netflix is clearly all about right now, fans should not be too surprised if a sequel gets announced sometime soon.

The only big obstacle in making a sequel would be coming up with a fresh story, since fans have already seen Jodi learn to love her height. However, senior year of high school could bring up a whole slew of topics to explore, such as Jodi's plans for her future career path. Exploring how height can prominently affect someone's career could be the perfect angle for a follow-up film, especially since it is something Michelle herself has experienced in real life.

A few years ago, Michelle's dance career hit a hurdle when Dance Moms instructor Abby Lee Miller kicked her off her dance team for being too tall, and it was the first time Michelle realized her height could be a hurdle on the path toward her dreams. Further, Michelle says people constantly tell her she should be playing basketball or volleyball instead of her more artistic choices, even though she definitely does not enjoy those sports.

Jodi's life after high school could be an interesting topic for a potential Tall Girl sequel to explore even more, but there's no word yet on whether there will even be another movie. For now, fans will just have to sit tight and wait to see if Netflix makes an official announcement.