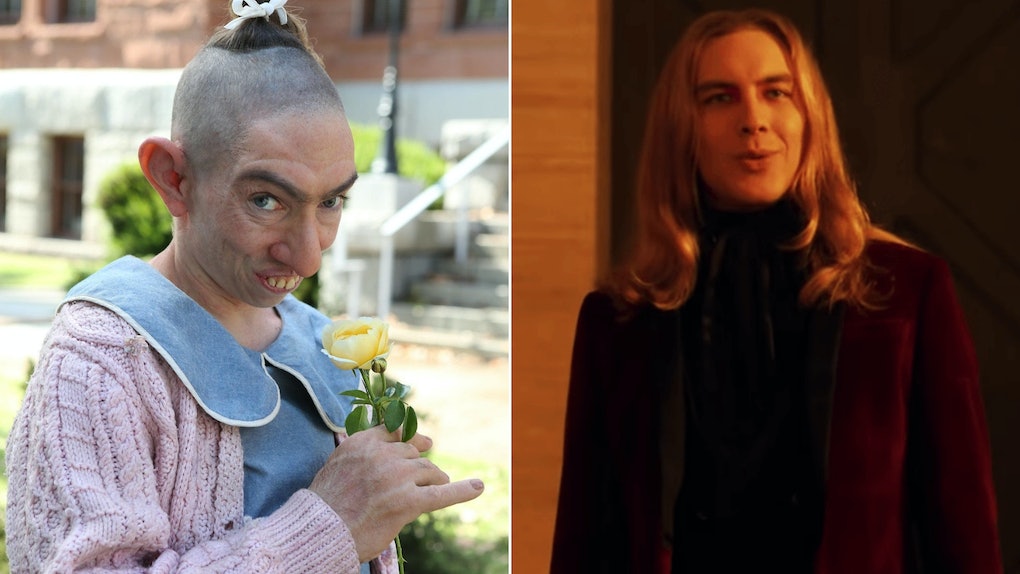 Will Pepper Be In 'AHS: Apocalypse'? Naomi Grossman Returned To The Series

Although Ryan Murphy billed this season of American Horror Story as a crossover between Murder House and Coven, AHS: Apocalypse has really turned out to be an easter egg-filled reward for all the fans who have watched every single season of American Horror Story. And to really have a full AHS crossover season, you obviously need to have the first character to ever appear in multiple seasons to begin with. So, will Pepper be in AHS: Apocalypse? Fans might have actually missed a major Asylum and Freak Show easter egg in last week's episode.

Spoiler alert: This post will include details from Episode 6 of American Horror Story: Apocalypse, "Return to Murder House." Obviously Apocalypse's sixth episode was all about bringing back our favorite Murder House characters, but it also included a low-key nod to Asylum and Freak Show that many hardcore fans might not have even caught.

During a flashback to Michael Langdon's teenage years in the Murder House, a trio of Satanic worshippers are led to Michael and implore him to let them perform and ascension ceremony on him, allowing him to fully unlock his role as the antichrist. The group is led by Anton LaVey, who was the actual founder of the Church of Satan in real life, and of course, Michael's soon-to-be foster mother Miriam Mead was another member of the trio. But the third cloaked woman, whose character is billed only as Satanist Cardinal, may have looked somewhat familiar to AHS fans.

Yep — that was actress Naomi Grossman, who is best know for playing Pepper in both Asylum and Freak Show.

It is not easy to recognize Naomi Grossman without all of her Pepper prosthetics on, but that is definitely her, making her first appearance on American Horror Story as a character other than Pepper.

Of course, Naomi Grossman's appearance in the episode was perfect for this crossover season, since Pepper is iconic within the American Horror Story franchise as the first character to ever appear in two different seasons, spurring countless fan theories about how every season may be connected.

Pepper first showed up in Asylum as a patient at Briarcliff Manor. There, she served as a model inmate, and ended up being abducted by aliens and granted genius-level intelligence. And we learned about Pepper's life before Briarcliff two seasons later in Freak Show, in which she is rescued from an inept orphanage by Elsa Mars and became the first member of her freak show. Later, Elsa's sister and brother-in-law frame Pepper for the murder of their child, which is what lands her in Briarcliff.

Although Naomi Grossman's cameo in the latest episode was a fun wink to Pepper for AHS fans, Apocalypse still has not included any major, legitimate connections to Asylum or Freak Show. So far, the bulk of the season has centered on characters from Coven and Murder House, with Hotel also getting some pretty major, unexpected crossover. With only four episodes left, fans are curious to see if Apocalypse will bring in even more crossovers or remain focused on the Michael Langdon versus the witches plot as it is.