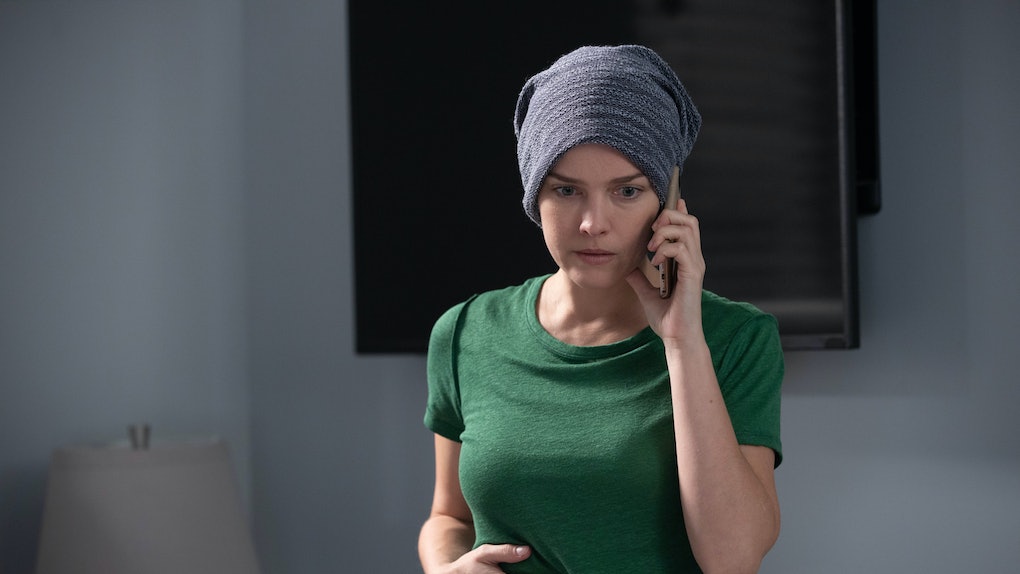 Will Maggie Go To Oxford In 'A Million Little Things'? Her Future Is Unclear

Just when things seem like they could be working out for characters on A Million Little Things, the show knows exactly how to throw them the perfect curveball. The latest one went straight for Maggie and Gary, and it came in the form of a fellowship at the University of Oxford in England. Just as Maggie and Gary seemed to have been making things work in their relationship, Maggie was offered a position that would take her overseas, but will Maggie actually go to Oxford in A Million Little Things? If she does, it would likely change everything for the couple.

Warning: Spoilers for Season 2, Episode 8 of A Million Little Things follow. At the start of the latest episode, Maggie (Allison Miller) and Gary (James Roday) seemed to be in a pretty good place in their relationship. It was nice to see, especially after all the drama that Maggie's friendship with Eric (Jason Ritter) caused. But that happiness was short-lived, thanks to one fateful phone call. At the start of the episode, Maggie found out that she'd made it to the next round of interviews for a fellowship at Oxford. She explained that it would be an amazing professional opportunity for her... but it would also put an ocean between her and Gary for an entire year.

Maggie told Gary that she actually originally applied for this fellowship over a year ago, but when her cancer came back, she deferred her application. However, a couple episodes back, when things were especially tense between Maggie and Gary, she took some time to herself and slipped a mysterious envelope in the mail. It turns out, the envelope contained Maggie's updated fellowship application, and apparently the recipients were impressed by it.

It's hard to imagine how Maggie and Gary's relationship could survive such a long distance. As Gary pointed out, they haven't even been dating for a full year yet, so if Maggie goes to Oxford, they'll be apart longer than they've been together.

Gary was pretty upset by the possibility of Maggie leaving for Oxford, but he was also harboring his own secret. Because of all the time he took off while taking care of Maggie, Gary lost his job. Though Regina found out about Gary's unemployment, Maggie is still in the dark.

Despite his own troubles, by the end of the episode, Gary put on his supportive boyfriend hat and gave Maggie all the encouragement he could. He spruced up her desk with England-themed decor, in honor of her possible move, and he bought her a new wig to wear overseas. So, it looks like if Maggie does get the fellowship and does decide to go, she'll have Gary's full support to do it, but the question remains: Will Maggie and Gary's relationship be able to handle such a long distance? They've made it through a lot together already, but this newest hurdle might take things too far.