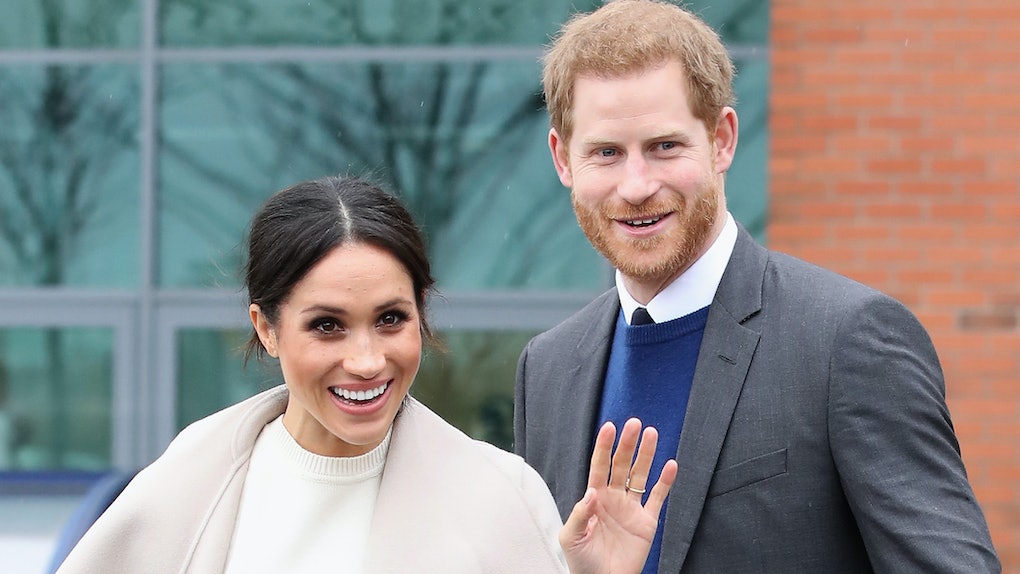 Will Harry & Meghan Write Their Own Vows? It's Not Likely & Here's Why

The royal wedding is officially upon us. We are just three weeks shy of Prince Harry and Meghan Markle saying their famous "I Do"s to one another, and I have never been more stocked up on rosé in my life. Fans are dying to see what Meghan is going to wear, who will be in attendance, and perhaps most importantly, what will be included the famous couple's vows. The public is wondering will Harry and Meghan write their own wedding vows? To be honest, probably not. There's a lot of rules when it comes to being a royal, and making sure you don't accidentally say something dumb AF while the whole world watches you become man and wife is a part of that. Plus, ya know, there's tradition and whatnot.

In general, British royalty culture is built on things like tradition, history, and royal code. Practices and beliefs that might seem like they should have evolved a long time ago are actually still very prevalent today. One, in particular, is what is and is not included in a royal wedding ceremony. For example, Princess Diana famously left out the word "obey" in her vows when she wed Prince Charles in 1981. It was kind of a big deal. Up until that point, the traditional vows came from the Church of England's Anglican Book of Common Prayer, in which the woman promised to "love, cherish and obey," and the husband promised to "love and cherish, till death do us part." Kate Middleton pulled the same move when she married Prince William in 2011. According to ABC News, Markle and Prince Harry will still use the church's vows, but this particular word choice is up in the air.

You don't have to be a raging feminist to see why some women might take pause when it comes to promising to "obey" their husbands. Markle is also known for her women's advocacy work and has also been married once before. Oh yeah, she's also an American Actress who hasn't done one royal thing up until her engagement to Prince Harry. For these reasons, it shouldn't come as a huge shock if she decides to do things a little differently.

In Kate Middleton and Prince William's ceremony, the vows went something like this:

Archbishop: William Arthur Philip Louis, wilt thou have this woman to thy wedded wife, to live together according to God's law in the holy estate of matrimony? Wilt thou love her, comfort her, honor and keep her, in sickness and in health; and, forsaking all other, keep thee only unto her, so long as ye both shall live?

Prince William: I will.

Then, ya know, samesies for Kate.

Then they said this to one another:

Kate Middleton: I, Catherine Elizabeth, take thee, William Arthur Philip Louis, to my wedded husband, to have and to hold from this day forward, for better, for worse; for richer, for poorer; in sickness and in health; to love and to cherish, till death us do part, according to God's holy law; and thereto I give thee my troth.

Sure, I had to Google the word "troth," but otherwise these vows seem fairly straightforward. (For those of you wondering at home, troth is "faith or loyalty when pledged in a solemn agreement or undertaking.")

Yo, dudes. I would love for Markle and Harry to go rogue and throw in some Brian McKnight lyrics, but something tells me they're rehearsing their "troth" pronunciation as we speak.

The royal wedding will take place on Saturday, May 19th, which also happens to be my birthday.

Nothing else to report. Just wanted to work that in.