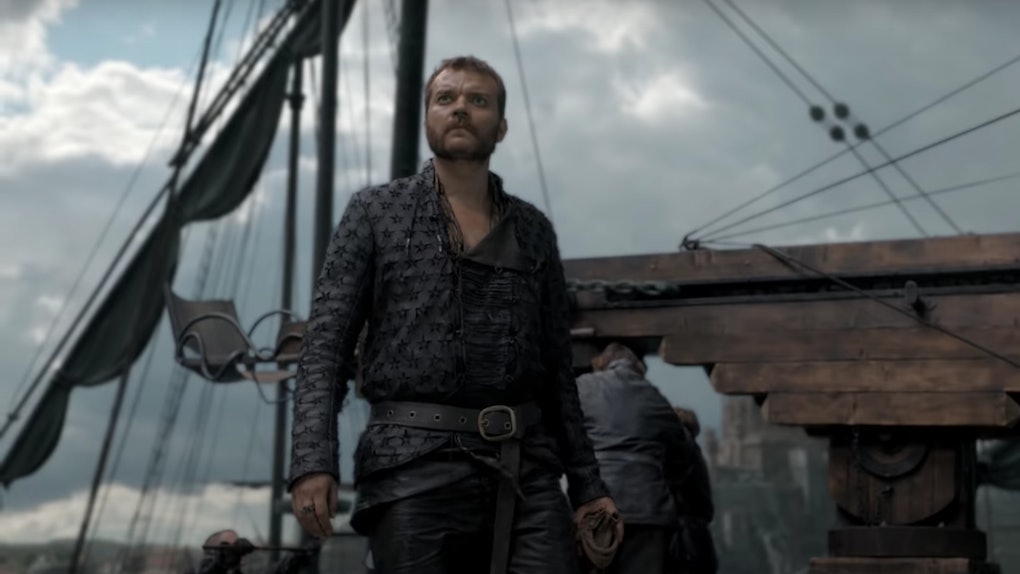 Will Euron Die In 'Game Of Thrones' Season 8 Episode 5? The Promo Has Fans Convinced

There may only be two episodes of Game of Thrones left, but fans can rest assured that they will probably be filled with major twists and unexpected deaths. The teaser for next week's new episode promises that it will center on the final battle for the Iron Throne, which is sure to include a high body count. So, who will be among the fallen characters? The promo clip for the upcoming episode has fans thinking will Euron die in Game of Thrones Season 8 Episode 5.

Spoiler alert: This post contains spoilers from Game of Thrones Season 8 Episode 4, "The Last of the Starks." Although Euron Greyjoy has only been in the last couple seasons of Game of Thrones, he has quickly established himself as one of the most despicable characters on the show. After taking ownership of the Iron Island's naval fleet, Euron creates an alliance with Cersei Lannister and fights for her. This alliance became especially deadly in this Sunday's most recent episode, when Euron's fleet snuck up on Daenerys and surprisingly managed to kill her dragon Rhaegal. And it is this action that has fans convinced that Euron will be the next main character to die.

Although the promo teaser for Episode 5 does not reveal much, it does seem to be hinting at Euron Greyjoy's death. At the very end of the clip, we see Euron look up at the sky from his ship and hear the battle cry of Drogon, Dany's last remaining dragon. The moment clearly seems to be foreshadowing Drogon and Dany getting their revenge on Euron for killing Rhaegal.

Most Game of Thrones fans will probably be rejoicing at Euron Greyjoy's death, but it will also have some complex implications. Later in the episode, Cersei reveals to Euron that she is pregnant with his child. It is still not clear whether Cersei is telling the truth or not, since she was supposedly pregnant with Jaime's child at the beginning of the season but either lost the pregnancy or was lying about it the whole time. But if Cersei is telling the truth, then it is looking like she will be raising the child without a father.

Then again, Cersei also does not have a promising chance of surviving next week's new episode. After seeing the intense rage in Daenerys Targaryen's face after Cersei executed Missandei, most fans are predicting that Dany will be showing absolutely no mercy in her fight for the Iron Throne, which almost definitely means Cersei will meet her end very soon.

And even if Dany is not the one to kill Cersei, there is still that very long-held and popular fan theory that either Jaime or Tyrion will kill their sister. This theory all goes back to a prophecy that Cersei received as a child, which stated that she would be killed by her little brother. Since that prophecy, fans have been waiting to see which of Cersei's brothers would be the one to take her down.

Of course, all of the fans have different theories about who will die in the upcoming battle-heavy episode, but Euron Greyjoy and Cersei Lannister definitely seem like two of the most likely characters to die.