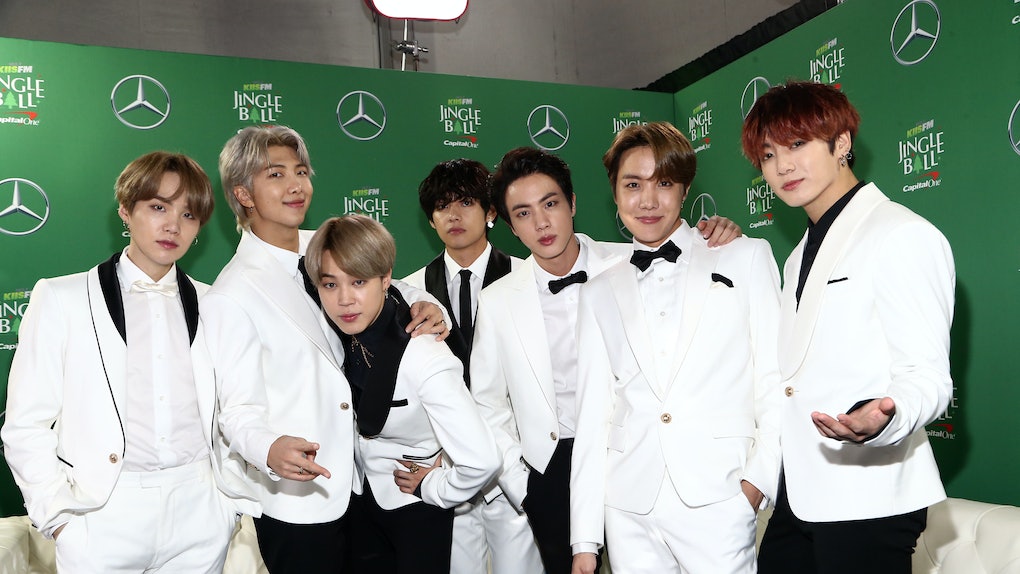 Will BTS Have A 'BE' Tour? The Answer Is Kind Of Complicated

ARMYs waited patiently for RM, V, Jimin, Jin, Jungkook, J-Hope, and Suga to release their BE album, which dropped on Friday, Nov. 20. While there was so much hype and excitement around the record, it also brought up a very important question fans have long been wondering about: Will BTS have a BE tour? Any other comeback, the answer would have been a resounding yes, but in corona era, the answer is unfortunately no. Still, there are definitely some things to look forward to in BTS' very near future.

The boys were originally set to head out on their Map of the Soul world tour in early 2020, but the concerts were all ultimately canceled due to global coronavirus pandemic. While BTS ended up putting on their Bang Bang Con virtual concert in June, and their Map of the Soul ON:E concerts in October, they haven't performed in person in front of fans in ages, and fans have been eagerly waiting to find out if they'll be able to catch the boys live at any point in the future.

Sadly, the answer to a BE tour is a strict no, but the boys do have a few major performances lined up that are the next best thing until music artists are allowed to hit the road again. The list of performances is extensive because the boys are set to hit the stage at the American Music Awards on Sunday, Nov. 22, and Good Morning America the next day to perform their new single "Life Goes On." On top of that, the boys will perform "Santa Claus is Comin' To Town" during the Disney Holiday Singalong on Nov. 30, followed by appearances at the Melon Music Awards, the Mnet Asian Music Awards, the Fact Music Awards, and SBS Gayo Daejeon.

Finally, the boys will participate in Big Hit's big end of year New Year's Eve Concert along with their labelmates like TXT, GFRIEND, and Lee Hyun. The concert will be streamed virtually on Weverse, but a few lucky fans may be able to attend live in Korea if coronavirus social distancing measures allow it.

You can check out their full list of upcoming events and performances below. As you can see, the group is going to be super busy over the next few months, and ARMYs are so ready for all that their performances are going to bring.

Fans love how dedicated BTS is to their music, and these upcoming performances are sure to hold a special place in the hearts of V, Jimin, Jin, Jungkook, Suga, J-Hope, and RM, seeing as how their world, like millions of others, was turned upside down in 2020.

When discussing BTS' concept for their BE album, Big Hit Entertainment wrote on Weverse: "The latest story from BTS begins by declaring that ‘Even in the face of this new normality, our life goes on' and imparts a message of healing to fans and to the world. This album is made more special by direct involvement from BTS in not only the music, but from the concept and composition to design. You will discover throughout the album the thoughts, emotions, and deepest reflections of BTS while experiencing an even richer musical spectrum."

Emotions are sure to be riding high for both BTS and ARMYs alike during their upcoming performances.

More like this
The 'Glee' Cast's Tribute To Naya Rivera At The 2021 GLAAD Media Awards Was So Moving
By Abby Monteil
I Tried Singing While Running Like Miley Cyrus & OMG, My Lungs
By Rachel Varina
Taylor Swift's 'Fearless (Taylor's Version)' Lyric Changes Are Small, But Meaningful
By Michele Mendez
Stay up to date