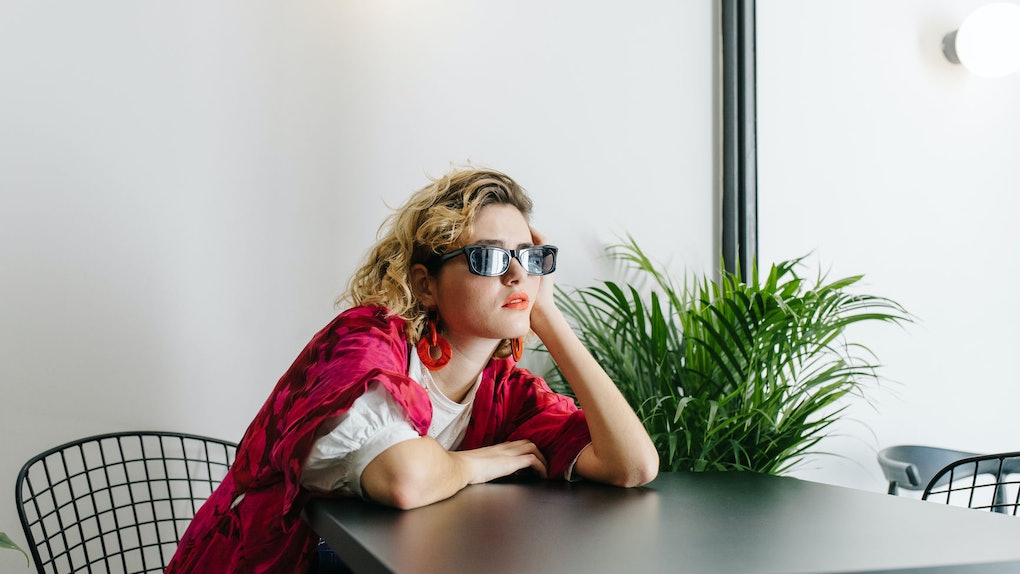 Why Do People Stand Up Their Dates? Psych Experts Explain & It's Infuriating

Getting stood up is one of my worst dating fears. I saw it happen just a few weeks ago to a guy sitting one table away from me at a restaurant. He sipped his wine quietly for half an hour while he clearly waited for someone to join him. Eventually, he gave in and ordered food by himself (probably because the server kept anxiously checking on him), but it made me want to scoot over and invite him to join my table instead. The whole ordeal left me wondering, why do people stand up their dates? Is there a psychological reason for this behavior?

First of all, there’s no one-size-fits-all answer for why someone might stand up a date. Sometimes it’s totally unintentional (maybe they overslept or got the time mixed up), and sometimes it’s because of nerves. Nikki, 27, describes a time when she stood up a date because she was scared of how much she liked him. “I just had this crazy feeling about him and our connection,” she tells Elite Daily. “When it came time to actually meet him, I became so scared, so I bailed.” She unmatched him on Tinder and didn’t say a word. Looking back, Nikki says she feels awful about her decision, but she blames it on the stress she felt in the moment.

In Nikki’s case, her fear came from a relatable place. But it made me wonder… is there a more sinister reason why some people might choose not to show up to a date? I reached out to behavioral scientist Clarissa Silva to get her opinion, and her explanation was super enlightening. As it turns out, it all has to do with how each person reacts to emotional situations. “What is driving the behavior is what I call ‘Detachment Styles theory,’” Silva explains. “It is their detachment to emotional outcomes that is making some people behave the way they do.” In an effort to avoid dealing with their feelings, some people may choose to run away from situations that make them uncomfortable. It’s the same conflict-avoidant behavior that causes people to ghost.

Silva outlines the two types of people most likely to stand up a date: those with “dismissive” or “displaced” personalities. Dismissive people people are “more likely to stand you up because they have a fear of faulty decision making, and they don’t trust themselves emotionally,” she tells Elite Daily. They might get cold feet before a date and decide to skip it. Alternatively, displaced people have anxiety about meeting someone in person whom they’ve been talking to exclusively online. “They attach to their digital world and persona as a source of support and human interaction,” Silva explains. “They stand people up because of their fear of abandonment, insecurity, [and] their constant desire and need for reassurance.” Once the online interaction transitions to an IRL date, they aren’t able to hide behind their digital mask, and they freak out.

Dr. John D. Moore, licensed psychotherapist and cognitive behavior specialist, also believes that people stand up their dates out of a need for validation. “Some people invite others on dates impulsively in a misguided attempt to validate their feelings,” he tells Elite Daily. “For these people, actually meeting for the date isn't as important as getting a ‘yes’ to the initial request.” They might enjoy the adrenaline rush of asking someone out, but once that’s over, they have little interest in making a real connection with someone.

Unfortunately, people like this aren’t likely to change their behavior if you try to reschedule the date or see them again. “They got what they needed (validation) and have moved on to their next person,” Moore explains. “It's a clear warning sign to stay away from that individual in the future. If you try to force it, they might respond, but you'll end up getting breadcrumbed.” Even if they show up for the next date, you probably can’t count on them to be a reliable or committed partner.

But there are always exceptions to this. If the person genuinely realizes their mistake, and if you decide they’re worth a second chance… you never know how things might turn out. For Nikki, her failed date debacle turned into an unexpected redemption story. She ended up rematching with the same guy on Tinder two months later, and she was determined not to take him for granted this time. “I decided to take the leap of faith and message him first; I apologized for standing him up that day and explained why I did it,” she says. “We talked for hours that night, [and] the connection was still there.” Nikki gave him her number so he could decide whether to give their date another shot. The next week, they went out for real, and Nikki says it was “the best date of my life!”

As infuriating as it can be to have a date stand you up, always remember that you are worth someone’s full time and attention. “Being stood up has nothing to do with you; it has to do with the other person’s detachment style,” Silva assures. Don’t blame yourself, and only give them another chance if you truly feel they are worth it. In Nikki’s case, things worked out in the end, but other times, you’re better off leaving that person in the dust.

In any case, someone’s choice to stand up a date can teach you a lot about their personality, which may help you decide if you want to reach out to them again. You’ll learn quickly whether this person was worth your time and energy, and if they’re not, you can move on to someone who is.