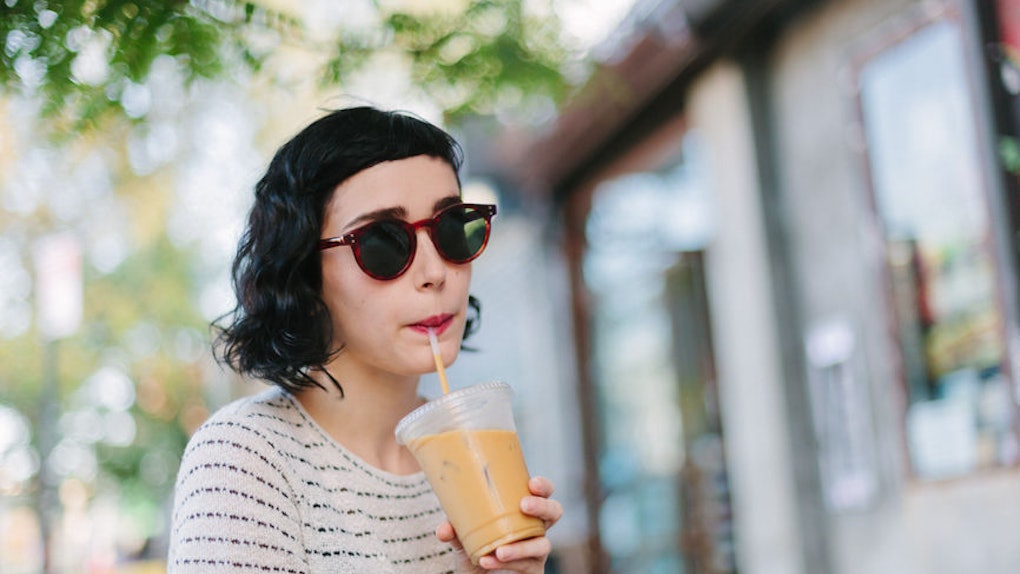 If You Think You're Getting Stood Up, Here's What To Do Next

Dating can be a lot of fun. You get to meet new people, have new experiences, and on an especially good date, add a little romance to your life. But with all the good stuff, there are also some downsides to putting yourself out there, like awkward dates, or dates that don't happen at all because the other person doesn't show. Being stood up is not great, but sometimes, it comes with the territory. And if you think you're getting stood up, fear not. There are ways to make it less painful and uncomfortable.

The first step, according to Alessandra Conti, matchmaker, dating expert and co-founder of Matchmakers In The City, is to just accept that sometimes it happens, but it's hardly the end of the world. "In our generation, apps have made it incredibly easy to make plans and then flake on plans," Conti tells Elite Daily, adding "especially if the plan is vague, and there is no set date/time/location, so be sure to firm up plans at least a day before you are set to meet up." To avoid being in this situation to begin with, she suggests: "On the day of your date, do not be afraid to shoot the person a text, 'Hey! Still on for tonight?' It is always good to text your date when you are on your way to the location to give them a realistic ETA. If you are running a few minutes late, it is best to let them know, or you might risk them thinking that they are the one getting stood up!"

While the best defense is a good offense, sometimes flakiness just happens and, in that case, here's how the experts say to handle being stood up with grace.

So, you think you’ve been stood up. What should you do?

First things first, don't panic. Elle Huerta, CEO and founder of the breakup app Mend, tells Elite Daily, “If they're 10 minutes late, try not to go too deep into storytelling mode because you don't have all the information yet.” The key here is to just try to keep your mind occupied. “This is a good time to distract yourself on Instagram and not feel badly about it!” says Huerta.

After that initial 10 minute window, if your date still hasn't shown, Conti says your best bet is to just try and reach out and see how they respond. “Give the person an old-school phone call,” she advises. “They may be driving and unable to text, so give them the benefit of the doubt with a phone call. They also may be at the actual location, but can't find you, so if you are waiting, do not assume the worst! Always give the benefit of the doubt.”

It’s official, your date isn’t going to show up. What now?

If they don’t answer when you reach out or make contact to explain on their own, it’s a safe bet to call it at 15 minutes, says Huerta. “If they don't respond with an update or explanation immediately, it means they are intentionally being avoidant or they're in some sort of situation where they can't text.” She adds, if they haven’t made the effort at this point, you've given them the benefit of the doubt and there’s no reason to keep waiting. “Emergencies happen from time to time, but if they get back to you with anything but an over-the-top sincere apology and plan to make it up to you, you have dodged a major bullet and it's worth celebrating,” Huerta adds. “Trust your gut.”

Being stood up rarely feels great, but don’t beat yourself up about it. Conti agrees, saying, “You should absolutely not feel embarrassed at all. Dating is tough. You never know what kind of emotional issues the other person is dealing with. Maybe they have crippling social anxiety, and had a panic attack on the way to see you. Maybe they just got out of a traumatic relationship, and thought that they were ready to date, but ended up not being [ready] after all.” Whatever the case may be, the most important takeaway here is that you should not take it personally. “They do not know you. You are merely a representation of the dating world to them, and they were not ready to take that leap,” says Conti. So, yes, it’s a bummer, but shake it off. In this case, it really isn't you. It’s them.

Here's why being stood up isn’t the end of the world.

The best way to deal with the situation, says Huerta, is to avoid being hard on yourself and do some self care. “Being stood up isn't a graceful situation, so cut yourself some slack if it throws you off. Call your best friend or someone you can talk to as you're leaving if you feel embarrassed.” She also says that just because you didn't go on the date doesn't mean you have to miss out. “If you were looking forward to dinner, get on Uber Eats or Postmates and order your favorite dinner so that you have something arriving as soon as you get home.”

While being stood up in the moment can really suck, take it from someone who has been there: The sting goes away quickly and, who knows? Maybe being stood up is a blessing in disguise. Like Conti says, “I once met a guy out at a bar who was stood up from [a date],” she says. “He was at the bar alone, was about to leave, and then I bumped into him and we started chatting. We ended up chatting for the rest of the night, had an absolute ball, and going out for a few months. This story just goes to show: If you are stood up, brush yourself off, have a drink at the bar/restaurant, and chat with a cute girl at the bar... you never know!”

Truly, you never know when or where you'll meet someone special. Try to remember that it's not your fault you got stood up, and that it doesn't mean there's anything wrong with you. Whoever stood you up was probably dealing with a lot of their own personal problems. You are fabulous, and whoever you do end up going out with is so lucky!