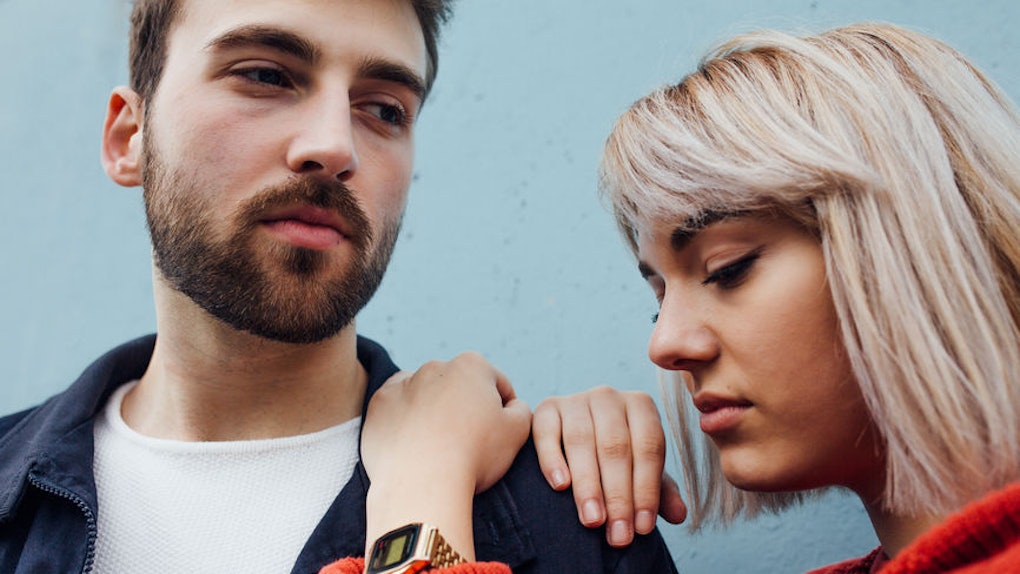 4 Things You'll Notice If Your Significant Other Isn't Committed, According To Experts

Committing to someone special can be a big step for a relationship, but the fact that "commitment" can mean different things to different people can complicate things a little. While you and your partner may define commitment differently, there are a few factors that are pretty standard indicators of commitment, or lack thereof. Some of the things you'll notice if your significant other isn't committed may be more subtle, like the words bae uses, or more specifically, doesn't use. Or they could be on a much bigger scale, like not wanting to make any plans together in the near or distant future.

How you approach the topic of commitment with your SO varies depending on the kind of person they are and the relationship the two of you have. If "you are dating a super independent type, they may rubber band (need to pull away for 'space' to make sure you don't try to control them) before coming closer and diving into deeper intimacy and commitment," Diana Dorell, intuitive dating coach and author of The Dating Mirror: Trust Again, Love Again, tells Elite Daily. "Pushing for the 'C word' too soon can backfire and feel like unnecessary pressure, but it's also important to be true to yourself. Define what 'full commitment' means to each of you so you know what it is and how to communicate that to them."

Once you and bae have talked about what commitment means to each of you, you may start to notice a shift in the way they act. Maybe they'll start doing things that provide you with a sense of comfort that you're both on the same page, or at least working toward it. Or maybe after talking it over, your SO may be hesitant to fully commit to you the way you deserve, which isn't fair — especially if you're all-in and have been since day one. Here are three things you may notice if your case is the latter.

1. They don't want to make any future plans.

If you're in a serious, committed relationship, you and bae are probably making plans for all sorts of things — from backpacking across Europe to where you're going to celebrate your birthday next month, or more simple things like what you're doing next weekend. But if your SO is unsure about their commitment to you, they may be more inclined to "go with the flow" or not "make plans too far in advance," Dorell says. "It's really about maintaining their independence, freedom and fear of being locked down to anyone's schedule."

2. They refuse to attend family functions with you.

Perhaps, you have a family wedding coming up, and you excitedly ask your partner to be your plus one, only to be turned down because they "have a thing that day." "Making up excuses to not be your plus one to weddings, important family functions or events that are important to you is another sign that they may not be fully committed," Dorell explains.

3. They don't consider you or your relationship when making big decisions.

Life doesn't stop when you're with someone, even if does feel like the world stops spinning when you're together. So, of course, throughout your relationship, there may be a time when bae gets promoted and maybe has to relocate, for example. Ultimately, the final decision about what to do is theirs, but a committed SO would include you in the decision-making process. "Whether or not you're taken into account, even if it ends up being their decision in the long run," can tell you whether or not bae is committed to you, life coach Pricilla Martinez previously told Elite Daily.

4. They veer away from discussing commitment.

Maybe you've noticed a change in the way your SO acts around you, especially if you think it might be a reflection of their waning commitment to you. If, when you bring it up to them, they avoid "engaging in communication or discussions centered around commitment or even getting closer in the relationship," that may be a sign they're not fully committed, Dr. Fran Walfish, Beverly Hills family and relationship psychotherapist, author of The Self-Aware Parent, regular expert child psychologist on The Doctors, and co-star on Sex Box, tells Elite Daily.

If you tried to approach your partner's diminishing commitment to you in a nice way, and it didn't exactly play out the way you wanted it to, it may be time to have an even more serious conversation with them. "You need to have a painful honest, straight talk with your partner," Dr. Walfish says. Tell them the truth about what you're feeling, she recommends. Ask them to be open about where they really see the relationship going. "Be kind, open-minded and patient," she elaborates. "Let him know that you care deeply for him and need to know whether both of your needs can be satisfied in this relationship."

If bae pulls back or still seems as hesitant as they did before this conversation, it may be in your best interest to move forward without them, Dr. Walfish says. "You will save yourself years of anxiety, frustration, and unnecessary grief trying to grab hold of someone who is pulling away from you. You deserve better." You most certainly do.