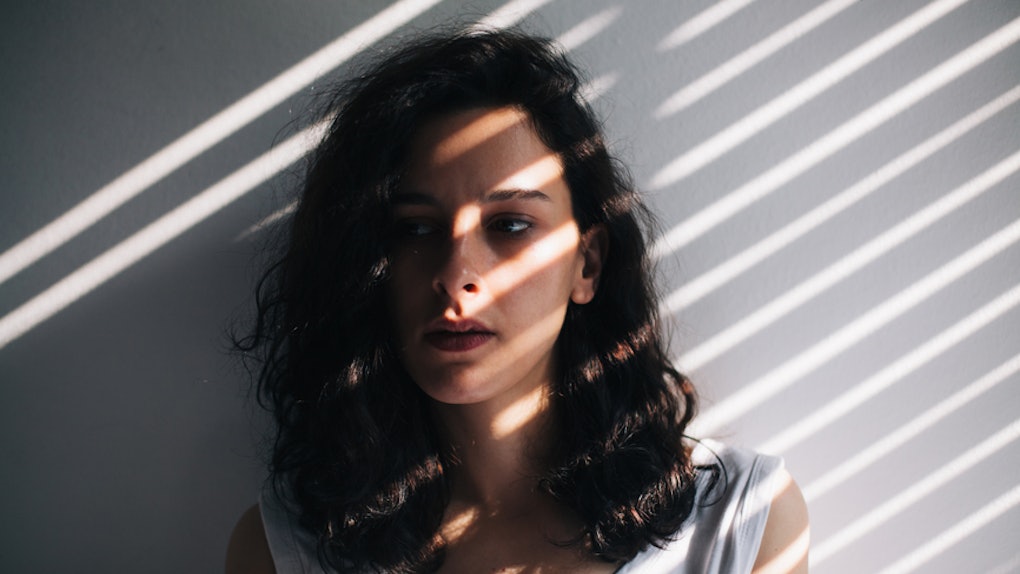 Why Do I Wake Up Tired After A Good Night's Sleep? These 5 Things Might Play A Role

Getting a good night's sleep can turn a Monday into a holiday, if you do it right. After sleeping a solid eight hours, you probably expect that you're fully rested and ready to greet the challenges of the day — so why do you still wake up tired after a good night's sleep? It can seem like a math equation without a solution, especially when you've literally been sleeping for that whole time.

Unfortunately, all sleep is not created equal. If you wake up groggy even after a full seven or eight hours of rest, you might not be reaching all stages of your rapid eye movement (REM) cycle, which makes up 25 percent of your overall sleep cycle, and is responsible for helping your brain store new memories, as well as regulating your mood, according to the National Institute of Child Health and Human Development.

The bad news is that you have to admit you're still not feeling well-rested, even after all of that effort to get snuggled into bed by 9 p.m. But the good news is that all hope is not lost: There are a number of ways you can look into your poor sleep and hopefully find a solution. From the foods you eat, to the way you dress, to the overall environment of your sleeping location, there's more than one way to increase your restfulness, besides simply closing your eyes a little earlier each night.

Here are five reasons you might not feel rested after a good night's sleep, and what you can do to catch the shut-eye you want.

1. Your Pajamas Are Uncomfortable

If you're waking up sweaty and hot, or with those pink elastic lines on your skin, your pajamas might not be putting you in a position to get the best rest.

Ideally, you want to sleep in roomy clothing that doesn't constrict you or trap in heat. Fabrics to avoid include polyester and rayon, which constrict heat and moisture, and fabrics to look for include natural, breathable fabrics, like cotton, linen, and bamboo.

Even if you think you're someone who gets cold easily and needs the bedroom to be on the warmer side, it's not ideal to sleep in a sweltering space. If your room is too hot, then that might make you sweat or have a fitful sleep. According to the National Sleep Foundation, the ideal sleeping environment is just a little bit cooler than you might think, at around 65 degrees Fahrenheit.

If you're able to adjust the thermostat in your room, definitely try to do that. If not, you can also adjust the circulation of airflow in your room by opening the window or setting up a fan nearby.

3. You Had A Big Dinner Right Before You Fell Asleep

When you eat a big meal right before bed, your body produces more energy for the sake of digestion, which might potentially disrupt your sleep cycle, according to dietitian Chloe McLeod. She told Huffington Post Australia,

I wouldn't be suggesting to come home late and have a giant meal. Have something which is lighter and easier to digest.

McLeod also noted, though, that you shouldn't go to bed starving, either. She suggested making something light, like a veggie omelette or a bowl of soup, if you do end up making dinner right before bed.

4. You're Not Timing Your REM Cycle Correctly

If you wake up in the middle of your REM cycle, then you might feel groggy and exhausted even after a solid eight hours of sleep. All REM cycles are a little bit different, according to the National Sleep Foundation, but the average one lasts around 90 minutes.

Ideally, you want to plan for sleep in 90-minute increments, according to the organization, so that you don't wake up in the middle of your REM cycle. For example, if you go to sleep at 10 p.m., you should either aim to wake up at 5:30 or 7 a.m., rather than 6:15.

5. You're Scrolling Through Your Phone Immediately Before Bed

If you have a habit of checking up on all your news feeds immediately before you go to sleep, it might be messing with your sleep cycle more than you think. According to Live Science, blue light (which is the type of light emitted from phone and laptop screens) can confuse your body and trick you into thinking it's not actually bedtime, thus leading you to stay up later than you normally would.

Try leaving your phone as far away from your bed as you can when it's time to go sleep, even if you use it as your alarm in the morning. Besides, if you can manage to leave the device a few footsteps away from your nightstand, that means you'll definitely be able to get yourself out of bed in the a.m. for the sheer sake of turning off that annoying alarm, right?