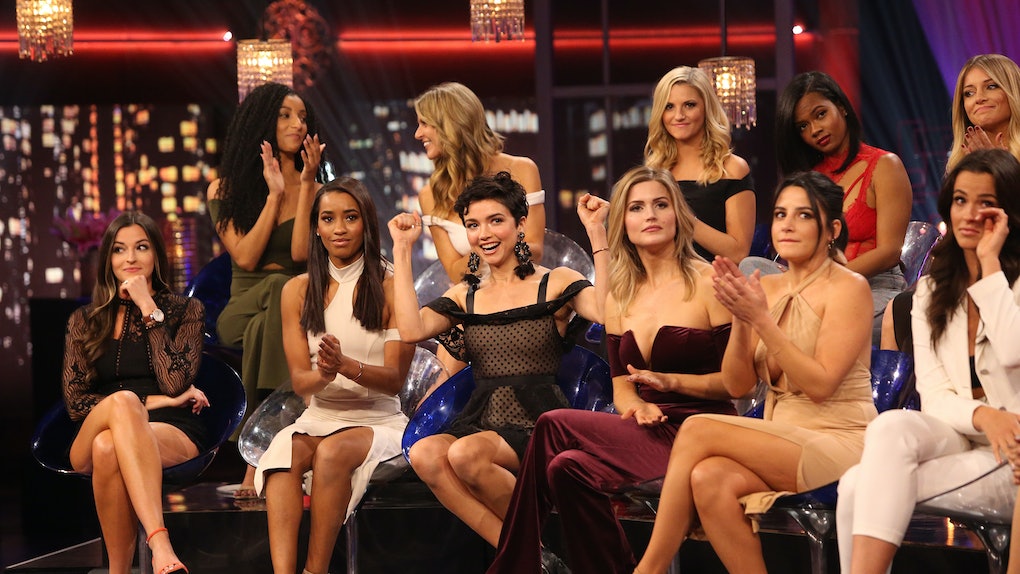 Who Will Be 'The Bachelorette'? Here's Everything We Know About Our Next Leading Lady

Season 22 of The Bachelor is about to reach its dramatic conclusion. Following the show there's Tuesday's After the Final Rose, which means an announcement about the next Bachelorette might be right around the corner. The contestants from Arie's season were an impressive bunch of women, though past seasons also have possible contenders for the coveted role. So, who will be The Bachelorette? Bachelor Nation is chomping at the bit for an answer.

The job of going on dates with eligible bachelors vying for your affection and eventual hand in marriage on national TV isn't for everyone, but it could pay off. Rachel Lindsay, last season's star, found everlasting love with Bryan Abasolo. Her predecessors JoJo Fletcher and Kaitlyn Bristowe are still going strong with the winners of their respective seasons. Looking at The Bachelorette's storied history, the show's success rate beats that of its male counterpart. Hey — 6 outta 13 isn't bad! While Paradise is always an option, this position of Bachelorette is often in the sights of franchise alums looking to start a new chapter in their reality TV quest for love. Unless ABC throws audiences a total curveball, all signs point to a shortlist of potential leading ladies for the upcoming Bachelorette title.

The physical therapist from Weiner, Arkansas may have gone home right after hometowns on Season 22, but fans still took notice of her southern charms. She seems like a clear fit for the spot, but there's also that Bachelor In Paradise option, considering her bestie Raven Gates connected with boyfriend Adam Gottschalk on the show last summer.

"Honestly, I wouldn't want to get my hopes up too much about being the next Bachelorette because I know there are some amazing women obviously in the running for it," Tia told E News! on her Bachelorette hopes. "but I think it would be great to continue in the Bachelor family, whichever outlet that may be."

Smart sweetheart Seinne is a fan favorite among many viewers — Twitter is certainly rooting for her. And although Seinne is still single looking for the right guy, she's aware of the challenges the position posits. I "I think it's definitely quite the role... Everyone thinks it's an honor, which it is, but I believe that it's harder than it looks. I would consider it if asked, but I haven't been asked, so we'll see," she told E! News.

Just because her age was a major topic of discussion — Bekah is 23 now —doesn't mean she wouldn't make a fun Bachelorette to watch in action. The cool LA nanny with the entertaining sense of humor won over Bachelor Nation during her time on Arie's season — so, is she ready to hand out those roses? She called her feelings on the subject "complicated" in an interview with Glamour. Bekah elaborated:

Yes and no. I think yes just because going through experience I never expected to have a genuine connection with the person on it, but Arie and I did have quite a great relationship. There was so many feelings, and we learned so much about each other. I learned a lot about myself through him on the show. I don’t think we'd work in the real world [because he's] 14 years older than me and lives in Scottsdale, but if there was a season where there were 30 men who were there for me, who were selected for me, it’s like, wow. Going through that process and having all of that for me, I’m sure there'd be a man who I could spend the rest of my life with from that pool. It just seems like it could totally happen.

Quirky taxidermy-enthusiast Kendall was a refreshing joy to watch on Arie's season. She may not have made it to the final two, but there's hope from viewers she'll continue her reality TV journey yet. The fact that she was in the third runner-up spot make her chances at a Bachelorette gig or at least a spot on Paradise a pretty safe bet... if she's interested. For now, she's working on getting her book of 100 questions off the ground.

It's been teased to oblivion — next week's finale is the "most dramatic in Bachelor history." No matter what actually goes down, there's always the chance that one of the last women standing will be the next person to give out roses.

Ladies and gentlemen, make way for a fan favorite from seasons past. Becca Tilley competed on both Season 19 and 20 of The Bachelor, so she's a familiar face of the franchise that people seem to adore. Even though she's happy to just observe from the sidelines, she might just consider the job if asked.

"I like to say that I'm retired from the Bachelor world, but also if you would have asked me if I would have gone on a second season after Chris' season, I would have said no. I will never say never, but as of now, I enjoy watching it with my dinner in my lap on my couch," Becca revealed to Bustle.

Kristina was on Nick Viall's season of The Bachelor before making a splash in last summer's Bachelor in Paradise. She was at the center of that mess of a Dean Unglert and Danielle Lombard love triangle, which resulted in her leaving Mexico after speaking out on how she felt disrespected and devalued.

After her emotional exit, many wondered if the endearing 25-year-old would go on to Bachelorette stardom. "I want to find someone, I'm open to that..." Kristina recently shared with Extra. "Obviously I'm dating now, I'm still on the lookout..."

Oh, the possibilities! Your move, producers. Bachelor Nation is waiting.