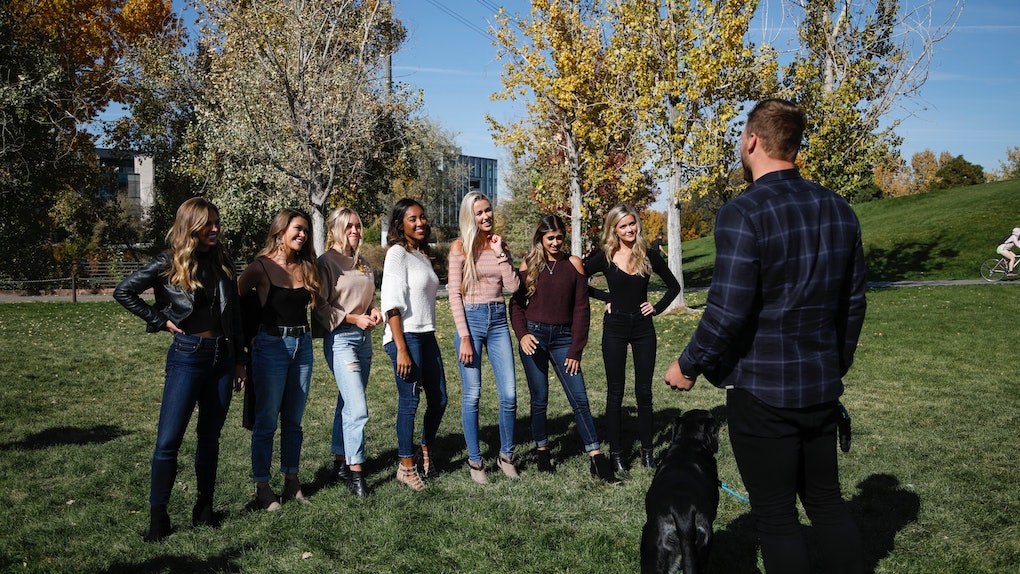 Who Will Be The 2019 Bachelorette? Fans Are Rooting For These 4 Contestants

It's hard to believe that Colton's season of The Bachelor is already almost coming to a close, but there are only four ladies left, and hometown visits are already next week. With Season 23 winding down, Bachelor Nation is turning its attention to what's on the horizon: the next season of The Bachelorette. It'll be a whole new summer of love as one lucky lady gets to choose her partner from a mansion full of eligible men. But, the question remains: who will be the 2019 Bachelorette?

During their trip to Denver, tension started to arise between Colton's women over which of them had been secretly going after the title of Bachelorette. Tayshia told Colton that Caelynn and Cassie were more interested in being the lead in their own season of the reality franchise that actually pursuing a relationship with him. That notion rattled Colton, who has made it clear he wants to make sure he ends up with a woman who's in it for the right reasons. Ultimately, Caelynn and Cassie still got roses, but the fact remains that Colton will choose only one woman at the end of this season. That leaves a bunch of options for the Bachelorette among this season's ladies. So, who will it be? There are a few frontrunners that fans are rooting for.

When Colton asked Caelynn about her possible Bachelorette aspirations, she told him that she was on The Bachelor for only the right reasons. Although, some fans did notice that her face did suspiciously light up at mention of The Bachelorette, so there's always the possibility she really could be interested in being the Bachelorette. Caelynn already has a ton of experience in front of big audiences thanks to her time competing for Miss USA, so we know she'd be able to handle the spotlight being only on her.

The Bachelor isn't Cassie's first time on a reality show, since she previously appeared on the series Young Once in 2016. The show followed the ups and downs of life at her Christian college Biola University, and dating was a major part of it. So since The Bachelor is Cassie's second time exploring her relationships on camera, so she'd for sure be a natural doing it all over again on The Bachelorette.

Tayshia is clearly not afraid to take chances. She took a leap of faith with Colton on their bungee jumping excursion and she has never been afraid to take some private time with him to tell him exactly what she's thinking. That kind of confidence would be fun to watch for an entire season on The Bachelorette. Tayshia warned Colton of other women trying to get the Bachelorette title, but she might end up being the best pick for it anyway.

As soon as Elyse left The Bachelor during Week 5, fans began rallying for her to be the next Bachelorette. She connected with Colton right off the bat after they had a sweet one-on-one at a carnival. But, the stress of watching him date other women while she was falling for him was too much, and so Elyse took herself off the show. That means she's still looking for love and could use The Bachelorette to find her match. But, if she didn't like Colton dating multiple people, would she be able to handle dating multiple people herself? Only time will tell.