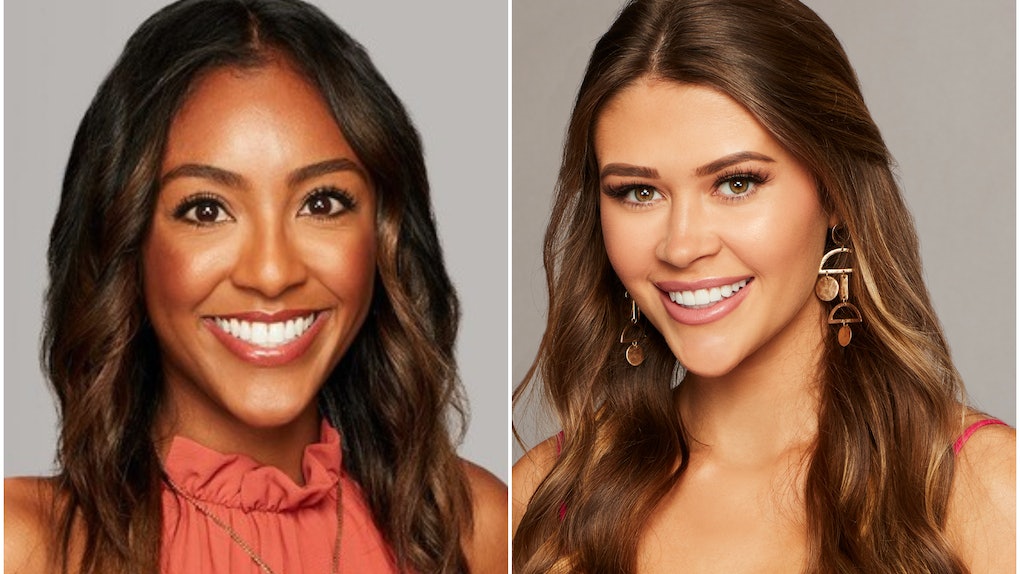 With only about a month left of the current Bachelor season, fans are naturally curious about which women will take over the Bachelorette title next. But discussion about that possibility doesn't exactly look great when you're still a contestant on the show, and Season 23's Caelynn learned that hard way. Tayshia accused both her and Cassie of talking about becoming the next Bachelorette, but Caelynn denied the claims on her one-on-one date with Colton in Feb. 18's episode. Does Caelynn want to be the Bachelorette? Let's try to break this down.

ICYMI, all three of last week's eliminated women warned Colton about falling for girls who weren't ready for the lifelong commitment he wanted. On her one-on-one date in Colton's hometown of Denver, Tayshia then followed up on their concerns by naming names. She filled Colton in on Cassie and Caelynn discussing the opportunity of becoming the Bachelorette and being more interested in the fame of post-Bachelor life. I mean, some of those Instagram partnerships do seem like sweet deals.

Colton understandably flipped over the news, especially because Cassie and Caelynn were essentially front-runners in the competition. "I had no questions for Caelynn and Cassie, and now I do," he told cameras. After giving Tayshia, 28, a rose on her date, Colton invited Caelynn, 23, to the next private date, meaning that a major confrontation was coming up.

Although they kicked off their day together with snowboarding, Colton and Caelynn soon headed into serious territory. Colton brought up Tayshia's confession about Caelynn being there for the wrong reasons, and Miss North Carolina denied it. "It doesn't make any sense to me...I hate this," she told him. "It terrifies me to know the way that I'm feeling and that I could lose you over something that's completely fabricated."

While the stress of the situation sent Colton into tears with producers, Caelynn got busy clearing her name. She insisted that only she knew if she was ready for marriage and that she was genuinely falling in love with him. Her promise of marriage and babies earned her a rose from Colton, but Caelynn's little victory also gave her the confidence to later confront Tayshia about what she said.

Once again, Caelynn was ready to call out those Bachelorette rumors as lies, but Tayshia had her receipts for dealing with the drama. Referring back to other contestants' warnings, she pointed out that the only people who "acted defensively" after Katie closed the trio of vague goodbyes were Caelynn and Cassie. Rather than explain her reaction, Caelynn seemed to dismiss Tayshia as a fake friend. Not the best clapback, girl.

Although Caelynn's beauty queen background would make her quite the poised Bachelorette, she was pretty solid in her wife material pitch to Colton. We have to wait and see if her beef with Tayshia continues after hometown dates, but at this point, we can probably consider both women as solid Bachelorette contenders. Will Tayshia pop up to say "I told you so" if Caelynn gets the gig?