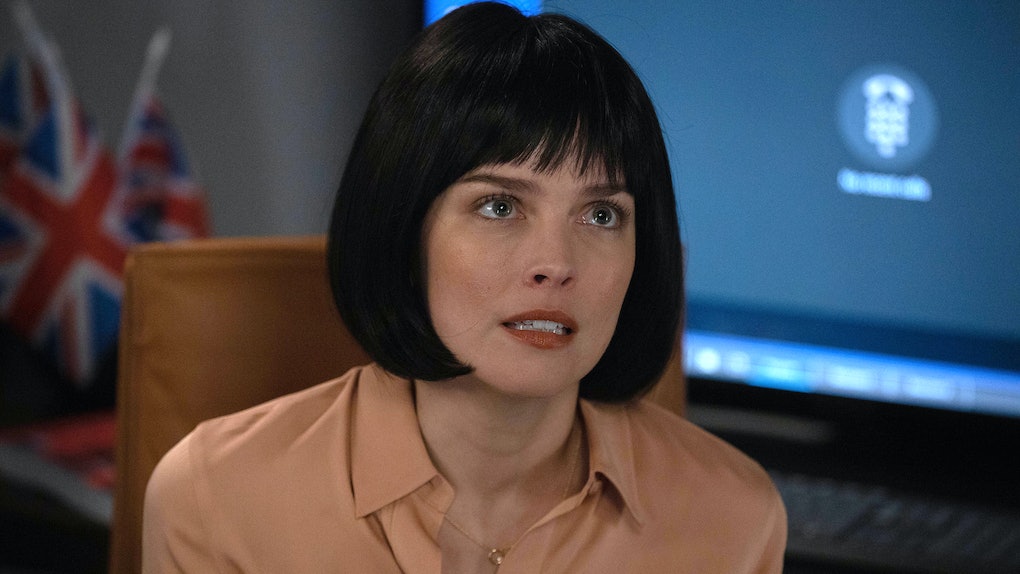 Who Was Eric Talking To On The Phone On ‘A Million Little Things'? It's A Mystery

The midseason finale of A Million Little Things was a freaking doozy. Lives were at stake, a whole lot of secrets were revealed, and it looks like some relationships will truly never be the same again. After you've taken some time to recover from this emotional episode, you're probably going to be wondering about that cryptic moment that happened at the very end. For those who may have missed it, Eric was talking on the phone to someone, and A Million Little Things fans should definitely be concerned. Judging by the mysterious way the call was presented, the identity of the person at the other end of that phone could mean a big change is coming for Maggie.

Warning: Spoilers about Season 2, Episode 9 of A Million Little Things follow. Things have been sort of rocky between Maggie (Allison Miller) and Gary (James Roday) for a while now. But all of their issues came to a head during the Nov. 21 episode of A Million Little Things. Maggie was waiting to hear back from a fellowship program at the University of Oxford and preparing for the possibility that she might move to England. Gary, it turns out, was ready to possibly make the move with her, but Maggie seemed a little hesitant about them taking that big of a step. She seemed even more hesitant once she discovered an engagement ring in their apartment.

Maggie immediately seemed super-uncomfortable with the idea of getting engaged. She asked Gary about the ring and he explained he had purchased it when Maggie's cancer returned, but he wasn't planning on proposing any time soon, now that she's in remission. Maggie was pretty relieved to hear that, but her relief was not something Gary was relieved to see. He took it as a sign that Maggie wasn't fully committed to him, and Maggie admitted she didn't exactly know what to do with her life now that she's cancer-free. That revelation was enough for Gary to break up with Maggie, and that's how she wound up packing up her stuff at the end of the episode.

Maggie was not alone, though, as she moved her stuff out of Gary's apartment. She enlisted the help of Eric (Jason Ritter), who has already created a lot of drama for Maggie. And now, judging by their latest moment together, it looks like he's probably going to be shaking things up for her even more. While he was helping her move, Eric received a mysterious phone call. As he was seemingly out of Maggie's earshot, he told the person at the other end of the line that he was helping Maggie move. He also said, "I'm gonna tell her. Now is just not the right time."

It's unclear what Eric has to tell Maggie, or who he was talking to. Fans know Eric is close with Maggie's mom Patricia, so there's a chance he could have been talking to her. But he called the person on the phone "buddy," which doesn't seem like the kind of nickname he'd have for her. There's also the possibility that Eric's big news has something to do with Maggie's late brother Chad, whose heart is in Eric's chest now. Or, it might be about Eric's friendship with Maggie, and the fact that he could want something more romantic with her. The only thing fans know for sure is that they'll have to wait until the show returns next year to get some answers.

A Million Little Things will return after a mid-season break in early 2020.