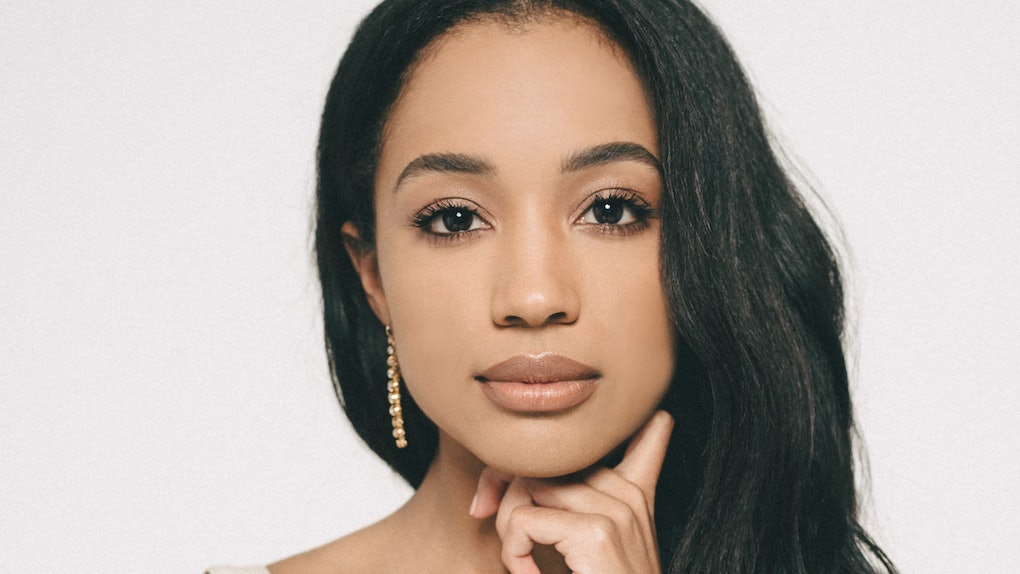 Who Is Tabitha Tate On 'Riverdale'? Erinn Westbrook Is Joining Season 5

It looks like there's a new resident coming to Riverdale. The series known for its twists and turns is adding another notable face to its already impressive roster. In a tweet on Sept. 29, series creator Roberto Aguirre-Sacasa announced Erinn Westbrook is joining Riverdale as Tabitha Tate. But who is she? That's the question on fans' minds now as they wait for Season 5 to arrive.

Fans already knew Season 5 was going to be different thanks to the seven-year time jump that will reportedly take place early on in the season. After Riverdale High prom and graduation, viewers will see the Core Four again when they're in their mid-20s. While this leap was originally supposed to happen at the start of Season 5, it will now take place a few episodes in, since Season 4 ended early due to the coronavirus pandemic. So, where does Westbrook fit into the picture? She's joining the series as the granddaughter of Pop Tate, who owns the beloved Chock’lit Shoppe.

According to Deadline, in Season 5, Tabitha Tate takes over Pop's diner and is looking to franchise the joint. As for what that means for Pop, the jury's still out. Some fans think she will replace Pop after he dies, and that his funeral is what brings the Core Four back to Riverdale after the time jump (get your tissues ready in case this theory is correct).

While there's no news on what exactly Tabitha will be up to in addition to running the Chock'lit Shoppe (nor what will actually happen to Pop), it's clear the Rverdale cast and crew are pumped about the newest addition. Lili Reinhart tweeted her well wishes to Westbrook, saying, "Welcome to the family." Meanwhile, Aguirre-Sacasa teased Pop Tate's fate on his own account.

Westbrook also shared the news on Instagram with a caption reading: "So very excited to finally be able to share this news. Looking forward to a fun ride! See you soon, Riverdale... 😉❤️."

Westbrook should fit in quite nicely on the wildly popular series. She's already appeared on hits including Glee, Awkward, and Jane the Virgin, and she played Magnolia Barnard in Netflix’s Insatiable. She can also currently be seen on Fox's The Resident. As for what the town will put her character through — and what her appearance means for Pop Tate — fans will just have to wait to find out.

Riverdale Season 5 is slated to premiere on The CW at the beginning of 2021.