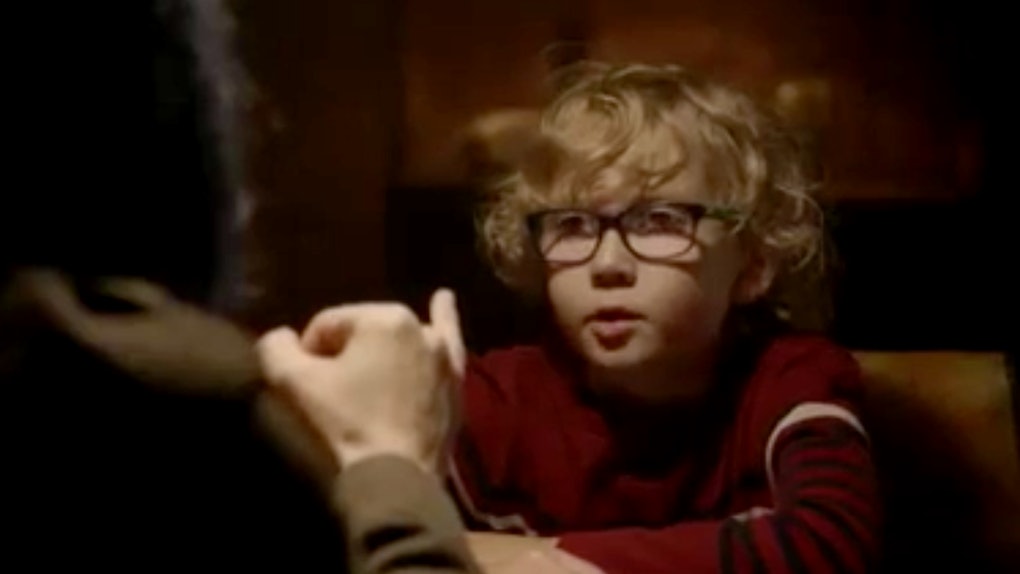 Who Is Oz's Dad On 'AHS: Cult'? The Answer Is Finally Revealed & It Ruined A Major Fan Theory

American Horror Story: Cult finally revealed the answer to a question that many fans thought was going to be central to unlocking the mystery of this season... except it wasn't the answer most people were assuming. In it's latest episode called "Drink the Kool-Aid," AHS shines a spotlight on Oz's paternity as he grows closer to the increasingly unhinged Kai. Finally, Ally demands an answer from the sperm bank that she and Ivy used, and we finally got a look at who Oz's dad on AHS: Cult is. And the answer disproves one of the most prevalent fan theories about this season.

From early on, AHS fans began putting together that Ally and Ivy's young son Ozymandias was probably going to be a major part of the mystery and drama of this season, especially when it came to the question of who his father is. One of the most widely accepted fan theories to spring up in the first few episodes was that Kai was actually Oz's biological father, which would explain why Kai was so obsessed with targeting Ally and Ivy in the early days of his cult. The theory was even more convincing given Oz's resemblance to Evan Peters in real life, and the fact that his name means "king of kings" led fans to further suppose that Kai wanted to indoctrinate his son in order to train him to take over the cult. Everything seemed to be adding up... until Tuesday night's episode, that is.

It seemed like the show was finally going to confirm that Kai is Oz's dad about halfway through the episode, when Kai actually asserts it himself to Ally and Ivy in his basement. He tells them that he donated sperm to the sperm bank that they used to have Oz very often right after he got out of college, and as Ivy goes over the recorded descriptions of their sperm donor she becomes convinced that it actually could have been Kai. But Ally gets the answer when she begs a receptionist at the donor clinic to show her a picture of the man who donated his sperm to them; Oz's biological father. And the big reveal is: it's just some random dude. It turns out all that theorizing and speculating may have been for nothing.

But interestingly enough, the whole "Kai is Oz's dad" thing still is not dead. Only Ally knows the truth about Oz's real father, and she gets the nurse to forge the donor documents to make it appear as though Kai really is the father. She then shows the forged documents to Kai and it confirms the assertions he made earlier about being Oz's father. Why would she do that? In order to protect herself and Oz within Kai's cult by making him believe that they are a family. The plan works and the episode ends with Kai embracing Ally and Oz, saying that they can now be a real family.

And now the countdown begins for the truth to come out and the sh*t to hit the fan. We are left wondering if and when Ally will drop the true paternity bombshell on Kai to break up his invented family, or if we will meet Oz's actual father at some point in the remaining few episodes. The new episode also finally illuminates what Ryan Murphy said about Ally and Kai when he first introduced their characters to fans on Instagram prior to the season premiering. He said the two characters would have a "love story for the ages," which didn't make any sense up until now that we see them in a fabricated, twisted family.

More like this
This TikTok Theory About Eric From 'Boy Meets World' Will Blow Your Mind
By Rachel Varina
In 'Riverdale' Season 5, Toni Topaz Is The Black Superwoman Without A Cape
By Erika Hardison
Here's How To Vote For The Next 'American Horror Story' Theme Among 6 Options
By Cianna Garrison
Stay up to date