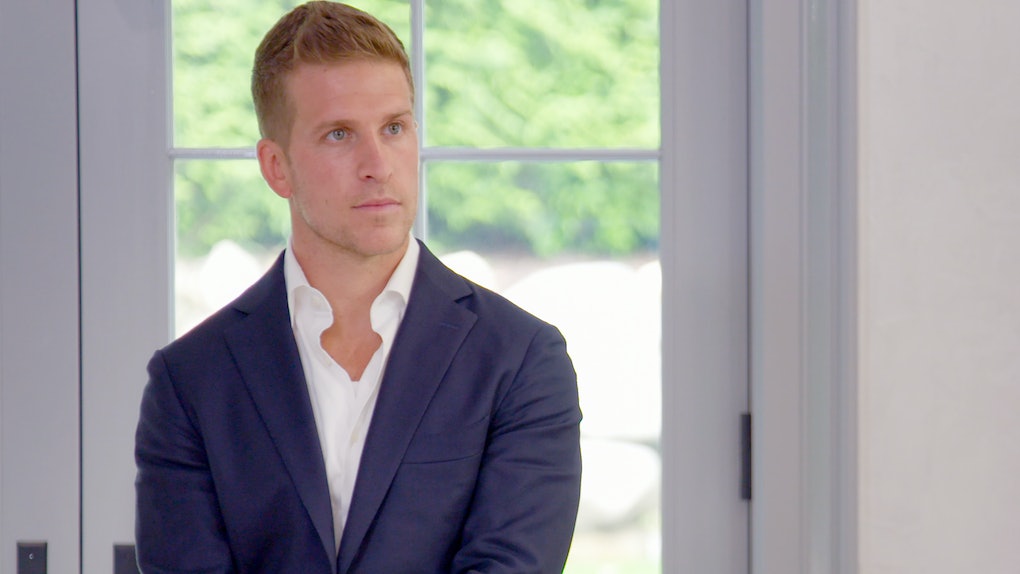 Who Is J.B. From ‘Million Dollar Beach House’? Get To Know The Hamptons Broker

Netflix's newest vein of reality shows combine high-end real estate with drama-creating characters for pure television gold, as newcomer Million Dollar Beach House proves. While the series follows five different agents, there's one Hamptons broker fans are especially eager to learn more about. If you've been feeling some kind of way toward J.B. from Million Dollar Beach House and wonder who exactly he is, look no further. I've taken it upon myself to learn all about him. (You know, for casual, "I'm not not in love with him" kind of research purposes.)

Million Dollar Beach House follows five different agents, all who sell Hamptons homes for the global real estate firm Nest Seekers. While the firm is big (think 1,000+ agents), J.B. is presented as one of the newest additions to Nest Seekers, eager to make an impression on the Hamptons. According to his profile on the company's page, however, he has a very personal history with the area, which led to his current status as agent.

J.B.'s father was a local developer who built a variety of Hamptons homes and community buildings, so he had a deep connection to the real estate of the area from a young age. He went on the study at Dartmouth College and the Tuck Bridge School of Business before working as a business developer for the National Hockey League for four years. Then in 2016, J.B. decided to trade the NHL for a career in real estate.

He first sold homes in Washington D.C. and Manhattan before deciding her wanted to be close to his family and returned to the Hamptons. Luckily, while J.B. is trying to find his footing in the real estate market back home, he has his high school best friend and fellow Million Dollar Beach House star Michael "I Have A Baby On The Way" Fulfree to keep him company and show him the ropes.

While his Nest Seekers bio notes he's only sold four homes to date (but currently has 40 listings), there's a good chance J.B. will get even more exposure as the series gains steam. Whether that will translate over to a Season 2 of the show, viewers will just have to wait to see whether Netflix is as smitten with J.B. as the show's fans are.