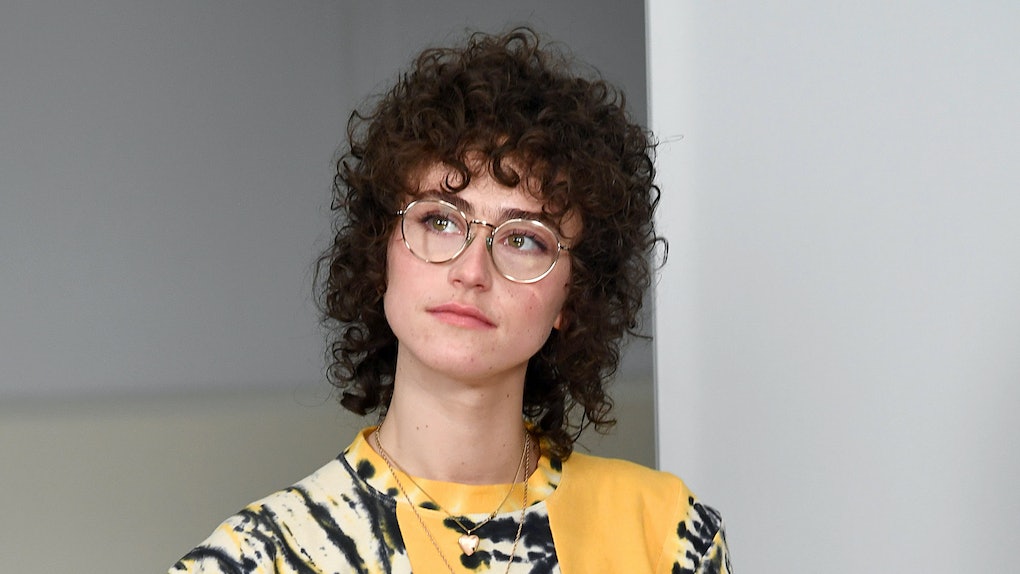 Who Is Ella Emhoff Dating? She's Reportedly Hanging Out With A 'GQ' Editor

Ever since Kamala Harris' stepdaughter arrived at Joe Biden's inauguration wearing that fabulous Miu Miu rhinestone-embellished coat, fans have been eager for more info about the fashionista's personal life. And though it's not clear whether Ella Emhoff is dating anyone at the moment, fans suspect she may be dating a GQ style editor. On March 25, Emhoff was reportedly spotted holding hands in New York City's West Village with GQ senior associate editor Samuel Hine, per Page Six, and they seem like the perfect match, IMO. (Elite Daily reached out to Hine and a rep for Emhoff for comment on their rumored relationship but didn't hear back in time for publication.)

Apparently, this isn't the first time these two have been spotted together, either. Back in February, the second daughter was reportedly seen having dinner with Hine at Dr. Clark in Chinatown, according to Artnet News. And though that reported dinner could have been totally professional — Emhoff did recently make her New York Fashion Week debut and land her first magazine cover, so it makes sense she would be meeting with a magazine editor — the pics from Emhoff and Hine's reported West Village hangout definitely look cozy.

In October 2020, Emhoff got candid about her love life during an interview with Glamour, where she referred to herself as "so single." However, it's unclear whether she has previously been in any serious relationships (or whether she and Hine are anything more than friends). On social media, the IMG model tends to keep her personal life private, as does Hine, though the two aren't shy about flaunting their passion for fashion on their grids. (For the record, Emhoff and Hine follow each other on IG.)

According to his October 2018 interview with Grailed, Hine moved to New York City after landing an internship with Antonio Ciongoli, who was creative director of Eidos at the time. In addition to being a senior associate style editor, Hine is one of the hosts of GQ Style's weekly podcast, Corporate Lunch, and he has a twin brother, Nick. And unsurprisingly, Hine — like Emhoff — also has great style.

Fans will have to stand by for more info on this stylish duo, but here's hoping something is going on, because I'm into it.

More like this
Are Demi Lovato & Noah Cyrus Dating? They're Reportedly "Hanging Out"
By Joyann Jeffrey
Matt James & Rachael Kirkconnell Reportedly Aren't Together After Their Rumored Reunion
By Joyann Jeffrey
Sofia Richie Rumored Boyfriend, Elliot Grainge, Is Reportedly A Family Friend
By Corinne Sullivan
Stay up to date