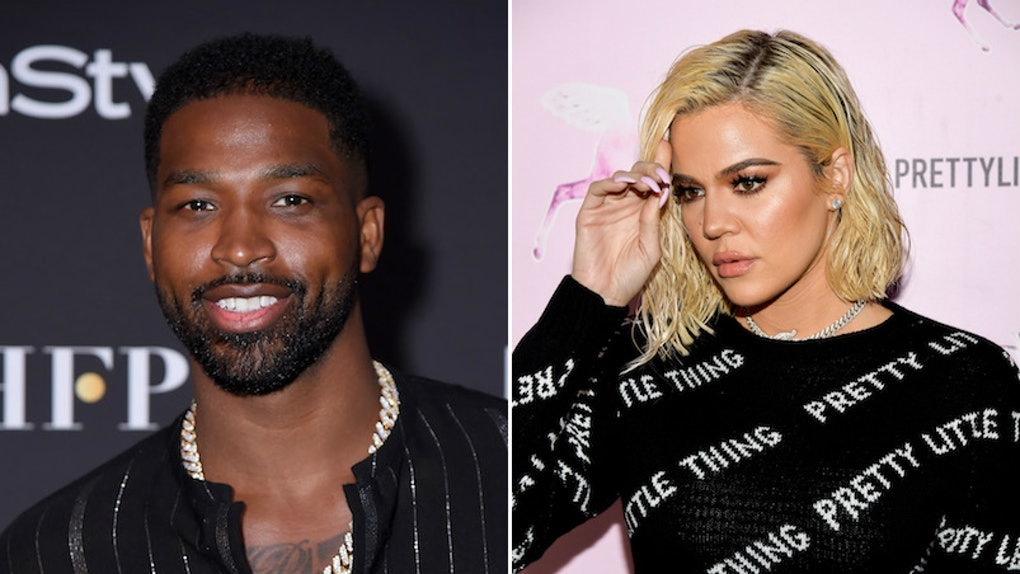 Who Gets Custody Of True? Khloe & Tristan Are Reportedly Handling Things "Peacefully"

Now that Khloé Kardashian and Tristan Thompson have parted ways, lots of fans are wondering what will happen with the former couple’s 11-month-old daughter, True. While the split between Kardashian and Thompson is likely tough for everyone involved, it will undoubtedly affect True the most. So, who gets custody of True? According to a March 7 report from Entertainment Tonight, Kardashian and Thompson are still working all of that out. Elite Daily reached out to Kardashian and Thompson’s teams for comment on the report, but did not hear back by the time of publication.

In ET’s report, a source close to the situation claimed that while Kardashian and Thompson don’t have a formal custody agreement in place yet, they are “peacefully” working things out, which is great news. True reportedly spends most of her time with Kardashian, but there’s a concerted effort to make sure Thompson spends ample time with baby True as well.

“Khloe has True for the majority of the time," the source explained. "Khloe’s able to bring True or be with her at work, where Tristan can’t. Also, True spends a lot of time with her big family and all the cousins are in L.A. so it makes the most sense for her to stay with Khloe."

Kardashian and Thompson are also said to be on the same page in terms of what’s best for True, at least according to ET’s source. "Khloe and Tristan may have their issues but Khloe will never deny Tristan a chance to spend time with his daughter," the source added. "Things may change in the future, but for now Khloe and Tristan are on the same page with True being with Khloe for most of the time.”

On Tuesday, March 5, another source revealed to ET that Kardashian is still grappling with Thompson being out of her life, especially since he reportedly cheated on her with family friend Jordyn Woods. Elite Daily previously reached out to Thompson’s team regarding the cheating allegations, but did not hear back at the time.

In any case, ET’s other source hinted that Kardashian and Thompson would be doing everything they can to make sure True has a great life moving forward.

"Khloe is getting better with every day that passes," the source said. "Khloe and Tristan are still communicating and always will. Khloe is very big about 'I’m having the father of her child staying in her life no matter how bad things get.'"

It sounds like this is still a period of adjustment for everyone involved. But, all in all, it looks like co-parenting in a positive way is a top priority for Kardashian and Thompson. And that means fans can rest assured that all is well when it comes to baby True, who will be celebrating her first birthday on April 12!

I'm counting on a birthday bash of epic proportions. Like, a party that blows the blue and pink cupcake parties straight out of the water and makes me wish I was a toddler again. Can't wait for the Instagram pics!