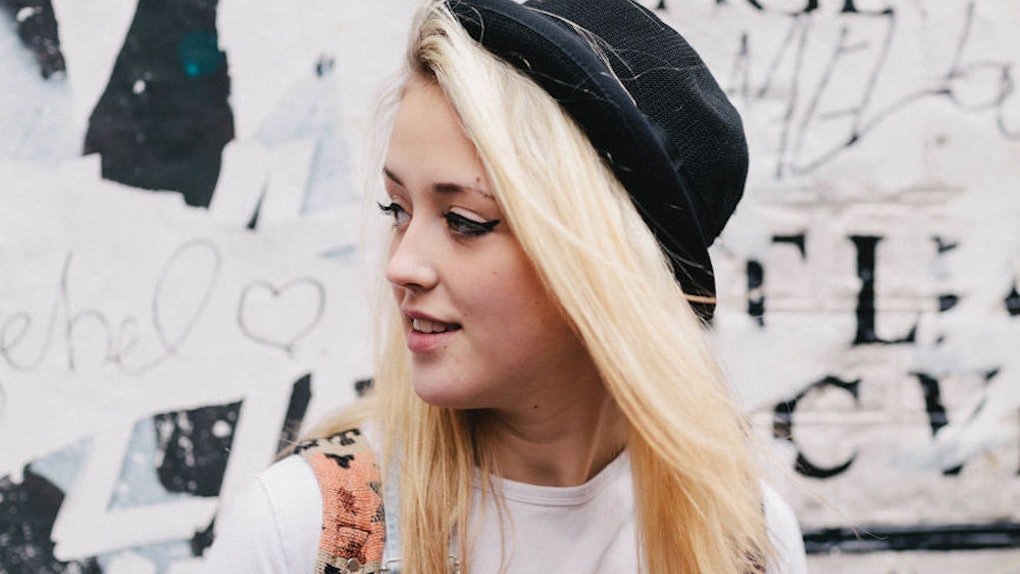 Magic, wands, and wizards — oh my! The world of Harry Potter has 100 percent whisked you off your feet. It's made you dive head-first into potions, spells, and mysterious adventures, keeping you up well-past midnight on most weekends. It's also made you believe that this world is beautiful and full of places worth seeing with your own two eyes. You just wish you could combine your two passions somehow — traveling and everything (and I mean, everything) related to Harry Potter. Well, now you can! Where to travel based on your Harry Potter house has been revealed, and the results are straight-up magical.

Full disclosure: I haven't seen all the Harry Potter films or studied the books from cover and cover. I couldn't tell you how to make a magical potion, even if it was a life and death situation. However, after dressing up as Hermione Granger for Halloween two years in a row, I do know that this world is quite special.

I know that it's full of whimsical characters, challenges, and rich stories of Harry Potter and his friends. I know that the wand has to pick the wizard, and that you never want to come across a Dementor in the halls. I also know you can't get to Hogwarts simply by any average train, bus, or plane ride. You have to load up your bags and go to Platform Nine and Three-Quarters, and run through the brick pillar at full-speed.

Now, imagine what that experience would look like in your passport. It would definitely be everything you're looking for as a fan of Harry Potter and traveler of the world. Ugh! Maybe someday? Until then, you should find out what European city you should explore, based on which Hogwarts house you're sorted into. All the magical answers are right here.

Where should you travel to next, based on your Harry Potter house?

Let's get right to it. UpgradedPoints.com recently conducted a survey all about travel and Harry Potter. They wanted to find out which cities in Europe each Hogwarts house would prefer, so that you know where to book your next trip. According to their article, they used respondents' information from the Sorting Hat feature on Pottermore.com, where you can find out which house is a perfect fit for you.

The results are magical, and maybe not what you'd expect. Do you have your passport ready? Perfect. If you're in the Gryffindor house, known for its courageous and cunning members like Hermione Granger and Harry Potter himself, then according to UpgradedPoints.com, you should travel to Paris, Venice, or Rome. These cities were recorded as most interesting to respondents who were also Gryffindors — A.K.A they're popular bucket list destinations for wizards like you. You should also consider Athens or Berlin, which were rated in the top 10 destinations by other Gryffindors.

If you're in Hufflepuff, then Dublin, London, Athens, and Copenhagen were rated very high, as well as destinations like Amsterdam and Prague. These cities have amazing architecture that'll make you feel like you're actually in Hogwarts. Even roaming through one castle on a sunny afternoon will transport you to a different world.

Next, the Ravenclaws of the wizarding world should travel to Reykjavik, Amsterdam, Edinburgh, Berlin, or Vienna. These destinations are calling your name because they have lots of beautiful gems to explore. You'll enjoy getting a passport stamp and trying all of the authentic food, before taking some of these recipes back home.

Last but not least, as one of the Slytherin house members, you should make your way to Oslo, Brussels, or Prague. You should eat waffles while walking through the center squares, go to museums and learn about the rich history of these destinations, and grab a postcard at every single one. As a Slytherin, you'll use you smarts and quick wit to find the best sight-seeing spots. Am I right?

What type of travel does each Harry Potter house enjoy?

In addition to finding out which cities in Europe each Hogwarts house would prefer, UpdatedPoints.com studied what types of travel are ideal for a Gryffindor, Hufflepuff, Ravenclaw, and Slytherin. This way, you know whether or not to book an excursion or settle for a relaxing day at the resort's spa.

Here's the 4-1-1: It was found that Gryffindors typically like to do adventurous things. Respondents said they wold gladly take a ski trip or go on a cruise. Does this sound like you?

As for Hufflepuffs, a beach vacation is more preferred. An afternoon kicking back in a lounge chair, hearing the waves crash, with their toes in the sand sounds like a grand idea. (Honestly, sign me up for that!)

Next up, Ravenclaws. They wouldn't mind going camping for a week or even having a staycation. But, they will also find room in their budget for a cross-country road trip or international trip to one of the dreamiest destinations around the world. Truth be told: Their Instagram accounts are thriving because of it!

And for Slytherins, any trip to a city within the United States is picture-perfect. They want to check out the colorful walls in Los Angeles, and go to the touristy spots in New York City. Can you even blame them? This country has so many beautiful travel destinations in itself — so much so, that I have a bucket list solely for national parks on the West Coast!

How did UpdatedPoints.com come up with these results?

So, how did UpdatedPoints.com come up with all these results? It's quite simple. They conducted an online survey, asking respondents what their Hogwarts house is, based on their Pottermore Sorting Hat quiz results. Then, they asked these responded two questions about their travel preferences, keeping Europe in mind: which European cities they'd like to travel to the most, and what their favorite type of vacation is.

More than 1,560 respondents participated in the survey, and they were given 28 cities in Europe to pick from, being allowed to select up to five. The results of the survey could then be applied to any member of their Hogwarts house, including you!

What other travel experiences should you have that are totally Harry Potter-inspired?

Truth be told: For a true Harry Potter fan, any one of these European cities would be a perfect fit. They all have something truly magical about them, from their food to their lovely architecture and landscapes. But, to ensure that you have a travel experience that's Harry Potter-inspired, be sure to do one of two things.

First, make it a point to visit or stay in a castle. Roam around the grand halls with the big chandeliers, and pretend you're in the novels that you love so much. Second, wherever you go, be sure to take lots of pictures and post them with a Harry Potter caption. Just like that, your trip has gone from average to worthy of a wizard.