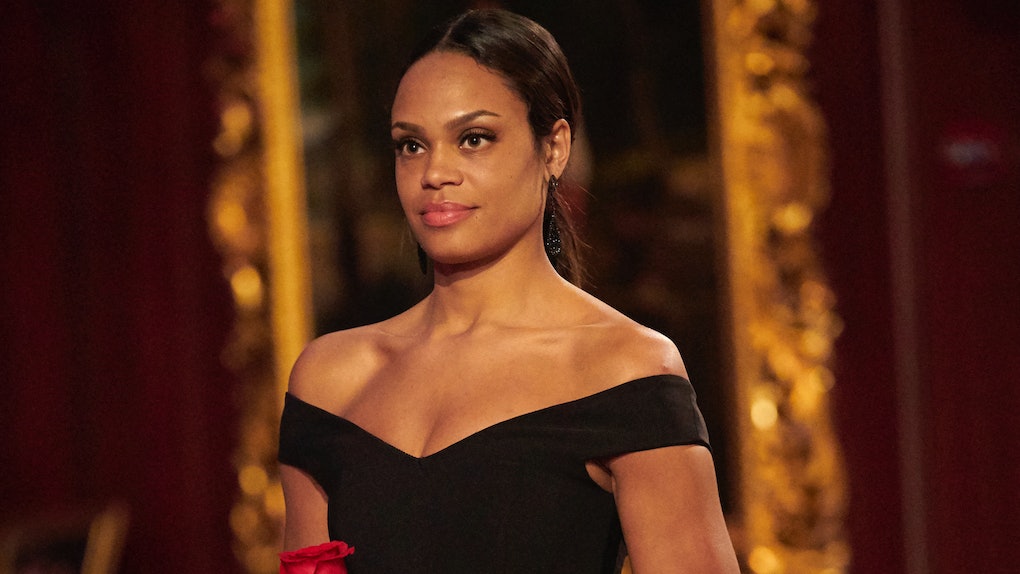 When Will Michelle Young's 'Bachelorette' Season Air? Here's What To Know

Just when you thought the Bachelor franchise had been handed all the twists it could handle, yet another change is happening that'll really keep viewers on their toes. During the March 15 "After the Final Rose" episode, fans learned there would be not one, but two (!!) Bachelorettes in 2021. If you're wondering how scheduling will work, here's what we know about when Michelle Young's Bachelorette season will air.

To recap, Michelle was a contestant on Matt James' season of The Bachelor. Even though she joined the cast late with four other contestants during Week 4, Michelle and Matt quickly formed a strong connection. The 27-year-old elementary school teacher made it all the way to the finale, but unfortunately, Michelle's bond with the Bachelor wasn't strong enough in the end. She got sent home while the other finalist, Rachael Kirkconnell, received the final rose.

Fortunately, fans won't have to wait long to see Michelle again. During the March 15 "After the Final Rose" special, host Emmanuel Acho announced there would be *two* Bachelorette leads in 2021. First up, fellow Season 25 contestant Katie Thurston will search for love, and then Michelle will have her own chance to find Mr. Right.

Two Bachelorette leads in one year is pretty unconventional, but not totally unheard of. When Clare Crawley left Season 16 early after finding love, Tayshia Adams stepped in as the new Season 16 lead. While some fans loved the mid-season switch, others wished Tayshia would have had her own full season, and it seems like the producers learned from the decision. Both Katie and Michelle will have their own seasons in 2021, just spaced out a bit.

Katie's season is expected to air in May 2021, and then fans will get to see their favorite contestants head to some sort of tropical escape for Bachelor in Paradise over the summer. The spinoff series usually films in June and airs in August. While normally there's a Bachelor break until January, Michelle's season is expected to air in the fall of 2021.

So, why wait to air Michelle's season, and why have two Bachelorettes in the first place? Considering Michelle is a teacher, it makes sense her season would film in the summer (when schools are on break), so she wouldn’t have to leave her classroom again. In the meantime, Katie — who fans also adored — will search for love on screen early this summer. Though it's unconventional, it just means there are more opportunities for Bachelor alumnae to find love, which might be exactly what 2021 needs.