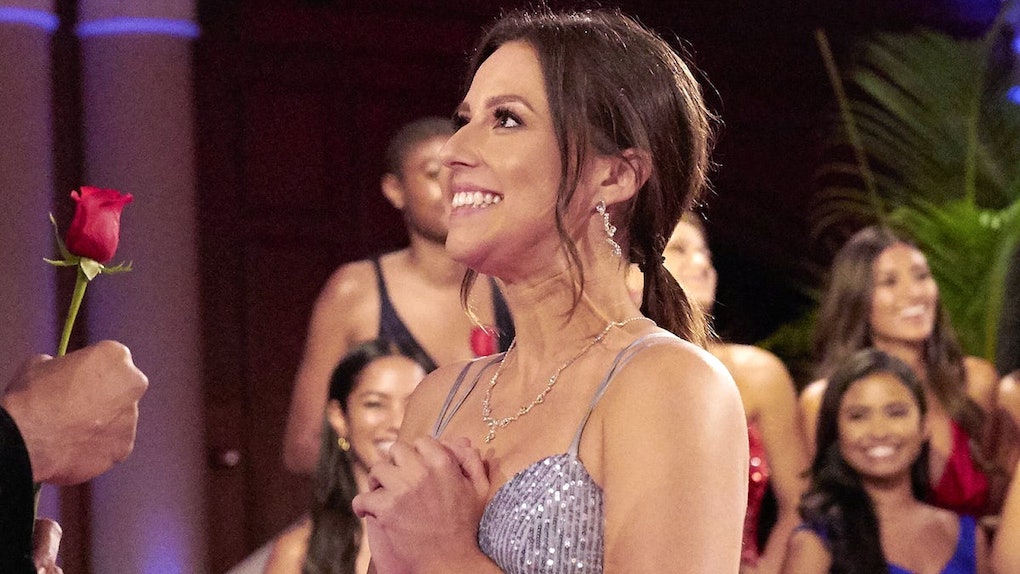 While Matt James' season of The Bachelor was filled with drama, it also introduced fans to some amazing women like Katie Thurston. The contestant was often the voice of reason in the house, practicing kindness and sex-positivity throughout her time on the show. Many Bachelor viewers were understandably smitten with her, and now the fan-favorite is officially stepping into the spotlight. So before The Bachelorette Season 17 kicks off, here are some facts about new Bachelorette Katie Thurston that might make you fall in love with her even more.

After Matt sent her home during Week 6 of his Bachelor journey, Katie made it clear her search for love was far from over. "You start painting your future, only for it to be erased," Katie said in her exit interview. "I am who I am, and there's someone out there who wants that."

Now, she's getting the chance to find that person as the Season 17 Bachelorette. She was announced as the franchise's next lead (to be followed by Michelle Young's Bachelorette Season 18 in the fall) during the March 15 "After the Final Rose" special of Matt's Bachelor finale.

Before her Bachelorette season premieres this later this year, here's what to know about Bachelor Nation's newest leading lady:

1. She Lives In The Seattle Area

The future Bachelorette currently resides in Renton, Washington, a suburb of Seattle. Her Instagram is filled with Pacific Northwest nature shots, which is major outdoorsy inspo.

Before showing up on The Bachelor, Katie went viral on TikTok in May 2020 for telling a story about pooping herself at work. Since then, she's amassed over 260,000 followers by getting hilariously candid about topics like sexting and d*ck pics.

Although Katie is a natural storyteller, she also has a successful day job as a bank marketing manager. According to her ABC bio, though, she'd love to host her own talk show someday.

Her favorite is her adorable cat Tommy, who has made several appearances on her social media accounts. Katie also has plenty of other kitty-themed Instagram posts, from a shot of her sporting a cat shirt to a pic of her reading a cat-themed magazine.

In addition to her many talents, Katie is also a formidable volleyball player. She shared her love of the sport in a recent Instagram post, in which she showed off her "peppering" skills.

7. She Knows What She Wants In a Partner

Katie's Bachelor bio makes it clear she knows what qualities she's looking for in her person, and she won't settle for anything less. Her dream guy "will be passionate about building a long-term life with her and will treat Katie as his equal in the relationship." He'll also be cool with laughing along with her, and laughing at her when the moment calls for it.

Katie's season of The Bachelorette will air this summer on ABC.