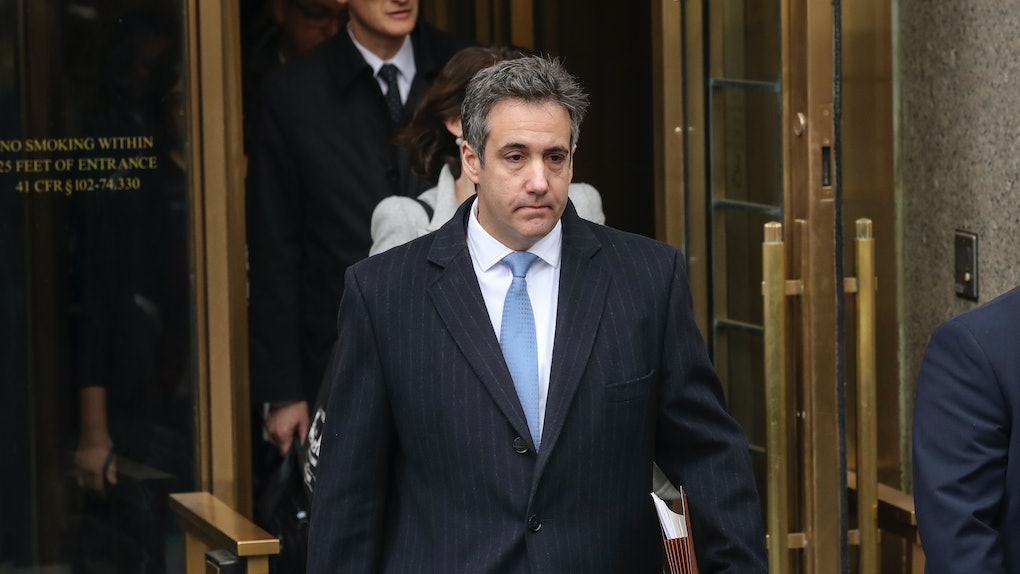 When Will Michael Cohen Testify To Congress? Set Your Calendars

Well everyone, buckle up, because 2019 is about to become wild. At this point, we're all familiar with the ongoing tension between Donald Trump and his former personal attorney, but it looks like things are heating up fast. So, when will Michael Cohen testify to Congress? Get ready, because it's coming up.

UPDATE: On Jan. 23, Cohen's spokesperson Lanny Davis announced that the president's former lawyer would be postponing his planned testimony before the House Oversight Committee due to fears for his family's safety. In a statement, Davis cited "ongoing threats against [Cohen's] family from President Trump" as well as the president's lawyer, Rudy Giuliani. The White House did not immediately respond to Elite Daily's request for comment on the matter. Davis did not provide a new date for when Cohen might testify.

EARLIER: According to The New York Times, Trump's former personal attorney, Michael Cohen, will testify in front of Congress on Feb. 7 and give a "full and credible account" of his work for Trump. Elite Daily reached out to the White House for comment about Cohen's upcoming testimony, but did not hear back in time for publication.

Cohen's spokesperson, Lanny Davis, shared a statement from Cohen to Elite Daily on Jan. 10 addressing his decision to testify in front of the House Oversight Committee. The statement read,

In furtherance of my commitment to cooperate and provide the American people with answers, I have accepted the invitation by Chairman Elijah Cummings to appear publicly on February 7th before the Committee on Oversight and Government Reform. I look forward to having the privilege of being afforded a platform with which to give a full and credible account of the events which have transpired.

Since Cohen's confessions, Trump hasn't been shy about airing his frustrations on Twitter. On Dec. 13, 2018, after Cohen was sentenced to three years in prison, Trump took to Twitter to defend himself against Cohen, claiming he "never directed him to break the law."

Judging by Trump's reaction to Cohen's previous dances with Congress, I wouldn't be surprised if he had a few choice words to say about his former attorney's upcoming meeting with the House Oversight and Reform Committee.

As if Trump didn't already have enough on his plate dealing with the government being shut down for a third straight week, this happens. Just when 2018 proved to be one of the most dramatic years yet, perhaps 2019 is giving it a run for its money.

Grab your popcorn folks, because this is going to be a show.