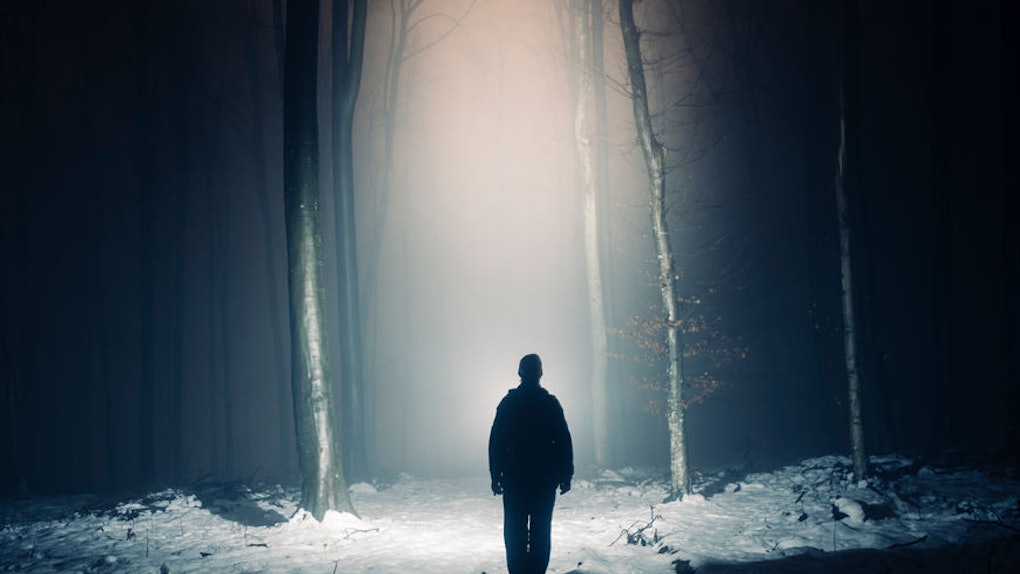 When Does The Winter Solstice Happen In The U.S.? A Seasonal Shift Is Upon Us

Can you believe that autumn is almost over? As for me, not even summer feels like it was that long ago. I hope you stop to appreciate pumpkin spice lattes, falling leaves, and the overall harvest aesthetic while you still can, because a seasonal shift is upon us, and you might already be wondering when does the winter solstice happen in the U.S. 2018?

Whether you're resisting the increasingly cold weather with all your sunlit heart or you're feeling more and more alive in your skin as the atmosphere turns to frost, winter is almost here. Depending on where you live in the United States, you may have already begun to feel the coldest temperatures of the year envelop the world. It's time for Christmas lights to sparkle across entire neighborhoods, for snow to blanket the ground in ice, for layers upon laters of warm clothing, and everything else that winter is associated with. Even if you're just bearing the season and waiting for spring, you can't deny that even cold and miserable winter has joy of its own. And, if you're a winter-lover down to the bone, then let me borrow some of your enthusiasm and say, are you ready for the most wonderful time of the year?

What is the winter solstice?

The winter solstice is so much more than simply the moment that winter begins. It's also the longest night and the shortest day of the year. According to Farmer's Almanac, "solstice" comprises the Latin words sol — meaning "sun" — and sistere — meaning "to stand still". This is when the sun has moved to the southernmost position it will reach in its journey towards the winter season. After the winter solstice takes place, the sun will slowly begin moving north once again, traveling toward the spring equinox and, eventually, the summer solstice.

The reason "solstice" means for the sun to stand still, according to Farmer's Almanac, is that in the few days surrounding the winter solstice, the sun does not appear to move. Instead of appearing to advance southward before the solstice or northward after it has taken place, the change is barely noticeable.

The winter solstice either occurs on Dec. 21 or Dec. 22 every year, according to Farmer's Almanac, and this year, it will take place on Dec. 21. Interestingly enough, this date means something else entirely for those living in the southern hemisphere. The seasons are always opposite between the north and south hemispheres, and on Dec. 21, those situated below the equator will experience the summer solstice. As reported by Farmer's Almanac, the southern hemisphere experiences its winter solstice on June 20 or 21.

What time will the 2018 winter solstice occur?

As reported by TimeAndDate.com, the winter solstice will take place at exactly 5:23 p.m. ET, so if you're totally looking forward to the seasonal shift, you may as well organize a count down! According to Mental Floss, the winter solstice takes places right as the North Pole reaches its furthest position away from the sun and it's also when the sun is situated right above the Tropic of Capricorn.

Incidentally, this year's winter solstice will be way more special and unique than it usually is. Why do I say this? Well, the full Cold Moon will take place on Dec. 22, the day right after the winter solstice occurs. Is this proof that winter is magical? I think so. This full moon will take place in Cancer, which is the zodiac sign that the moon rules over. Therefore, this might just be the most important full moon out of the entire year, so prepare to feel enchanted.