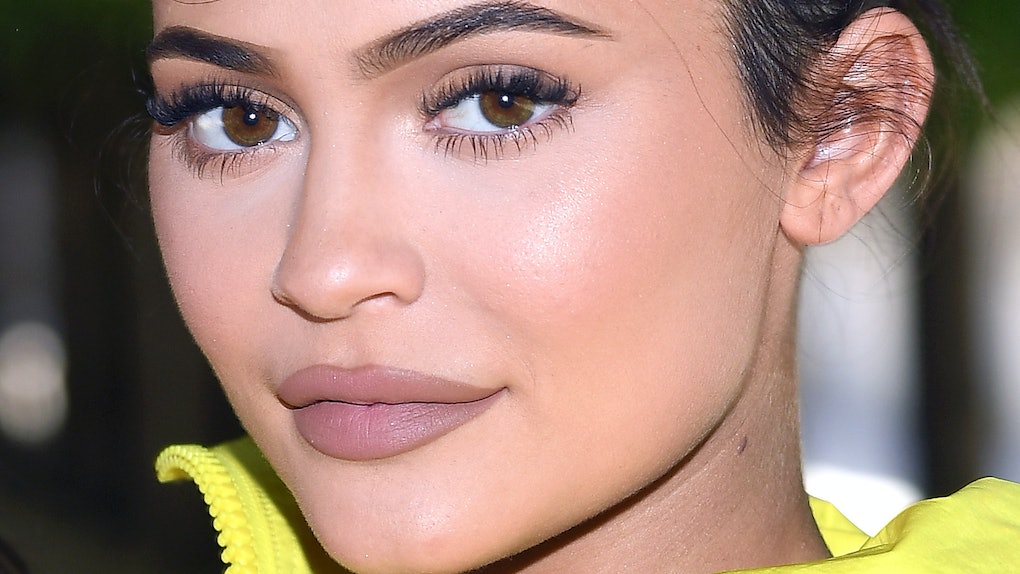 What's In Kylie Cosmetics' KyBrow Collection? Everything Kylie Uses For Her Bomb Brows

Kylie Jenner just announced that she will be adding the one thing to her Kylie Cosmetics empire that you probably didn't even realize was missing: brow products. It should come as no surprise that the youngest Kardashian-Jenner sister has decided to add Kybrow products to her ever-expanding roster of makeup products, but what's in the Kylie Cosmetics Kybrow Collection?

Well according to the Kylie Cosmetics Instagram page, every brow product you could ever dream of, because I mean, if Kylie is going to do a brow collection, she may as well do it big, right? Accompanying a flat lay image of the various products is a caption describing everything you can expect to see in the new launch. According to the caption, there are six products in total including a double-sided brow pencil with a ultra fine tip on one end and a spoolie for brushing and blending on the other end, a brow pomade, a brow powder duo that will feature two velvety powders, a brow gel to to hold brow hairs in place, a brow highlighter in matte and shimmer finishes, and a brow brush to build and define the brow.

For those that can't wait to get their hands on the new Kybrow products, you can do so on Monday, April 29 exclusively on KylieCosmetics.com.

Prior to posting the flat lay image of the products to the Kylie Cosmetics Instagram page, Kylie first posted a promotional video showing off her flawless brows to her personal page.

In the video, Kylie is standing up against a pink background, wearing a pink turtleneck, and is seen rocking pink eye makeup and pink nails. She's flaunting her brows, which I'm assuming were defined and arched using her new products, while a song by her boyfriend and baby daddy Travis Scott plays in the background.

And if you're a fan of the rapper, then you likely picked up on the fact that the brow products aren't the only new thing being promoted. That's right, fans believe that the song playing in the background is a teaser for a new song by Scott. Promoting a new song and new products with one video? Looks like Stormi's parents have the whole teamwork thing down pat.

While we wait to see what her next launch is, however, we can look forward to seeing all of the different shades that the Kybrow products will offer. So if you can't wait to get your hands on the new brow products, I'd recommend keeping a close eye on the Kylie Cosmetics site so that you can add the products to your cart as soon as they drop, since the brand is known to sell out of new product launches.

More like this
How To Get A Trendmood Box, AKA The Next Big Thing In Beauty Box Subscriptions
By Bella Gerard and Theresa Massony
This ONE/SIZE Turn Up The Base Foundation Powder Review Is A Must-Read
By Theresa Massony
A Kim Kardashian Skin Care Line May Be Coming Soon
By Margaret Blatz
Stay up to date