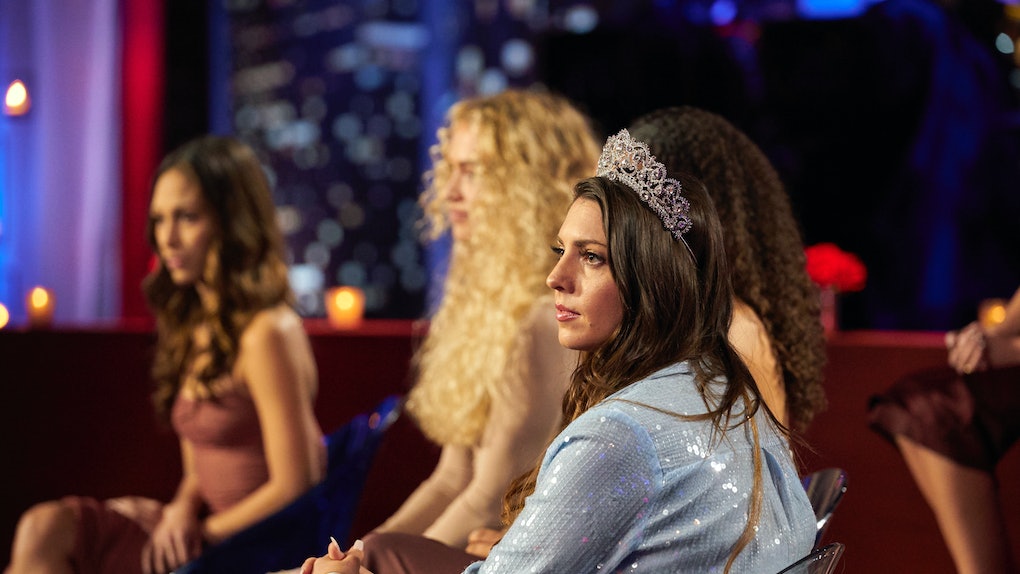 What Is Victoria Larson Doing After 'The Bachelor'? The Queen Is Keeping Busy

Bachelor Nation has seen plenty of villain figures over the years, but Queen Victoria is one of the most memorable. She consistently stirred up drama during her time on Matt James' season, so much so that some viewers even believed she was an actor planted by producers rather than a real contestant looking for love. Season 25's resident royal was sent packing during the Feb. 1 episode, but you may still be wondering: What is Victoria Larson doing after The Bachelor? The queen has been staying busy.

Victoria quickly became infamous for creating controversy among the other women in the house, from snatching fellow contestant Catalina Morales' crown to helping spread rumors that Brittany Galvin was an escort. But Matt ultimately eliminated her during Week 5 after learning how she'd been treating everyone else in the cast. Predictably, Victoria didn't take being sent home well. "I'm upset because I know I didn't do anything wrong," she told the camera, adding, "He is not my king, and I am still a queen. Matt, I feel sorry for your choices."

She even went so far as to claim she "brought so many people joy," and that she will "never [date] another Matt as long as I live. I hate that name now." While plenty of fans had a lot of feelings about watching Victoria go, you may also be wondering what such a big TV personality gets up to after losing her weekly audience.

For starters, Queen Victoria is still running her own business. The 27-year-old owns and operates Vikki Larson Beauty, which provides health coaching, beauty products, pilates classes, and an $800 detox regimen. She's also been an avid traveler, heading down to Florida multiple times to spend time with her besties.

Although Victoria seems to have moved on since deciding not to date any more Matts, she's also been a figure in offscreen Bachelor drama. On Jan. 26, fan account @bachelornation.scoop posted a video of Matt's friend body-shaming her. As he golfed with several friends (including Tyler Cameron), one of them tried to distract Matt by saying, "Now how was Victoria's body? 'Cause when I look at her, it doesn't seem very nice. And you've been making out with this woman." The video ended with the sound of the guys bursting into laughter offscreen. Matt later denounced his friend's words during an appearance on The Real, and Victoria commented on the post, writing, "Cute...I love my body :)."

But this isn't the last viewers will see of Queen Victoria. You can find out more about her post-Bach life when the season's "Women Tell All" segment airs on Monday, March 1, at 8 p.m. ET on ABC.