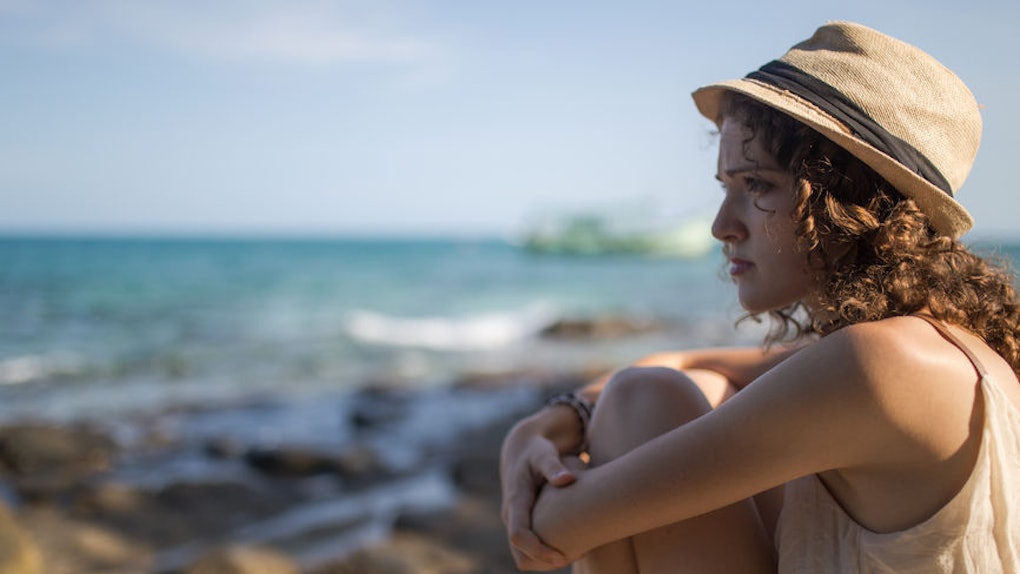 What Is Orilissa? The Endometriosis Pain Medication Received FDA Approval & This Is Huge

It's always a victory when there are new and positive developments in the field of women's health, but especially so in the treatment of endometriosis, a condition that still isn't completely understood by doctors and researchers. For the first time in a decade, the FDA has approved a new endometriosis pain treatment called Orilissa. It is a much-needed medical therapy for a painful condition of the uterus that is not only difficult to treat, but difficult to diagnose, too. To say the least, the approval of this new treatment could prove to be a huge step forward for women living with endometriosis.

And BTW, in case you didn't know, there are a lot of women who have endometriosis. According to the Endometriosis Foundation of America, the condition affects roughly 200 million women worldwide, so yeah, that's no small number.

Endometriosis happens when tissue that is supposed to grow along the inside lining of your uterus, begins to grow on the outside, according to Mayo Clinic. The "displaced endometrial tissue," the medical center explains, acts the way that normal uterine tissue does during a menstrual cycle: The tissue thickens, breaks down, and then tries to bleed, but because it can't exit the body, it gets trapped, which is what leads to those painful symptoms.

As for the cause of endometriosis, it's still relatively unknown, but according to the Office on Women's Health, researchers believe the condition may develop as a result of an abnormal period flow, genetics, immune system issues, hormonal issues, or even surgeries like C-sections.

As you might imagine, endometriosis pain is pretty excruciating, so a medication that treats these symptoms is both welcome and long-awaited.

AbbVie, the manufacturer that is releasing the new endometriosis medication, called Orilissa, issued a press release on July 24 that announced the drug as being developed under the largest endometriosis study program to date. The press release stated,

Endometriosis-associated pain is often managed with medicines such as oral contraceptives, nonsteroidal anti-inflammatory drugs (NSAIDs), opioids and hormonal therapies, which can work for some women but very few are specifically indicated for the treatment of endometriosis.

In more extreme cases, the press release explained, surgical interventions are often pursued (such as a hysterectomy, which is what Lena Dunham did for her endometriosis), but even those may not be curative for all individuals. Basically, researchers have known for a while that more options are needed to address this condition, and more specifically, its painful symptoms. "The symptoms of endometriosis can be debilitating and significantly impact day-to-day activities of women’s lives, personally and professionally," Dr. Sanjay Agarwal, MD, FACOG, a professor of obstetrics, gynecology, and reproductive sciences at UC San Diego Health, tells Elite Daily over email.

The good news, says Agarwal, is that the research conducted with Orilissa has shown some pretty great results so far.

"The clinical trial data supporting the approval of the drug demonstrated that Orilissa significantly reduced the three most common types of endometriosis pain; symptoms are painful periods, pelvic pain in between periods, and pain with sex," he tells Elite Daily.

So how does Orilissa work, exactly? The press release states it's an oral medication, and according to Agarwal, "Orilissa works by partially lowering the level of ovarian sex hormones in the body." However, as TIME reports, and as described in the AbbVie press release, it's important to note that there have been some reported side effects of Orilissa: For one thing, the drug has been shown to lower estrogen levels in the body, which could result in bone loss. What's more, it can possibly affect menstrual periods and increase the risk of miscarriage if the medication is taken while pregnant, the press release explains.

While Orilissa may be available to the public as soon as August 2018, per the AbbVie press release, it does not come cheap. According to the Chicago Tribune, Orilissa could cost more than $800 for a four-week treatment without insurance.

With that said, any advancement in women's health is a victory for all, so here's to hoping there are more developments to come.