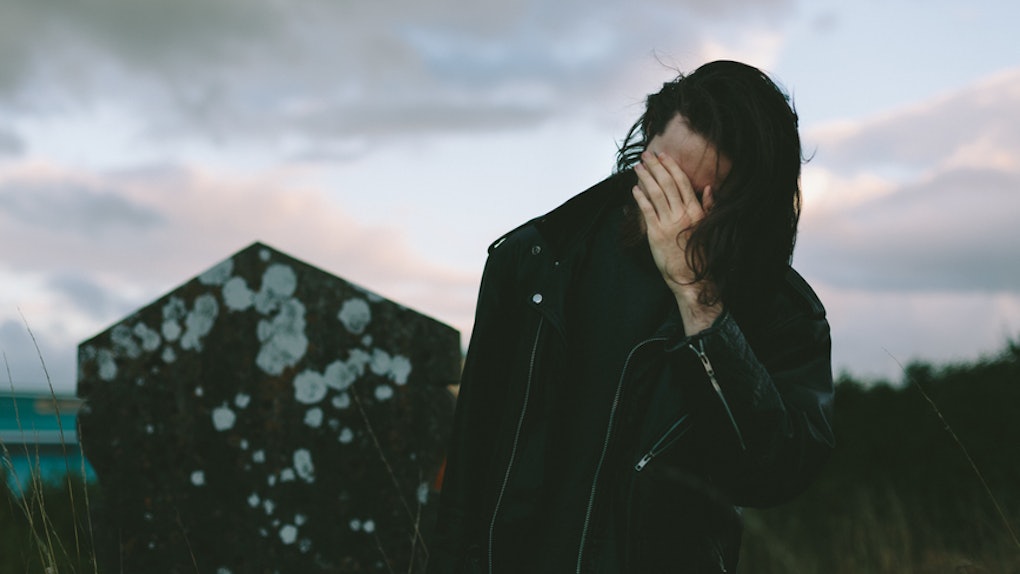 Warning Signs They're A Serial Cheater & You Can't Trust Them

For most people, suspecting a partner may have cheated is one of the worst feelings. Although, I personally have a zero-tolerance policy when it comes to infidelity, some people believe that certain situations may lead an otherwise caring partner to behave selfishly and make a one-off transgression. Ultimately, it's up to you if you think your partner is worthy of a second chance after a betrayal. But if for whatever reason, you suspect their infidelities are a regular thing, or you see signs they're a serial cheater, you should definitely think twice before letting them off the hook.

According to relationship writer and dating coach Demetrius Figueroa, many of the signs that someone is stepping out of the relationship fall under the umbrella of unexplained changes in their established behavior or usual MO.

Figueroa points out that although we shouldn't make excuses for cheaters, some people who have cheated more than once become compulsively driven to infidelity.

It's worth noting that monogamy definitely isn't for everyone yet there is still a ton of social pressure for us all to strive towards this ideal. The bigger issue however, is being dishonest with someone who believes you're in a monogamous relationship. If you suspect you're partner is going behind your back, then don't ignore the signs.

1. Changes In Their Routine

If you're partner has been busier than usual, this in and of itself may not be a sign that they are enjoying lascivious activities with people on the side. Assuming they have a reasonable explanation that they tell you of their own volition, try not to jump to conclusions.

According to Figueroa, the main changes you should be concern about are those that result in them being unavailable to spend time with you.

"Everyone gets busy at work from time to time, but if they're always busy "with work" on Friday nights and Saturday nights, and those used to be your date nights, that should raise your concern," says Figueroa.

If your partner is up to no good, then there is a pretty big chance that they will go out of their way to avoid giving you the specific details of where they're going, what they're doing, and who they are doing it with, notes Figueroa. Although vagueness on its own is far from a smoking gun — trust your gut — if something feels off about their response when you ask them what they've been up to, then they may be hiding something.

"Most people are terrible liars, or at the very least dislike lying. By being purposefully vague, they're ensuring that they're not lying in a way that could be disproved or contradicted," explains Figueroa.

As any healthy relationship continues to grow, opening up to your partner and letting your guard down should become easier and easier. If you've recently noticed that they've been less open, then this is something that definitely warrants a conversation.

"It could be as small as adding a passcode to their phone when there previously wasn't one, or they start leaving the room to answer the phone or respond to texts. While on their own, these things might not be too suspicious, pay attention to whether the need for increased privacy is new or not," notes Figueroa.

Have you noticed they seem to have less interest in spending time with you or having sex? It's normal for relationships to ebb and flow depending on what's happening in both of your lives, but if they are constantly acting distant and are reluctant to address the reason, then something may definitely be up.

If you're wondering how to handle a partner you suspect has cheated, Figueroa warns that more often than not, cheaters won't fess up to infidelity without proof. If you want to confront them, you may need to do some homework.

"If you want an honest answer, the best way might be to build a case that they're cheating, present it to them, and ask for an honest answer. If there isn't any evidence, [you can still try to] ask them in a private setting," suggests Figueroa.

Getting to the bottom of exactly if and why you partner may be cheating is likely to be a painful process. You deserve to be with someone who doesn't put impulsive pleasure-seeking above your relationship. If monogamy is not for them, then that's OK — but maintaining a relationship without being open and honest about their needs while simultaneously disregarding yours isn't.