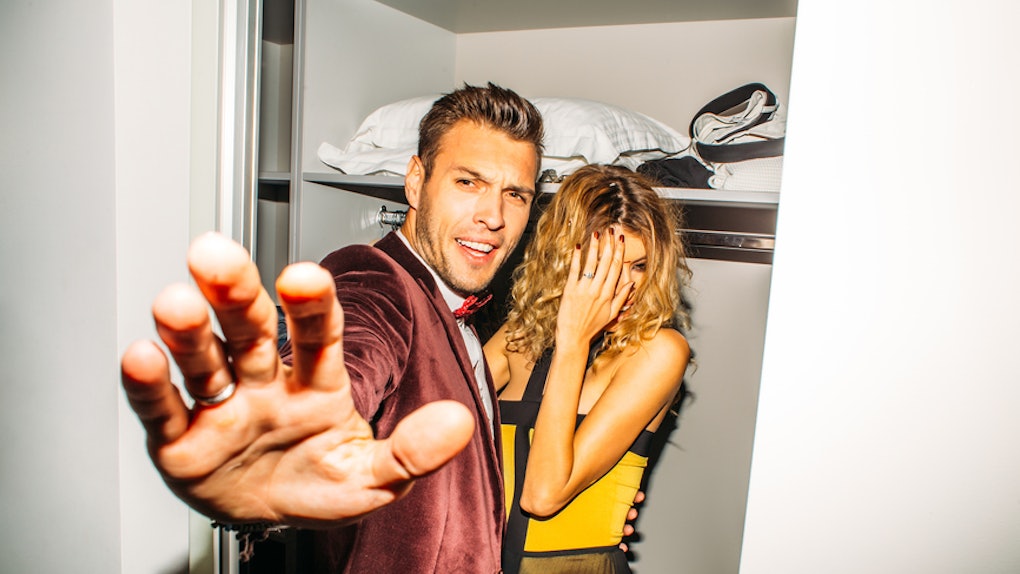 Why People Cheat In Relationships, As Told By 15 People Who Have Done It

I'm not proud to admit this, but I used to be a pretty bad cheater. I've only been faithful in two of my long-term relationships. I know, I'm the worst. But I can honestly say I am reformed now. Not because I had some epiphany or because my former partners were terrible people (well some of them kind of were), but because I found someone that actually fits for me and the timing was right. If you've ever wondered why people cheat in relationships, I can tell you that while there are many "reasons," in my case, it really just came down to not being with the right person. This doesn't mean if someone has cheated on you that you aren't amazing; just that there was something off about the fit of that relationship. You deserve better, so don't settle for anything less.

Anyway, that's why I cheated. Please don't hate me too much. Like I said, I've changed! And while I know why I blew it in the past, I was curious what other shady folks had to say about why they stepped out on a partner. As usual, Reddit came through and there were several guys who were willing to share what made them cheat in past relationship. No surprise, the answer is: It's complicated.

Because They Weren’t Ready To Settle Down

I cheated many times in my younger days. There's really not a good answer as to why. Maybe I'm just a dick. Maybe I was too immature. Maybe I just wasn't ready for that relationship. Who knows the exact answer, but I did it, so it was my fault. I can't place blame on them. When I got older, I realized the many women I hurt so I stopped dating for a few years until I thought I was ready. I guess I was, I'm married now...

I haven't but my friend has a girlfriend of two years and has started occasionally kissing other girls on nights out. I think when he's had a drink he doubts the relationship

I just wanted some action. It was awesome. lol.

Some people have no control.

Because They Wanted Out Of The Relationship

Yes, but it was right before we split up. I already knew but just needed some time to get a place to live. It was with a bisexual female friend and her boi friend. We used to play video games together.

She was a totally abusive bitch, and tried to make me insecure/jealous about everything from my looks to the size of my dick. Fucked the hell out of some girl in a bathroom one night when I was at peak fed up and realized some girl I'd known for less than 10 minutes made me feel better about myself than my ex had in almost 8 months. Unfortunately I didn't move on right away but rather kept cheating on her to "get back at her".

After a while I realized I wasn't hurting her nearly as much as I was hurting myself. Tarzaned into a new relationship with a girl who was just normal and really regretted spending any time what so ever with my ex.

Because They Want To Experience Something New

I've cheated. I guess it's because I never really get over my exes, and sex with the same person gets old after a while. I feel bad, and I do regret it, but it's kind of like an addiction. Once you get started cheating, the adrenaline and fear of getting caught gets you off I guess.

Because. They want to be fufilled in a different way, and frankly people get bored.. you know that person, you know their body.. it's no longer exciting.. and saying goodbye is frankly too "Hard"... is it deplorable? Yes.. is it common.. yep... does it need to be that way.. no... but in a society that values monogamy only... then it happens.

Interests change and perceptions sway. Easy as that.

I think narcissism has a lot to do with it . That feeling that you deserve more when that inevitable boredom creeps into your relationship. Your needs are not being met so why not add some excitement to your life. Unfortunately, as many can attest something gained almost always results in something lost and the breakage of trust in a relationship is like breaking China - it can be repaired but it is never the same. These things are almost never obvious when you blunder into your affair.

Because Their Needs Weren’t Being Met

Because some people feel as though their needs aren't being met. I'm not saying it's right at all, but if you need more in a relationship than you're getting you need to talk about it with your s/o.

I have. I was previously in a relationship with a woman who I knew had no future with. That being said, I was young and stupid. I was 21, and a friend from high school moved up to attend the same college as me. We had dated in high school, and hadn't talked in sometime. We started out as friends, and I immediately felt a connection with her that I hadn't felt with my current girlfriend, ever. She was everything I get I wanted - she was exciting, comfortable, loving, and positive. My girlfriend at the time was negative, aggressive, and an introvert - she had emotional issues that I wasn't adult enough to know how to help with. The cheating sex was exhilarating- I felt so connected with her, and it felt like I was melting into her. It was effortless. Something I hadn't felt since I was last with her in high school. Sex with my girlfriend felt tedious - like two people trying too hard to have a good time. I could give you a million details, but I bet you already know where I'm coming from.

And Then There’s This Dude

Well, it would be a little weird if they were cheating on someone else's girlfriend wouldn't it?