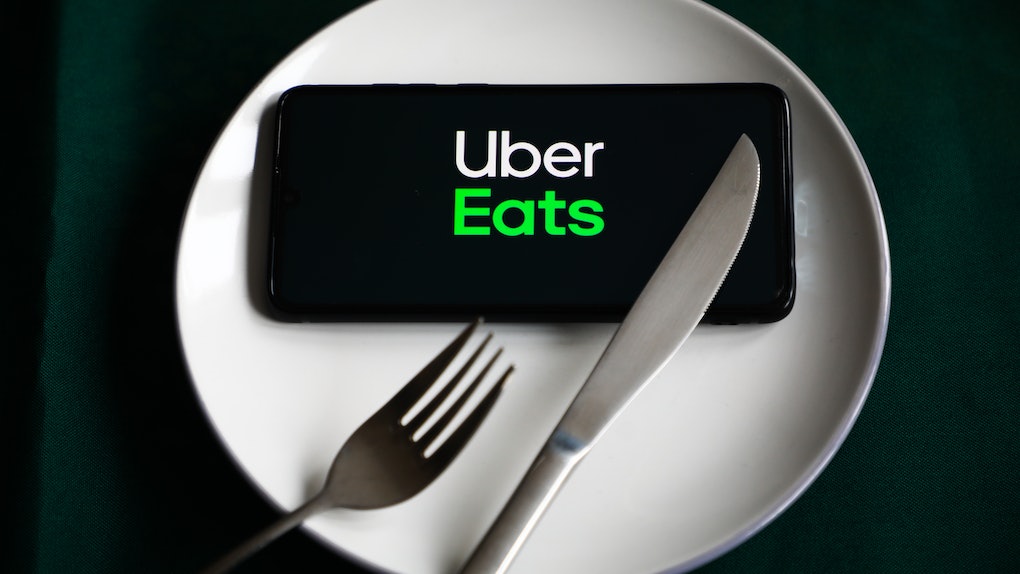 Uber Eats is giving you so many reasons to mark down every day of March Madness on your calendar — and none of them have to do with basketball. The food delivery app is giving you the chance to score buy-one-get-one (BOGO) deals on bites and sips from your fave spots. Since March Madness (and any accompanying food deals) were canceled in 2020 due to the pandemic, the company is making up for it with Uber Eats' March Madness 2021 BOGO deals.

March Madness kicks off with the "First Four" play-in games on Thursday, March 18, which is the same day you'll see BOGO deals start flooding your Uber Eats app. As the official delivery partner of the National Collegiate Athletic Association (NCAA), Uber Eats is seriously bringing the heat with its "DOUBLE THE MADNESS" BOGO deals. The BOGO offers run on game days through April 5, so you can score cheap bites all tournament long whether you tune into a game or not.

To find the BOGO deals in your Uber Eats iOS app or Uber Eats Android app, you'll need to look for a double basketball icon on the left side of your home page, right below the top banners. Tap on the icon that says "Buy 1, Get 1." This will bring up a list of restaurants near offering BOGO March Madness deals. Once you choose a restaurant, the BOGO offer from that spot will be featured at the top of the menu where it reads "Buy 1 Get 1 Free." For example, if you order from Burger King, a BOGO Whopper deal shows up as the first menu offering.

Depending on where you live, there could be more than 200 local and national spots offering deals like free cold brew, pizza, and more. After you find a BOGO offer you want, tap to order it. In your cart, you'll see two of the items for the price of one, with the promo code automatically applied. From there, all you need to do is wait for your bites to come to your door.

To announce the deals, Uber Eats teamed up with comedian Leslie Jones to play two versions of herself — one from 2020 and her present-day self. The LOL-worthy ad basically makes the case for why Jones should enjoy the double the food in 2021 to make up for a March Madness-less 2020, and if you agree, you can make it happen for yourself with all the BOGO deals on the app. With so many restaurants offering BOGO items, you might have dinner covered for the next three weeks.

When ordering an Uber Eats' March Madness BOGO deal, remember to keep in mind the most updated CDC guidelines on mask-wearing, and accepting deliveries.