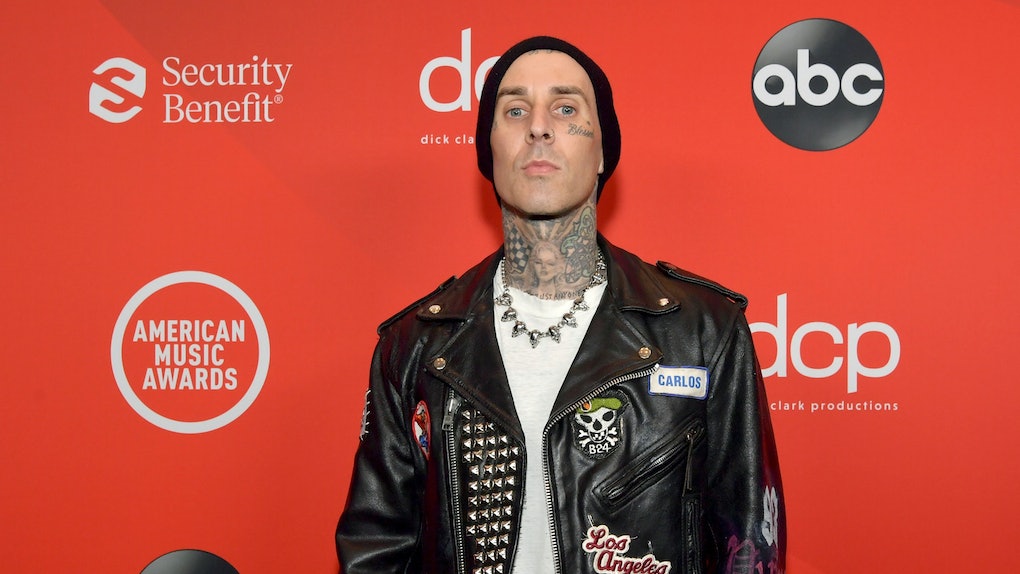 Travis Barker and Kourtney Kardashian were the surprise couple I never knew I needed. Since making their relationship Instagram official, the two haven't been afraid to display their love for each other, and during Travis Barker's interview about Kourtney Kardashian with Drew Barrymore on March 4, the Blink-182 musician explained exactly why he adores the reality star.

"I would date girls that didn't have kids and I [found] it kind of hard, because I think they have trouble understanding, well, 'Why don't you want to go to dinner every night with me?' or 'Why don't you want to see me every night?'" he explained during his appearance on The Drew Barrymore Show. "And now, I'm spending time with a woman who's, like, a great mom, who's, like, a great friend and you don't have to worry about any of those things, it just comes natural." How sweet!

Kardashian shares three kids — Mason, Penelope, and Reign — with her ex, Scott Disick, and Barker also co-parents his two children, Alabama and Landon, with his ex-wife Shanna Moakler. And even though Barker loves that Kardashian is also a single parent, that's not the only he has in common with his new girlfriend.

"I also really like missing someone and cherishing the time that I spend with them, instead of, you know, every day being with them, especially in the beginning of the relationship," he explained to Barrymore. "I think missing someone is so important." It definitely seems like Barker and Kardashian have been cherishing their time together ever since she confirmed they're dating on Feb 16. At the time, Kardashian shared a pic of herself holding hands with Barker on Instagram, and then a few days later, he shared a photo of a love note that she sent him.

Barker told Barrymore the dramatic note was totally his style, adding that he "would prefer to go in a blaze of glory, like ball of flames." Sounds like these two are meant for each other!