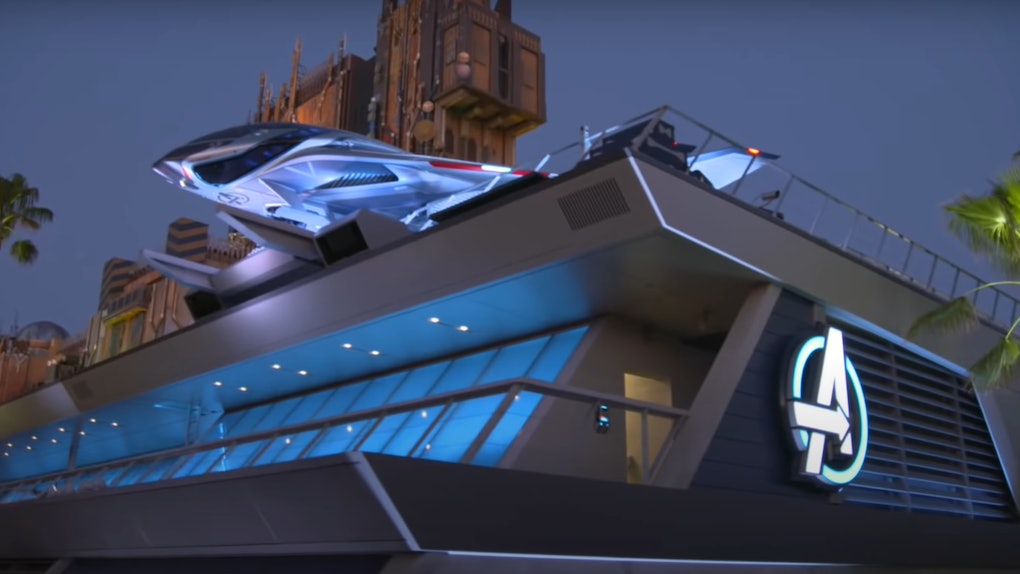 This Video Of Disneyland's Marvel's Avengers Campus Is Super

Disney stans have so much to look forward to, and Disneyland's reopening is just the beginning. After the park announced that it would welcome guests back to Disneyland Resort starting on April 30, there's even better news on the table. The much-anticipated Marvel-themed park area is officially set to open in summer 2021. If you're already losing it over the idea of a Marvel-themed land, you'll want to see the video of Disneyland's Marvel's Avengers Campus, because it looks incredible.

ICYMI, Disneyland Resort in Anaheim, California, unveiled its reopening plans on March 17. The long-awaited reopening amid the coronavirus pandemic is a bright light for fans, but tickets will only be available for California residents until further notice. The Marvel's Avengers Campus will open on June 4, as revealed in an April 8 YouTube video from Disney Parks. The superhero-inspired attraction was supposed to open in summer 2020, but was delayed due to the theme park's year-long closure amid the pandemic.

Although it's nearly a year later than initially planned, fans will be hype to see the sneak peek of the Marvel campus, with iconic landmarks ripped straight from the comics and movies. The company captioned the video, "Avengers Campus – an entirely new land inside Disney California Adventure park dedicated to discovering, recruiting, and training the next generation of Super Heroes – will open June 4 to California Residents at the Disneyland Resort!" As soon as you hit play, you're met with an exterior view of the Marvel Avengers Campus, which is right beside the Guardians of the Galaxy ride. Of course, you get the signature Avengers logo and building design.

After the view of the outside, you'll see a bit of the campus. The first thing you'll see inside is a glimpse of the new ride, WEB SLINGERS: A Spider-Man Adventure. The ride is surrounded by the blend of modern and brick facades of W.E.B. headquarters and old school Stark Industries.

Next on the tour is the Ancient Sanctum area, the dedicated Doctor Strange-themed spot complete with the Orb of Cagliostro. The final portion of the video gives you a look at the Guardians of the Galaxy — Mission: BREAKOUT! ride, which first opened in May 2017.

To see the Avengers Campus preview for yourself, watch the video below:

While the clip gives you an amazing sneak peek, it doesn't show you everything that there is to offer in Avengers Campus. Other parts of the land will include the WEB Suppliers Gift Shop, souvenir shop The Collector's Warehouse, and an Ant-Man-themed restaurant called Pym Test Kitchen.

Even if you have to wait a little while to see Marvel's Avengers Campus in person at Disneyland, it looks like it will be worth the wait. If you consider making any future travel plans, remember to check Disneyland's coronavirus park guidelines, as well as the CDC's most updated guidance on social distancing, masking, and travel.