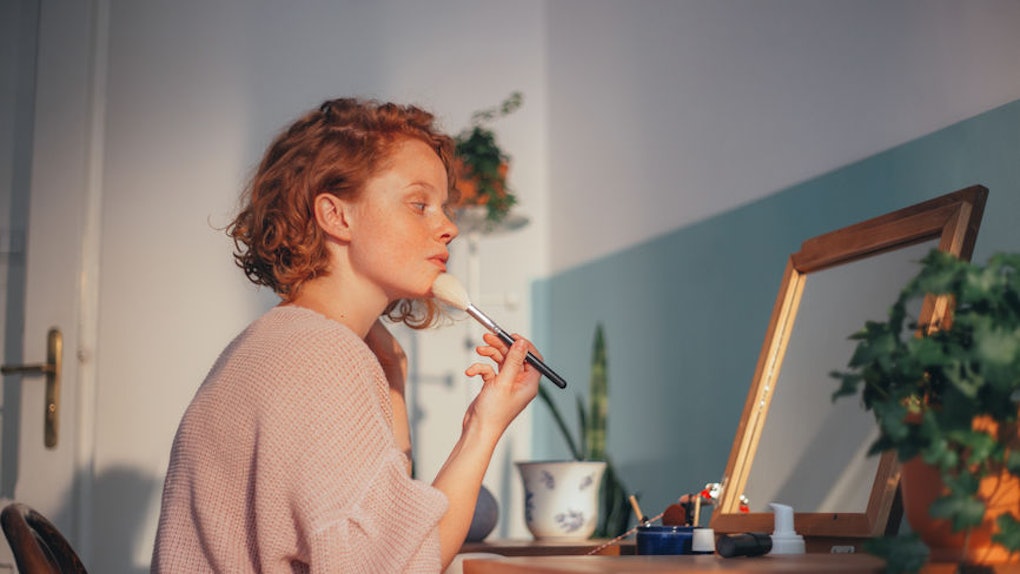 Anyone who dates me knows there are a few things you shouldn’t mess with: my sleep schedule, my leftovers in the fridge, and my skincare routine. So, when I read that a Reddit guy messed with his girlfriend's skin without her knowing it, I was furious. What kind of a monster compromises their partner’s complexion — not to mention their health? Apparently, I’m not alone in my outrage, either. Twitter has been ablaze with angry comments about this story, which was shared by the diabolical dude himself.

It all started when a Reddit user with the username kitchenninja111 started a thread in the community “Dear Reddit, Today I F*cked Up (TIFU)” on April 20. The community description reads, “Today I F*cked Up is a community for the dumbass in all of us. We all have those moments where we do something ridiculously stupid. Let us make each other feel better about ourselves.” But as it turns out, hardly any Reddit users could find any reason to reassure this guy, and it’s no surprise. In his post, which is titled, “TIFU by accidentally giving my girlfriend acne,” the 24-year-old reveals:

I’ve been dating my GF for three years. A while before I met her, she went vegan basically for health reasons. Mostly she swears that it cleared up her skin—from pictures, it seems she went from really gnarly acne to very clear skin. Now, I thought this might be due to her age—teenagers get acne and it goes away yeah, hers just went away a bit late. And now that we’re living together, I’ve been getting tired of all the vegan food (I do the grocery shopping but she does all the cooking). She’s a great cook but sometimes a man just needs some mac and cheese with cut up hot dogs. So I thought I would prove to her that the whole 'dairy gives me acne' thing is in her head. For the past two months, I’ve been emptying the same soy creamer container and filling it with dairy creamer. I was gonna do a big reveal, like “Surprise! You can eat whatever you want!” But she’s been wearing makeup both in and out of the house lately…and last night I saw her barefaced for the first time in a while and it is BAD. Like insects about to hatch out of her face bad. So I figure I’ll just quietly throw out the dairy and her skin will go back to normal… I feel bad but on the other hand, I was doing it for her own good!

OK, let’s take a moment to dissect this. First off, he acknowledges that his girlfriend went vegan for health reasons — not for moral reasons, or anything having to do with animal cruelty or environmental concerns. His partner is avoiding meat and dairy products for the sake of her physical health, which makes his decision to replace her creamer seem even more cruel and uncaring. Secondly, he admits that the way he plans to handle the horrific consequences of his actions is to simply swap the creamer back without saying anything, and hope for the best. In other words, he’s too much of a coward to own up to his mistake. Lastly, and this one is a doozy, he claims he was “doing it for her own good.” Because apparently, he’s a licensed nutritionist and dermatologist and knows better about what’s right for his GF’s body than she does. (Insert three eye-roll emojis here.)

In response to his thread, Reddit users offered up a slew of truly spectacular truth bombs.

“You also could have made her horrendously sick!” wrote one commenter. “If she’s been vegan for years and you gave her animal products then she could have gotten extremely ill.”

Another user wrote, “How about cooking for yourself if you‘re not satisfied with the vegan food she makes? I‘m living vegan too, my boyfriend doesn‘t and he is cooking his own food.”

And then one commenter straight up roasted him with one simple declaration: “No, today you didn’t f*ck up. You ARE f*cked up.”

Meanwhile, the story sparked some outrage on Twitter as well, with many users pointing out the manipulative, potentially even abusive nature of kitchenninja’s behavior, as well as the ridiculous reasoning behind it.

There's a lot to unpack here. But the point about gaslighting, in particular, is an important observation. By refusing to own up to his actions, this guy could be perpetuating his girlfriend's confusion over the state of her skin. She may be actively searching for another trigger for her recent skin problems, or even questioning the effectiveness of her diet. In other words, she'll probably be wasting a lot of time and energy worrying about why TF her skin is flaring up when there's a very valid reason she's unaware of.

Gaslighting, if you don't know, involves making someone doubt their own beliefs and question their reality to ultimately gain more control over them. It's a form of abuse, and it can have a powerful, lasting emotional impact that extends beyond the relationship. So, while this Reddit user may have framed his decision to switch out his GF's creamer as a harmless, even humorous, mistake, it couldn't be farther from that.

A number of Reddit users wrote in to say they're crossing their fingers his girlfriend finds out about his deception and "dump his a**." And who can blame them? Tricking your SO into consuming something that could be harmful to your health merely to prove a misguided point (and because you miss mac and cheese) is totally not OK. Here's hoping she stumbles on the Reddit thread so she can make her own decision about how to handle his behavior, and moreover, is able to recover from this fiasco with a clear complexion.