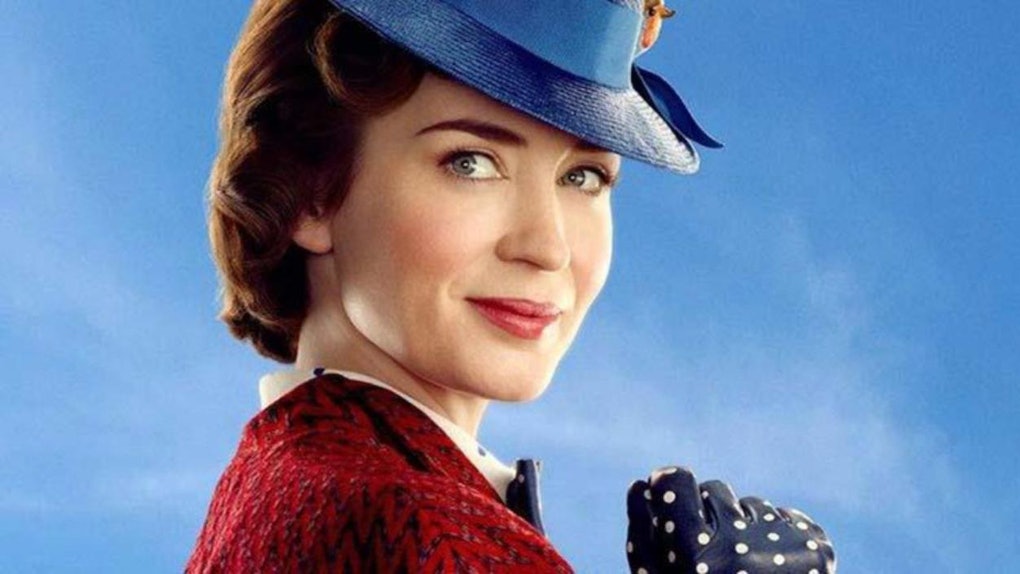 This 'Mary Poppins Returns' Clip Of "Can You Imagine That?" Is Simply Enchanting

This week marks the premiere of one of the longest waits between original film and sequel in the history of movie-making. Mary Poppins Returns will premiere 54 years, three months, three weeks, and two days after the original arrived in theaters back in August of 1964. Not only are fans looking forward to seeing a new actress take over the role of Poppins, with Emily Blunt starring in place of Julie Andrews, but viewers are also looking forward to the new musical numbers the movie will premiere. The latest Mary Poppins Returns clip of "Can You Imagine That?" suggests this film too will have a parade of songs that are classics-to-be.

The Mary Poppins Returns soundtrack has already been hyped ahead of the movie's premiere, with no less than 27 songs on the album, 14 of which are musical numbers from the film. The first two tracks released as part of the promotional blitz were co-star Lin-Manuel Miranda's song and dance tour de force, "Trip a Little Light Fantastic," as well as Blunt's melancholy lullaby-style song, "The Place Where Lost Things Go."

Now, the movie has released a full clip of the latest song release, including movie footage for the upbeat number "Can You Imagine That?"

The clip, of course, cuts off before the magic really kicks in, leaving audiences hungry to know what happened to each of the items Poppins tossed into the tub, and where she and the three Banks children will end up once they dive in and follow.

This is not the only clip Disney put out recently, either. There's also the opening to what the video calls the "Royal Doulton Bowl" sequence. There's no song here, just the setup for what looks to be the film's answer to the original film's "Jolly Holiday" sequence, which, as most will remember, included animated dancing waiter penguins.

The "Royal Doulton Bowl" is actually pulled from the real Mary Poppins sequel, by the way. The original Mary Poppins was published in 1934. In 1935, P.L. Travers released the first of several sequel novels, Mary Poppins Comes Back. In the book, it's still the original Jane and Michael Banks who Poppins is nannying for. Jane accidentally cracks the bowl, upsetting the resident children who are painted on the side of it. She winds up climbing in to visit but because Poppins is not with her, she becomes trapped and requires rescuing.

From the clip, it seems the Disney version has made this a far more cheery sequence. (But this is true to the original movie's take on the book, anyway.) It will be interesting to readers of Mary Poppins Comes Back how much the new film pulls from the original sequel, or if it, like most of the first Mary Poppins movie, will be mostly constructed from whole cloth with the occasional nod to book events.

Whatever happens in the new movie, it definitely seems like Emily Blunt has the character down to a tee. Mary Poppins Returns opens nationwide on Wednesday, Dec. 19, 2018.

More like this
This Video Of Disneyland's Marvel's Avengers Campus Is Super
By Cianna Garrison
Emma Stone's 'Cruella': Premiere Date, Trailer, Cast, Plot, & More
By Abby Monteil and Dylan Kickham
17 Tweets About Simu Liu In The 'Shang-Chi' Teaser, From Proud 'Kim's Convenience' Fans
By Dylan Kickham
Stay up to date