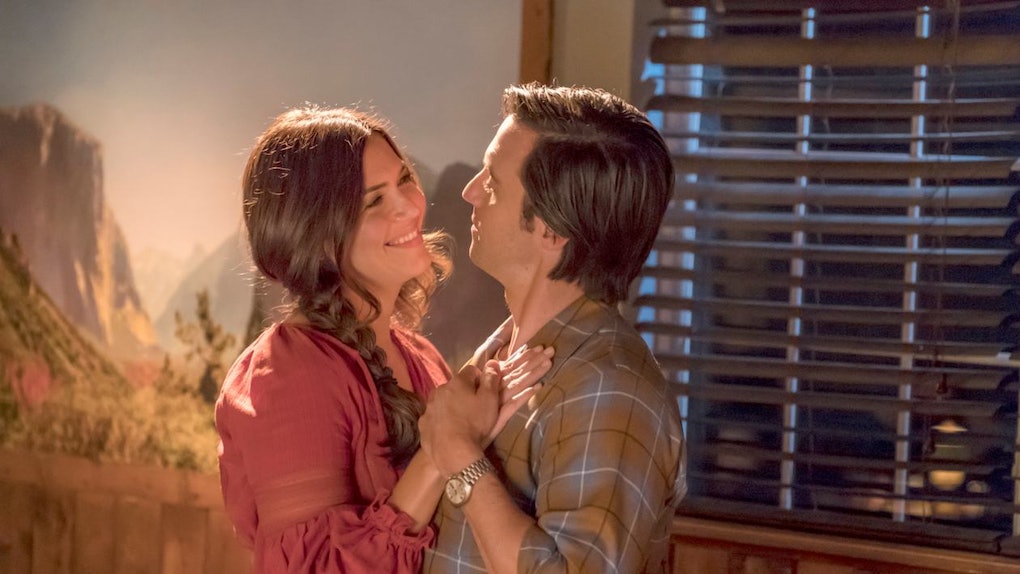 Start looking into bulk supplies of tissues, because the Pearson family and all of their heart-wrenching timelines are coming back for more. Another season of NBC's This Is Us was all but confirmed following its Season 3 finale in April, but the network just delivered a true Big Three renewal surprise. This Is Us Seasons 4, 5, and 6 are happening, bringing the show closer to its suspected endpoint of a sixth season. Is it too early to start crying about that inevitable finale?

In February 2019, co-showrunner Isaac Aptaker revealed to Deadline that the This Is Us creative team was tentatively planning for three more seasons, meaning that a series finale would likely occur at the end of a sixth season. Creator Dan Fogelman has also been vocal about having the show's future carefully mapped out, and Aptaker told Deadline, "I would hope that when we reach our ending, people think it’s a really satisfying end place, that makes sense, and it feels like they’ve watched something that is a complete piece of work."

NBC previously renewed This Is Us for Seasons 2 and 3 in one go, but this supersized renewal on May 12 is even more impressive. It ensures that should Fogelman stick to his original plan, the show can end on its own terms within six seasons. NBC hasn't confirmed that Season 6 of This Is Us will be the last, but Fogelman seems to have his heart set on drying out fans' tear ducts by then. The cast and crew have also already filmed footage for the series finale, so set a reminder to buy extra tissues for spring 2022 just in case.

As for what viewers can expect in the upcoming Season 4, Fogelman summarized its main themes to Deadline, saying, "I think [Season 3] has been a lot about redemption, but also a lot of rebirth. Next season is a season of new beginnings and restarts."

The Season 3 finale definitely established new starts for the Pearson family. Although the closing flash forward confirmed that the premature Baby Jack is alive in the future, Kate (Chrissy Metz) and Toby (Chris Sullivan) are still dealing with the uncertainty circling his health in 2019. As they welcomed their son home, Rebecca (Mandy Moore) and Miguel (Jon Huertas) were preparing for life in California, while Kevin (Justin Hartley) broke up with Zoe (Melanie Liburd) when he realized how badly he wanted children. Beth (Susan Kelechi Watson) and Randall (Sterling K. Brown) also fixed the bumpy patch in their marriage by initiating a move to Philadelphia, where Randall could fulfill his city council responsibilities and Beth could open her own dance studio.

All of the Pearsons are facing new chapters, and the finale flash forward hinted at where these paths ultimately lead. Seeing as the show loves to draw things out, fans likely shouldn't count on Season 4 immediately answering questions about the future. On the bright side, viewers now know that This Is Us has plenty of time to fill in these gaps. Here's to crying on Tuesday nights for three more years!

Season 4 of This Is Us will premiere on NBC this fall.