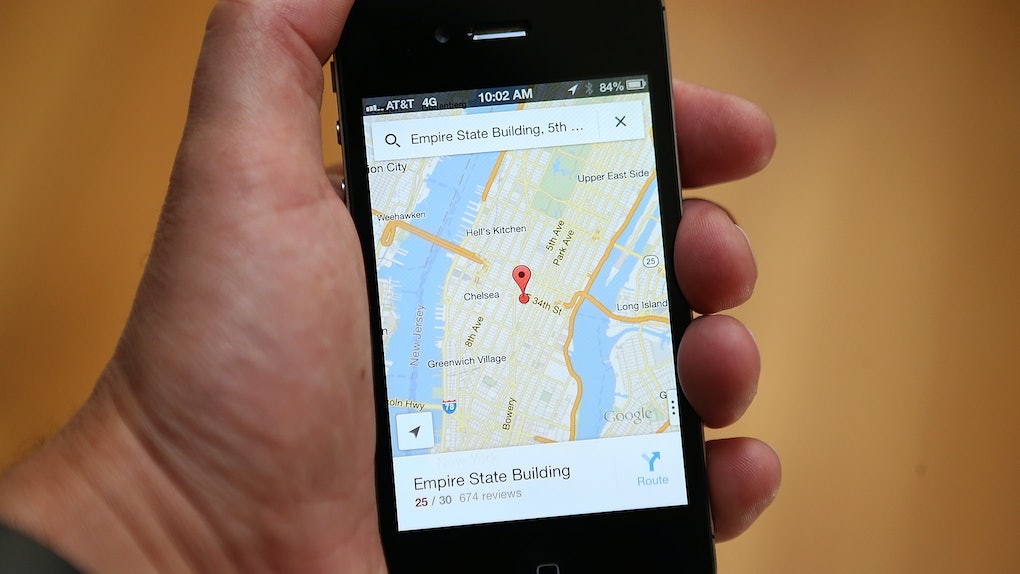 Thanks to a new feature built into Google Maps, you might be able to avoid future speeding tickets. A long-awaited Google Maps update shows speed limits on the app for both iOS and Android devices, as well as speed traps in select countries. Having some extra help on the road has never been easier!

The speed limit feature was previously only available in the San Francisco Bay Area and Rio de Janeiro, Brazil, but Google Maps now appears to be rolling out its speed limit feature nationwide, as noted by Android Police on Jan. 17. If your app has the new feature, the speed limit will be displayed on the bottom left side of the app in a small rectangle. Users can also rely on speed trap features to help track speed cameras and avoid tickets. According to Mashable, the speed traps will have orange camera icons so drivers can make sure to maintain the speed limit around these areas. The best part? You don't have to do it alone, because drivers will receive audio notifications when approaching speed traps.

Twitter users are reacting positivity to the new changes, with many people noting that they've been patiently waiting for this feature for some time. User @shellyjain87 wrote, "@googlemaps finally has the feature I have been wanting for long...speed limit," and @lifersway on Twitter wrote, "IVE BEEN WAITING FOR THIS FOR YEARS."

In 2013, Google bought Waze. A Google blog post said at the time, "We’re excited about the prospect of enhancing Google Maps with some of the traffic update features provided by Waze. Garmin and Waze both showed speed limits before Google Maps' update, and Waze's other impressive traffic features include car crashes, traffic jams, road construction, and speed cams. Many big updates were made to the Google Maps app after the acquisition of Waze including a feature that showed users where they parked their cars, a restaurant "match" function that shows users tailored restaurant recommendations based on where they eat, and Spotify integration that lets Spotify listeners control their tunes within the Google Maps app. Google Maps even rolled out some fun, non-commute-related games like "Where's Waldo." With the changes, though, there are still no plans to merge Google Maps and Waze, per Google.

Speed limits and speed traps aren't the only features Google will add to its navigation app in the first few weeks of 2019. Earlier this month, Mashable reported that Google Assistant would be available through the app. With this voice-controlled feature, users can ask for directions to a restaurant, a specific address, saved locations, and even ETAs. Users driving long distances might also benefit from asking Google Assistant where they might find gas stations or rest stops along their route.

Hopefully this feature will make the roads safer for everyone and help you be ticket-free in 2019!

More like this
Here's Where To Find iOS 14 App Icons To Customize Your iPhone Home Screen
By Lara Walsh
Can You Blur Your Zoom Background On Your Phone? Here's The Deal With This Clutch Feature
By Lara Walsh
Here's How To Use The "Hey Spotify" Voice Command For The App & Listen Hands-Free
By Lara Walsh
Stay up to date