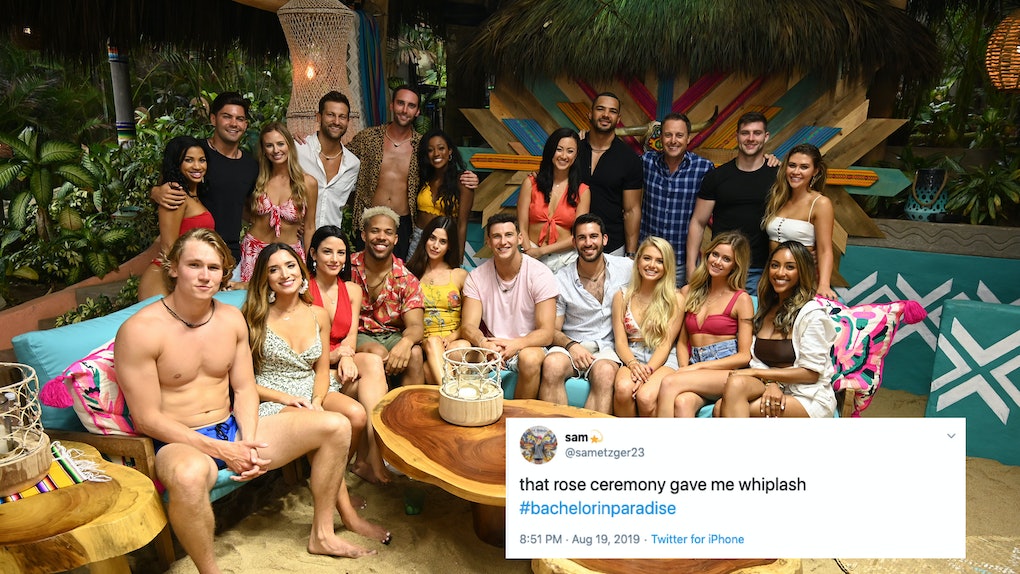 Choosing favorites in Bachelor Nation is a dangerous game. This is perhaps no truer when it comes to Bachelor in Paradise, when the cast switches up in pretty much every episode. But even so, fans inevitably fall for certain beach-lounging contestants, and end up getting their hearts broken right alongside them when they are sent packing. This is exactly what happened on the Monday, Aug. 19, episode of Season 6, when a certain yellow-haired, fashionable suitor was eliminated. Let these tweets about Wills leaving Bachelor in Paradise serve as a warning against getting too attached to Bachelor Nation's lovable cast members.

Wills Reid first entered Bachelor Nation as a contestant on Becca Kufrin's Bachelorette season, where he won the hearts of fans for his fashion choices and endearing nerdiness. Though he was passed over for the chance to become the Bachelor after getting eliminated by Becca, Wills didn't stay away from the franchise for long. In 2018, he appeared on Season 5 of Bachelor In Paradise. But alas, his time in Mexico was short-lived, as he was sent home during the first Rose Ceremony.

After falling in love with Wills from afar, then watching him get snubbed on not one, but two shows, his fans were really hoping the fan-favorite would find a real connection this time around. Unfortunately, that will not be the case.

After initially going after Hannah Godwin (who has her own love drama going on this season) Wills didn't seem to be vibing with anyone on the show. When he confessed his feelings for Katie Morton on during the first episode of Week 2, many fans were caught off guard — as was Katie, it seemed, since she turned him down on the spot.

At the Week 2 cocktail party, Wills didn't really appear to make any last-minute connections with anyone, so when it came time for the Rose Ceremony, it wasn't looking great. Then, when Onyeka Ehie decided to leave Paradise without giving out a rose, his chances got even lower.

Wills' fate was sealed when Kristina Schulman handed out the final rose to Blake Horstmann. It was a bold move that seemed to take most of the cast members by surprise. It certainly was a shock for audiences, too.

While some fans commended Kristina for her choice to keep Blake around in order to torment him a little longer, many are upset she squandered a rose that could have allowed someone like Wills to stay and find a real relationship.

From the looks of it, pretty much all of Bachelor Nation will mourn the loss of Wills, an all-around good guy who seemed to have the best intentions.

After a stint on the Bachelorette and two runs on Bachelor in Paradise, could this be the last of Wills that fans will see? Many are hoping not, with some even calling for him to break out from the crowd and take on the leading man role on The Bachelor one day.

No matter what happens next, here's hoping Wills finds his happiness, whether it's onscreen or off.