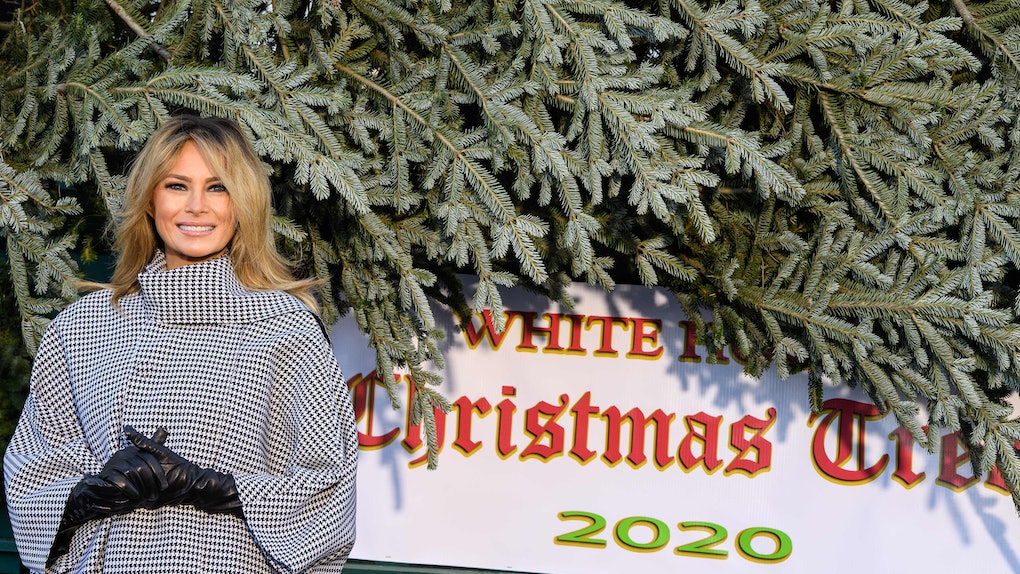 These Tweets About Melania Trump's 2020 Christmas Decorations Are Absolutely Brutal

Now that Thanksgiving is over and done with, it's officially Mariah Carey season — sorry, I meant Christmas! The holidays are here, and as Dec. 25 approaches, stars and celebs are preparing to show off their best holly-jolly decor to the public. Surely there will be no shortage of string lights, festive ornaments, and massive trees in the coming weeks all across social media. Unfortunately, Melania Trump's 2020 Christmas decorations aren't getting the best reception from the public, despite her attempts to please them with a more traditional aesthetic compared to previous years.

Trump previously stated her distaste for decorating the White House during the holiday season in a leaked audio recording of a summer 2018 phone call with her former friend and adviser Stephanie Winston Wolkoff. "'Who gives a f**k about Christmas stuff?'" Trump was heard saying in an angry reaction to negative press coverage of her and her husband, President Donald Trump. The recording was reportedly made around the time the first lady drew criticism for wearing a jacket with lettering that read, "I really don't care, do u?" to visit migrant children during the height of the controversy around the Trump administration's "zero-tolerance" family separation immigration policy. The White House did not previously respond to Elite Daily's request for comment on the recording, but a spokesperson for the first lady told The New York Times that "there is no way to know if these recordings have been edited," and it was "clear the clips were handpicked and presented with no context."

Regardless of her alleged negative outlook on the yearly process of decking the halls of the White House, Trump published several videos and photos of herself admiring the 2020 decorations. This year, 1600 Pennsylvania Avenue is filled with lush green trees, intricate holiday arrangements, and gigantic ornaments. The decorations are truly the best of the Trump presidency to date, but some users on Twitter still aren't having it at all. These 20 tweets about the White House's festivities are brutal, to say the least.

Many Remembered The Decor Of Christmases Past

There Were Memes Galore

Some Gave Her Props For Improvement

Others Weren't As Easily Impressed