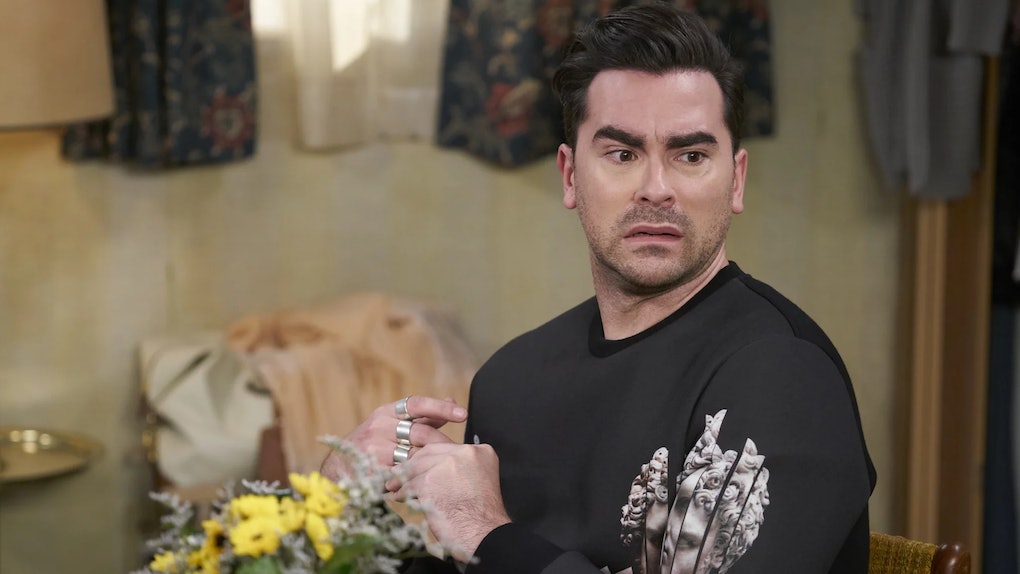 These 'Schitt's Creek' David Memes Have The Perfect Amount Of Sass

There are some moods words simply cannot describe, and when any Schitt's Creek fan is feeling that certain type of way, they know exactly who to turn to: David Rose. The spoiled rich kid-turned-lovestruck townie became an unlikely source of relatable quotes, facial expressions, and mannerisms when Schitt's Creek shot to popularity, and he remains the king of reaction GIFs to this day. So, the next time you're in need of some sass, look no further than these Schitt's Creek David memes.

Even though Schitt's Creek ended at the beginning of 2020, the cultural impact of the heartwarming sitcom likely won't fade anytime soon. The riches-to-rags story about the wealthy Rose family losing all their money and moving to a small town started as a hidden gem on the Canadian network CBC in 2015. After a couple seasons, Netflix acquired the show's international streaming rights, and the fandom grew increasingly more invested until its popularity exploded in the show's final seasons. When Schitt's Creek's sixth and final season aired at the start of 2020, it became an awards season juggernaut, sweeping the Emmys and Golden Globes.

But the true impact of Schitt's Creek is probably best exemplified in the internet content it has spawned. While Moira's kookiness and Alexis' cool-girl vibe are hard to compete against, David Rose is a top contender at being the show's most meme-able character. His perpetually annoyed, witty retorts are simply the best for social media, and Dan Levy has clearly mastered the art of capturing all of David's ridiculous mood swings in his facial expressions.

Look no further for proof:

The fun doesn't just stop there. Since the best way to use David's witty comebacks and expressive faces is in the form of reaction GIFs, Giphy created a full section dedicated to David Rose GIFs. The database makes it super easy to find the perfect David GIF for whatever you're feeling, and it's totally compatible with Twitter and Facebook as well so posting is simple. With all the meme content he's provided us with, nobody is saying "Ew, David" anymore.

More like this
15 'Schitt's Creek'-Inspired Mother's Day Cards On Etsy For The Moira In Your Life
By Rachel Chapman
6 ‘Schitt’s Creek' Spinoff Ideas That Are Simply The Best
By Rachel Varina
'Selena: The Series' Part 2: Netflix Release Date, Trailer, Cast, & More News
By Dylan Kickham
Stay up to date