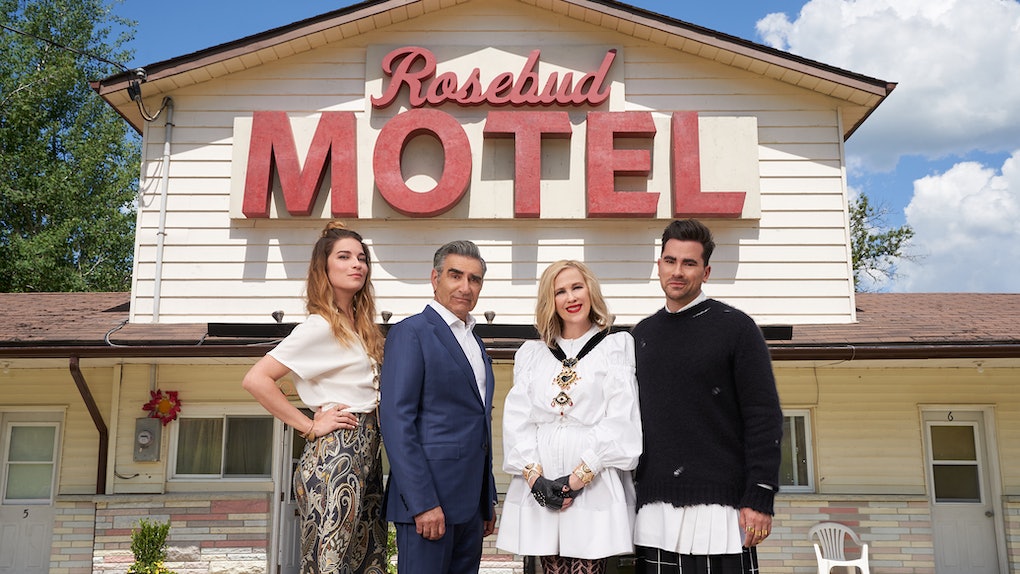 When Schitt's Creek swept the Emmys, it was a shocker for the ages. The series, which had wrapped up a six-season run, was ignored for the majority of its time on the air. It became a record smasher at the Emmys, sweeping all nine of the main awards for the comedy category. Naturally, other awards shows have followed suit with nominations, including the SAGs and the Critics' Choice Awards. The Golden Globes also deigned to notice the show for the first time with five nods. But the Schitt's Creek Golden Globes snubs outnumbered the wins, disappointing fans.

Fans should note that the Supporting Actor/Actress categories are not divided by comedy/drama but a single vertical across all of television. It makes the road to a clean sweep much harder for Schitt's Creek. The show was favored to take the comedy awards for Best Series, Best Actor, and Best Actress since those are separated from drama. But Annie Murphy was up against Gillian Anderson and Helena Bonham Carter for their turns in The Crown, for example. Meanwhile, Dan Levy was competing with John Boyega from Small Axe and Jim Parsons' turn in Hollywood. Wins for them were not nearly as assured.

And therefore, it was not a surprise that Dan Levy's loss was the first blow of the night. He lost to John Boyega, who was excellent in Small Axe, and was probably the most deserving of the five Supporting Actors nominees. But it didn't bode well for Schitt's Creek's chances.

On the other hand, when it came to the Best Actress category, O'Hara took it in a walk. (Even though her husband attempted to play her off via his phone.) And the show took home the big prize for Best Comedy. But Eugene Levy lost to Jason Sudeikis in Ted Lasso, and Annie Murphy's category was taken by Gillian Anderson as part of The Crown's sweep.

But even then, not all fans were happy. Some felt Ted Lasso deserved the top prize.

Others agreed a split was fine. In this case, it seems a why not both situation.

Turns out, in comedy, there's room for all. Congrats to both Schitt's Creek and Ted Lasso.