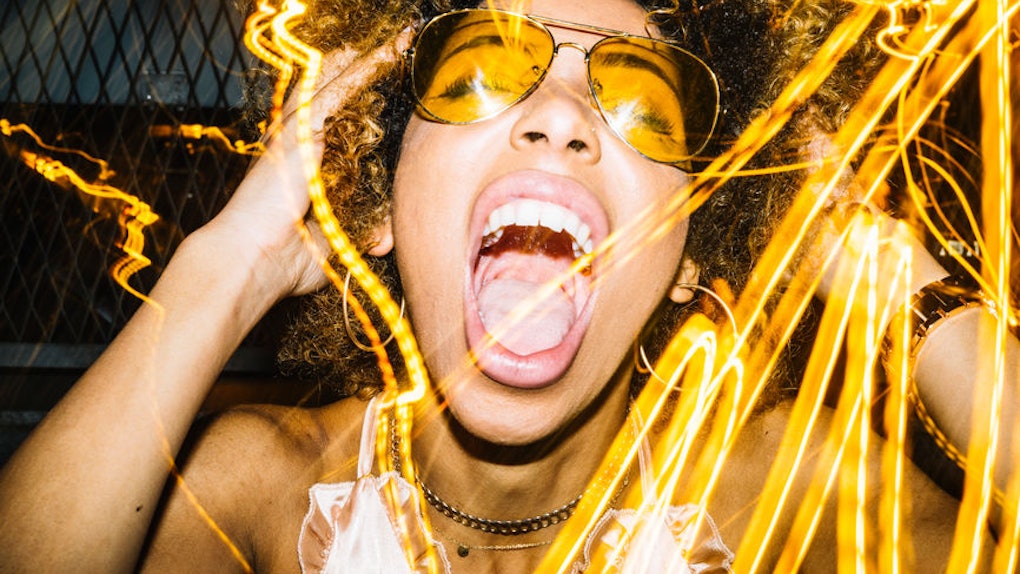 Can you remember a time when you felt shamelessly outspoken? It can go just as well as it can go wrong, right? I bet there was a moment where you said something really controversial at one point and it was met with scorn. However, I guarantee there was also an instance where you fearlessly spoke the truth, and people really appreciated you for it. Being honest about how you feel is no easy game, but these are the most outspoken zodiac signs: Aries, Gemini, Virgo, and Sagittarius. If you've got any of these placements in your birth chart, you probably can relate.

I know that the wiser choice is often to think hard before you speak. Sometimes what you want to say might come across the wrong way and you don't want to unintentionally offend somebody. But, let's be honest: Don't you love all the outspoken people in your life? Sure, they may suffer from "foot-in-mouth" syndrome, but they get straight to the point and let people know who they are. Sometimes you need an outspoken person to be brave enough to take the risk of being honest, of even being brutally honest. If everyone sugar-coated everything, nothing would be real. If everyone cared too much about what other people think, nobody would be real.

Aries: You Can't Help But Get Straight To The Point

When you have something to say, you don't feel like beating around the bush or dancing around the truth. You're ruled by Mars, planet of aggression and combat, and your words have a lot of fight in them. The truth shoots out of you like cannonballs and it lands in a fire. Sure, sometimes you go a little too far and you speak too impulsively. But at the end of the day, you're succinct with your speech and no one is ever in the dark about how you feel.

Gemini: You Say What No One Feels Brave Enough To Say

Your mind is always racing at lightning speed, and so, you don't always have time to pause and think before you speak. After all, you're ruled by Mercury, planet of communication and thought process, and you come up with some clever quips and insightful things to say. Sometimes your outspokenness comes across as abrasive or even caustic, but your brazen honesty isn't for everybody. You understand that in order to be your authentic self, you need to say what you want to say.

Virgo: You Tell It Like It Is, Even When It's Not Pretty

You're incredibly intuitive and observant, which is why flaws tend to jump out at you. However, you don't think that keeping the the truth of these flaws from the world is a nice thing to do at all. If you don't tell your friend that they need to fix their her makeup, they'll walk around with lipstick on their teeth all day, and nobody wants that. While not everyone likes how outspoken you are about the truth, you know you're doing the world a favor. Someone's got to to do right thing and be honest.

Sagittarius: You're Honest And There's Not Much More To It

You're one of the most honest people you know and when you know the truth, you really can't help but spill it. After all, you're ruled by Jupiter, planet of expansion and growth, and keeping contained really isn't your strong suit. While everyone else might ignore the truth or tone it down, you're the one who comes right out and says it. What's the point of pretending everything's alright when it's not? Why would you want to play down your excitement when you could shout it from the hilltops?