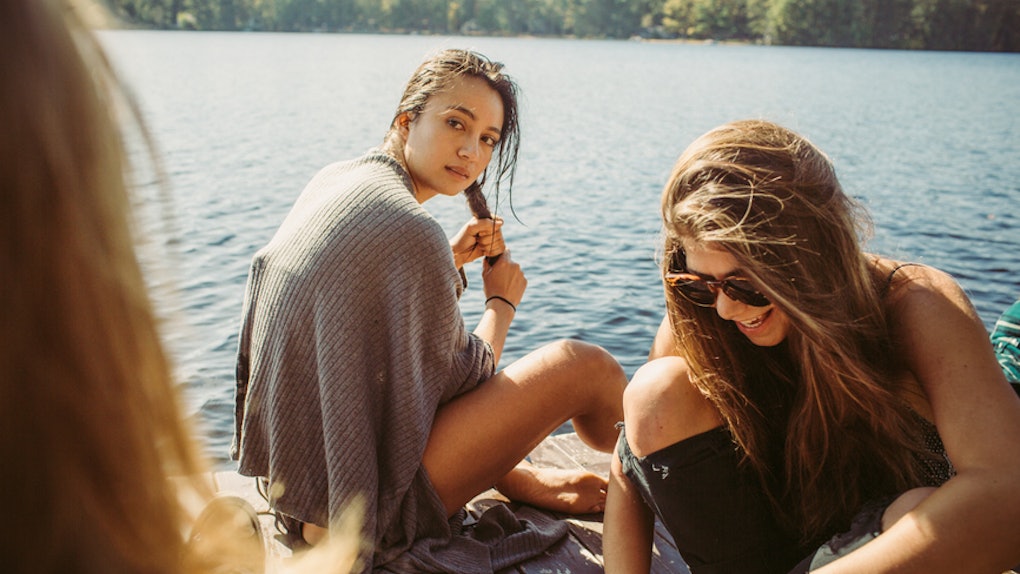 These 3 Zodiac Signs Have The Biggest FOMO, So Don't Forget To Invite Them

In case you haven't heard, FOMO (fear of missing out) is apparently a huge epidemic these days. With social media blasting every life-changing event and memorable get-together that takes place, it's easy to feel like your life is full of a whole lot of nothing while everyone else seems to be having the time of their lives. Obviously this is an irrational feeling, but let's be real here: Most of us have felt terrified of being left out and excluded from the fun since we were little kids. The idea of being the only person who wasn't invited to the party stings with such excruciating pain, it's inevitably earned its own acronym. Of course, not all of us experience this fear at the same level and there are certain zodiac signs who have the biggest FOMO of all: Aquarius, Gemini, and Libra. That's right, they're all air signs. Surprised? You shouldn't be.

The thing about air signs is that they desperately want to keep up with all the latest and greatest social events. They're charming, intellectual, conversational, and they know how to work a room. However, while they love being an essential ingredient to the party, they also need to withdraw and recharge by existing on their own terms for a while. The push and pull between these two instincts curses them with a chronic case of FOMO.

Aquarius: They’re Terrified Of Being Left Behind

On the surface, an Aquarius appears blasé and cool, like they've got better things going on anyway — things that no one else could possibly understand. On the inside, however, they're a vulnerable mess, trying so hard to keep a lid on their overwhelming array of emotions.

Since being the first person to spearhead a happening new culture, community, or event comes so naturally to them, the idea of nobody thinking to bring them in on the fun is simply heartbreaking to an Aquarius. Of course, they would never let anyone know that. They'll just watch everyone else have an amazing time connecting with each other from afar, while pretending that they're actually way ahead of the curve and they couldn't care less. In reality, if they feel like they're missing out on an important movement, an Aquarius will have no clue what to do with themselves.

Gemini: If They Did Not Receive An Invitation, Their Life Is Meaningless

A Gemini is used to being able to attract people as easily as honey attracts bees. They're so socially intelligent that they can sense what a person wants in a friend and then become that friend. Thus, they can join social circles with astounding ease. The problem, however, is they don't always understand what it takes to keep up with friendships. They're so busy pleasing everyone they meet that they forget how long-lasting relationships require real work.

When they've taken such a long break from a social circle that they aren't even invited to their party, a Gemini is completely dismayed. While they may think they've made quite the impression on these people, they might not necessarily be considered a member of the "group." However, all a Gemini wants is to be included. Their egos completely depend on it, no matter long it's been.

Libra: They’re Just Convinced That Nobody Likes Them

With how perfect and beautiful a Libra always looks, you would never guess just how ridiculously insecure they can be. If you're close friends with a Libra, you're probably used to them constantly asking for emotional reassurance. No matter how graceful and delightful their presence has been, they'll always wonder if everyone truly considers them their friend. They take everything personally and they're completely worried about being liked by everyone they meet. You can try to tell them that this fear is irrational. A Libra won't listen.

Even when a Libra has actually been invited to an event, they'll still wonder if it's just a pity invite or some sort of conspiracy. Hyper aware of every tiny flaw that they might have, they're honestly surprised by the idea of someone genuinely enjoy their company.