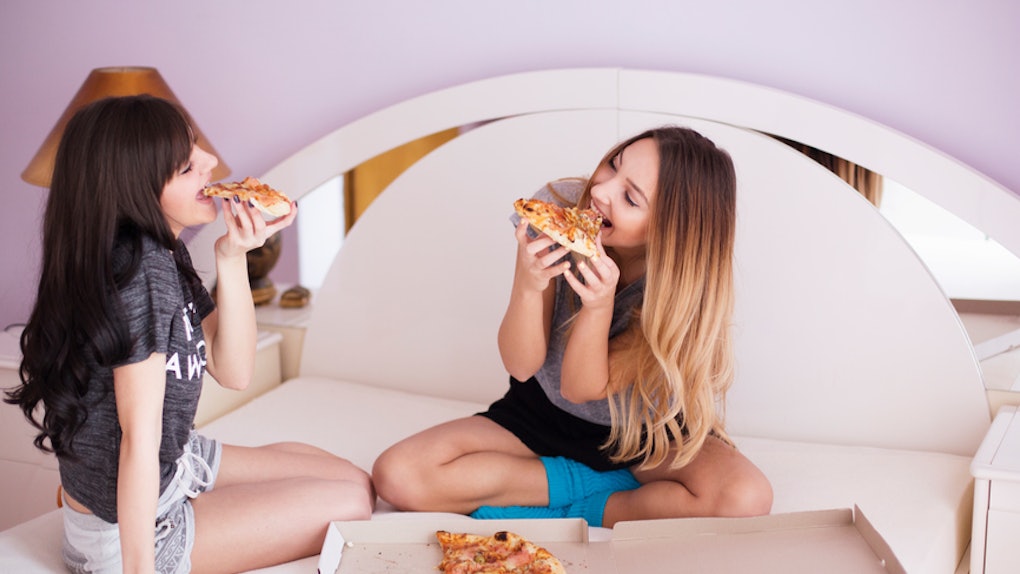 These 3 Zodiac Signs Take Longer To Move Out Of Their Parents' House, But It's Not What You Think

The days of moving out on the brink of your 18th birthday and scraping by until you make a name for yourself in this dog-eat-dog world are over. Instead, more and more people are choosing to live rent-free at home while they navigate the tough early years of adulthood. With all the alarmist news articles about how shamelessly "lazy" your average millennial can be, you probably knew that already. If you want to know who they're referring to most specifically, these zodiac signs take longer to move out of their parents' house than most: Taurus, Cancer, and Capricorn (with Pisces and Scorpio following close behind).

While many prefer to look down on those who choose to stay at home, it's not always a signifier of entitlement or a lack of ambition. In fact, it can be the most financially sound decision a person can make. With how expensive public universities have become, living with your parents and commuting to school can rescue you from a ton of student debt. It can also allow you time to save up money before you buy a home of your own.

Living with your parents might also just be the right decision for someone emotionally. There's nothing immature about wanting to maintain closeness with your family and friends. It all comes down to whatever's best for the individual as they embark on their own journey toward adulthood. Some of us are just sensitive homebodies, and there's nothing wrong with that.

Taurus: They're Comfortable At Home, Why Would They Leave?

There's no sign who's a bigger homebody than Taurus. They put time, care, and energy into cultivating their sacred space. The bedroom they grew up in likely has such a uniquely comforting energy that they've spend years perfecting. They're in absolutely no rush to leave their castle behind and begin building a new one from scratch. For a Taurus, moving out entails a lot more than just saving up money and finding a compatible roommate. If they're plunged into an environment that they can't relax in, their entire universe will feel off-balance.

Highly attuned to all five of the senses, the thought of leaving behind their state-of-the-art bed, calming view of their backyard, and their mom's home-cooked dinners is enough to instill downright fear in a Taurus.

Cancer: They Couldn't Bear The Thought Of Leaving Their Family

A Cancer embodies motherly, affectionate energy more purely than any other sign in the zodiac. Maintaining their closest emotional bonds and infusing their social circle with love is central to their character. This is a sign that has been friends with some of the same people since kindergarten. They're also most likely to consider their mom to be their best friend.

More often than not, a Cancer's main goal in life is having a beautiful relationship with their friends and family. Leaving their people behind in search of something new tugs at their heartstrings. They'd miss their loved ones way too much to just jump ship the second they're told it's the "adult" thing to do. Who says you can't be an adult while living with your family?

Capricorn: Why Waste Money When They Can Save?

The fact that Capricorn made the list might come as a shock to you. They're one of the most ambitious and strategic signs in all the zodiac, right? Well, that's precisely why it's so common for a Capricorn to linger at their parents house. They spend a lot of time thinking decisions through and preparing for the worst. Instead of wasting all their money on an overpriced rent and eating fast foot for dinner every night, they'd rather save their paychecks and their mental health for something significant. Living rent-free with their parents is the perfect way to do that.

And let's be real, Capricorns can be some of the biggest grandmas. They're often of a more traditional stock and they tend to look up to their parents with profound reverence. It's not at all uncommon for a Capricorn to prefer gleaning wisdom from their earliest teachers over throwing ideas at the wall and seeing what sticks.