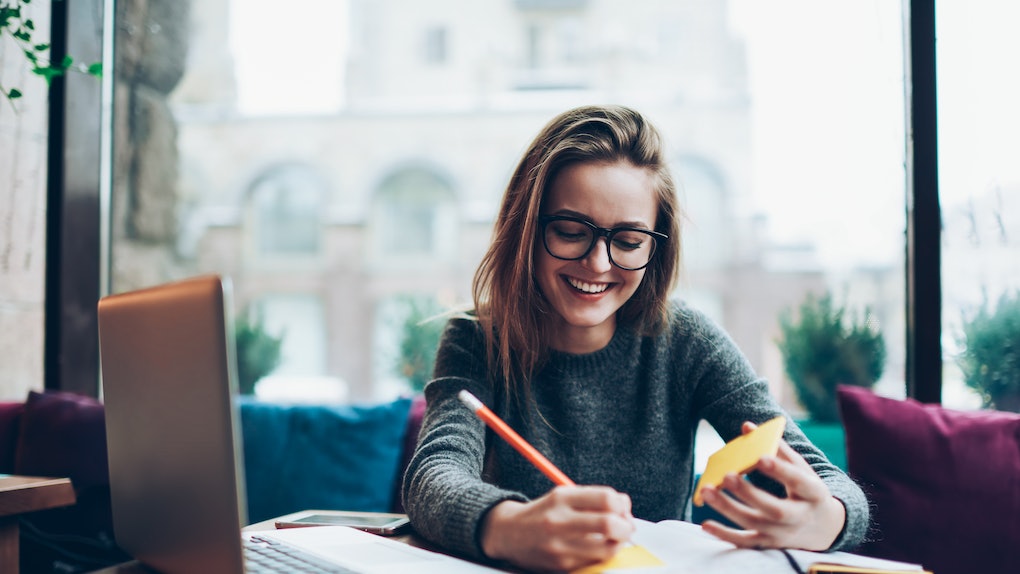 The Type Of Student You Are, According To Your Zodiac Sign

I graduated from college a few years ago and I will wholeheartedly admit I didn't appreciate it enough at the time. Through all the late nights of studying, writing essays, and navigating the stress of tuition costs, I often forgot to enjoy my time as a student — it truly goes by so fast. When I look back on it now, I remember how rejuvenating it felt to walk through campus once the sun began to set and the crowds dispersed. I remember the invigorating feeling of learning something truly mind-blowing in class. I remember the friends I made in the most unexpected places. If you feel like taking a trip down memory lane or even delving deeper into your current enrollment status, let's discuss the type of student you are, according to your zodiac sign, because astrology has so much to say about it.

There are countless ways to be a student. There's the student who's completely focused on school and not enough on the social aspect of it. On the flip side, there's the student who can't get enough of the parties and Greek life, leading them to loathe all the studying. With all the opportunities and choices you have, it's nearly impossible to experience them all. However, here's how your zodiac sign might influence the decisions you make as a student:

Aries: The Student Who's In Charge Of The Group Project

You can always spot an Aries student by how passionate and hardcore they are about the subjects they care about. If they're forced to be in a group project, they're most certainly leading the rest of their partners to success. They won't stand for any laziness in the group. Their impatience and drive forces everyone else to step up their game.

Taurus: The Student With The Prettiest School Supplies

When a Taurus becomes a student, they do it with style. They're incredibly resourceful and they've always got enough pens to share with everyone in class. But these aren't just any pens — they're the cutest, most expensive ones money can buy. And their planner? It has a meticulously organized aesthetic and is always glittering with various colors.

Gemini: The Student With Way Too Many Extracurricular Activities

A Gemini student is easily bored. Even though they love learning, it's so difficult for them to stay focused and passionate about something for a long period of time. You can always tell a Gemini student apart from others by how many groups and activities they're involved in. It's almost like they have one finger in each pot.

Cancer: The Student Who Takes Care Of The Study Group

No one is more passionate about their study group than a Cancer student. They're probably the one gathering the whole crew together, reserving a room at the library, and bringing plenty of snacks. In fact, if you've got a Cancer in your study group, you'll never have to worry about being left behind or confused. Your Cancer pal will definitely take care of you.

Leo: The Student Who Sits Right In Front Of The Class

If you're a Leo student, you want to be at the top of your game. Whether you're running for student body president or studying for a test, you'll be so hard on yourself if you don't measure up to your own standards. So much so, you tend to sit right in the front of class where everyone can see you in your glory.

Virgo: The Student Who Takes Notes For Everyone Else

The Virgo student is most likely one of the hardest working students out there. They're overly organized, analytical, and they study more than they even need to. They're also known for setting aside their own needs for their fellow students, and because they take such diligent notes, they're often the first person people ask for information they missed in class.

There are often two distinct sides to a Libra student. They're all about harmony, so putting all their focus on just one thing tends to be difficult for them. They love an even balance of it all, and because they're known for being so indecisive, they're also famous for switching majors more times than they care to admit. They might even decide to double major.

A Scorpio is rarely the type of student to loudly state their passions and concerns. In fact, they might act like they don't even care about school at all. They prefer to keep what's important to them a secret, but don't be fooled. A Scorpio student is highly ambitious and they're likely doing so much behind the scenes. They just prefer to be covert about it.

Sagittarius: The Student Who Never Stops Raising Their Hand

If you're a Sagittarius student, you've probably got a lot of opinions and not too many qualms about sharing them. You're known for being spontaneous and adventurous, which makes you the student that takes the class discussions in all sorts of fascinating directions. Your hand shoots right up when the professor asks a question because you're eager to participate.

Capricorn: The Student Who's Best Friends With The Professor

You're committed to your craft if you're a Capricorn. Chances are, you're not just going to college for the experience of it all. You're there with a plan and you're not wasting any time. You're not afraid to ask questions or for advice, which means you're probably known for hitting up those office hours and actually getting to know your professors.

Aquarius: The Student Who's Always Starting A Protest

The Aquarius student sees the campus as a place to enact powerful change. Since they're so concerned about others, they're likely championing all sorts of humanitarian efforts to make the world a better place. And, if the school is doing something they don't agree with, they're one of the first people to start a movement to let the faculty know.

Pisces: The Student Who Never Shows Up But Still Gets An A

A Pisces student is always daydreaming, which means they're probably famous for spacing out during class and thinking of other things. However, their imagination makes them an incredibly creative student with a whole slew of unexpected skill sets. Even if they're only showing up to class once in a while, they're very clever and they still walk away with a good grade.