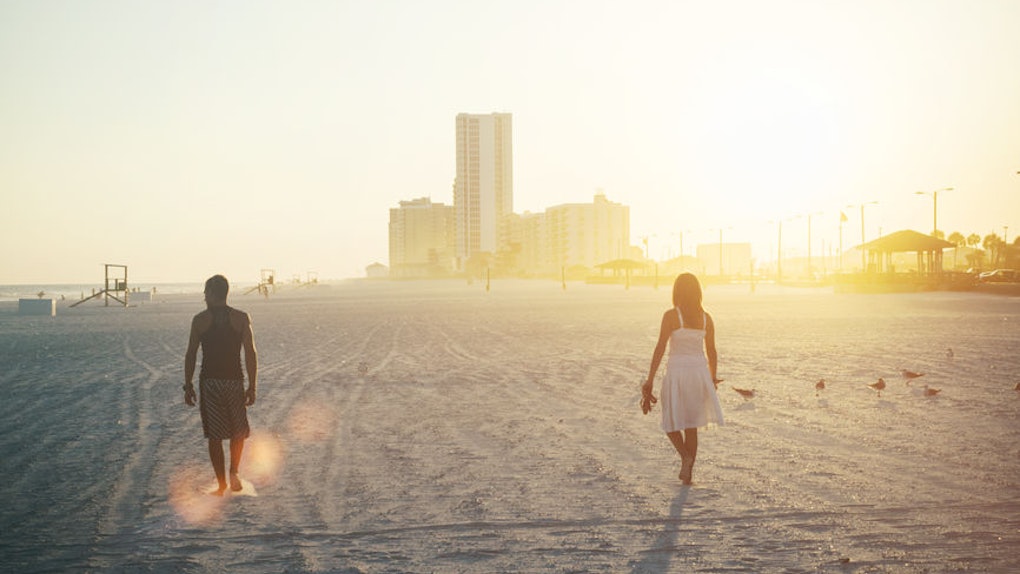 The Type Of Lingering Ex You Have, According To Your Zodiac Sign

There's nothing weirder than the relationship you have with your ex. At one point in your lives, you shared a deep and overwhelming love for each other. Your ex knows some of your biggest secrets, they were there during some of your most meaningful moments, and they've probably seen you naked. How are you supposed to just forget about all of that now that the relationship is over? Truth be told, you don't, and the type of lingering ex you have, according to your zodiac sign, will explain just how strange your relationship with them continues to be.

There's a reason why it can feel like you're speaking to a ghost whenever your ex shows up. Unless enough time has passed for you guys to maybe become friends again (because we all know how much wishful thinking that idea truly is), there's pretty much no reason to keep up contact. For all intents and purposes, it's time to move on, and keeping them in your life just makes it all so much more difficult. So, why do we do it then? Why do we continue to talk to our exes when we know what a bad idea it is? It's a mystery of the human heart I don't think we'll ever solve.

Aries: The Ex Who Pretends They Don't Care About You

Your ex acts like they're totally over it and moved on, but you know that's not true. They're just too stubborn to admit that they're human and they'll always have feelings for you, no matter how weak it makes them look to everyone else.

Taurus: The Ex Who Still Shows Up At Your House

You've got the type of ex who's constantly making up excuses to come over because they still have "things they need to pick up." They could have picked it all up last time they came by but apparently they "forgot something."

Gemini: The Ex Who Still Texts You All The Time

Your ex acts like they're totally over you and yet, they're still blowing up your phone at odd hours. They'll make up any excuse to talk to you and it really shows. Mostly, they just want to keep tabs on whatever you're up to (or whoever you're dating).

Cancer: The Ex Who Contacts You When They're Emotional

You were your ex's shoulder to cry on when you were dating. Chances are, they're still asking you for help and dumping their problems on you. Are you getting paid for your emotional labor? Suggest they talk to a friend or see a therapist.

Leo: The Ex That Keeps Dating People Who Look Like You

I mean, you know it's normal to still have feelings after a breakup, but your ex has taken it to a whole new level. They keep dating people who look just like you and have all the same interests in you. I mean, can you befriend them or is that weird?

Virgo: The Ex Who Wants To Prove Themselves To You

When you and your ex broke up, it probably took a huge toll on their self-esteem because you were brutally honest about why the relationship was over. They internalized all your criticisms and now, they desperately want your approval.

Libra: The Ex Who Still Wants To Get Back Together

Your ex still can't get the prospect of getting back together out of their minds. This is especially prevalent whenever you start feeling happy without them. It's like they have a radar for whenever you're thinking about moving on.

Scorpio: The Ex Who Still Wants To Hook Up With You

No matter how the relationship ended, your ex still can't stop thinking about how good the sex was. In fact, you probably ruined sex for them because they can't get over the way it felt with you. They've definitely suggested post-breakup sex several times.

Sagittarius: The Ex Who Shows Up At All Your Usual Haunts

When you go through a breakup, chances are that you have to start going to new coffee shops and new bars because you showed your ex some pretty damn cool places. You know they're secretly hoping they run into you there.

Capricorn: The Ex Who Gets Their Sh*t Together After The Breakup

You tried so hard to build your ex up and help them become the best version of themselves, no matter how much they resisted you. Why is it that they wait until after the breakup to finally start taking your advice seriously?

Aquarius: The Ex Who Still Tries To Be Friends With Your Friends

You have a kick ass group of friends and your ex probably misses the whole social aspect of your relationship. They're hoping they still get invited to your best friend's wedding or your family's barbecue but it doesn't work that way, buddy.

Pisces: The Ex Who Still Thinks You're Soulmates

No matter how clear you are about the relationship being over, your ex still thinks there's some cosmic significance to the relationship and that maybe, just maybe, the stars will bring you back together again someday. I mean, sure...