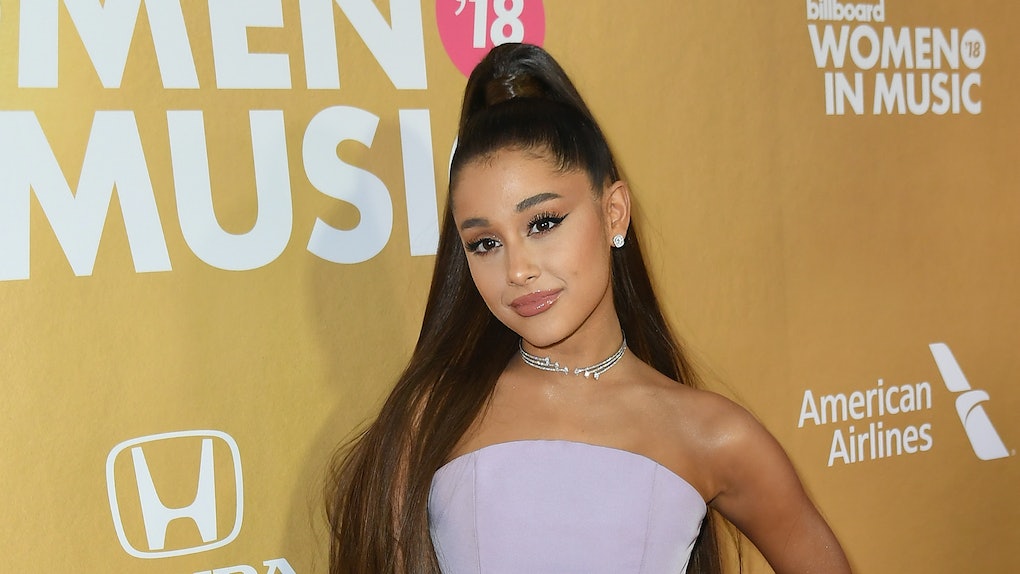 The MTV Video Music Awards celebrate the best and brightest artists in music, so it only made sense Ariana Grande was among the 2020 nominees. Ari had an all-star year with several mega-hit collabs with the likes of Lady Gaga and Justin Bieber; when the VMA nominees were announced, both "Rain On Me" and "Stuck With U" were nominated numerous times. Grande actually led the nominations list with a total of nine nods, and Arianators couldn't have been more proud. When the show finally kicked off, they were equally as passionate. These tweets about Ariana Grande's 2020 VMAs wins are full of pride for the singer finally getting the recognition she deserves.

Grande was nominated in several key categories at the 2020 VMAs. Perhaps most notably, the nominees for the coveted award for Video of the Year included her song "Rain On Me" with Gaga. In fact, "Rain on Me" scooped up a ton of nominations at the 2020 show. It was also nominated for Song of the Year, Best Pop Song, Best Cinematography, and Best Choreography.

When it came to the nominees for Best Collaboration, Ari's name was actually listed multiple times. In addition to "Rain on Me," her song "Stuck with U," which she released with Bieber, was also in that category. Basically, it's Ari's world and we're all just living in it, and fans were rooting for her to win big.

By the end of the night, fans were happy to see Grande took home four awards. She won Song of the Year, Best Collaboration, and Best Cinematography for "Rain On Me," and Best Music Video From Home for "Stuck With U." Fans were so proud of all her trophies. Just look at all their sweet messages of congratulations to the singer below:

Arianators also celebrated because they got their first performance of "Rain On Me" from Ari and Gaga — wearing masks the whole time, no less — which was pre-recorded for the VMAs.

Basically, the 2020 VMAs were all about Grande, and judging by fans' tweets, Arianators wouldn't have it any other way.