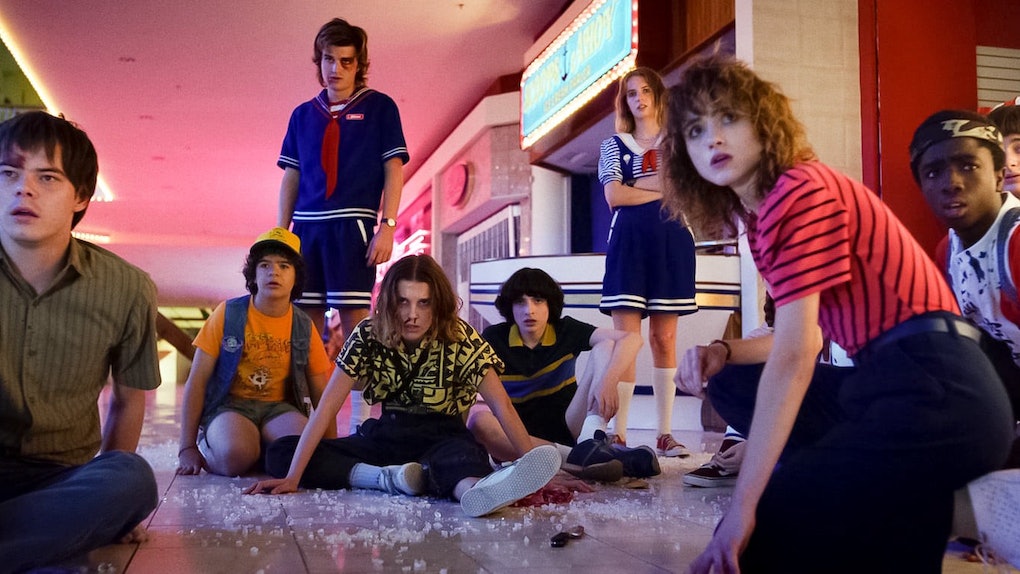 The 'Stranger Things' Character You Are, According To Your Zodiac Sign

Here's my biggest takeaway after binge-watching all three seasons of Netflix's Stranger Things: There's nothing more horrifying than being in the Upside Down. Although, a part of me totally blames my zodiac sign for these Demogorgon nightmares. That is why I'm going to reveal the Stranger Things character you are, according to your zodiac sign.

I know what you're thinking: What does astrology have to do with the small and supernatural town of Hawkins, Indiana? Well, have you ever considered the unique power of your zodiac sign? Whether you're a brilliant Gemini who just so happens to be a whiz at languages, or a fearless Aries ready to take down a the root of all evil, everyone's good at something.

Interestingly enough, the majority of the Stranger Things cast members portrayed characters who resonate with their natal sun sign. How do I know this, exactly? Well, for starters, I'm that person who obnoxiously Googles celebrity birthdays because I have an insatiable need to know everyone's zodiac sign, let alone validate everything via the magical and ancient practice of astrology. However, I can't say the similarities with their zodiac signs surprised me, because as the saying goes, "It takes one to know one." Anyway, you'll know exactly what I mean once you find the Stranger Things character who matches up with your sun or ascendant sign best:

You're competitive, impulsive, and fiercely daring. Similar to your ruling planet, Mars, you willingly go to war for your loved ones. It's also no coincidence David Harbour was born under the sign of the ram. This character has your name on it, Aries.

You're stubborn and willful, but you're also incredibly loyal. Like a true child of Venus, you prefer to indulge in the pleasures of life, and you were also blessed with mighty good looks. Joe Keery is a fellow Taurus and it shows.

You're witty, outgoing, and a brilliant intellectual. Similar to your mischievous ruling planet, Mercury, you secretly enjoy letting your friends in on the latest gossip. That is unless you're too busy playing mind games with your boyfriend, of course.

You're sweet, nostalgic, and highly sensitive. You're ruled by the ever-changing moon, so sometimes you might feel deeply misunderstood. Although, that's never stopped you from making everyone smile. We bet you'd even do anything for your pet turtle and your long-distance crush.

You're loud, rambunctious, and as fierce as a lion when you or your family members are crossed. You're not afraid to make a scene, especially if it pertains to your loved ones. Your courage is a magnificent thing.

You're hardworking, meticulous, and mysterious by nature. You're constantly analyzing your surroundings, and you know a thing or two about keeping secrets. People think you're judgmental, but you're just trying to make everyone's lives easier.

Libra: You're Will Byers

You're polite, discreet, and adorably charming. You'll stop at nothing to obtain justice and you'll do everything in your power to keep things harmonious. Noah Schnapp is a fellow Libra and I'm sure you wouldn't have it any other way.

You're powerful and smoldering with intensity. Most are intimidated by your enigmatic presence, while others swoon over your tantalizing bedroom eyes. What they don't know is you're an expert at transformation. Dacre Montgomery is a fellow Scorpio and I am not surprised.

You're adventurous, friendly, and naturally brilliant. So whether you're plotting your friends' escape beneath the Starcourt Mall or entertaining yourself with a secret Russian transmission, one thing's for sure: You prefer to live life one day at a time. If only everyone were as daring as you, Sagittarius.

You're grounded and way beyond your years. You're extra stubborn when you're passionate about something, but your pragmatic POV seems to always take the lead. Fellow Capricorn Finn Wolfhard was born right around the winter solstice, which only emphasizes his Saturnian disposition.

You're eccentric, rebellious, and outspoken by nature. You can't help but believe aliens really do exist, and you'll stop at nothing to gather your troops in order to prepare for battle. The Mind Flayer ain't got nothing on you, Aquarius.

You're elusive, hypersensitive, and completely out-of-this-world in every way. Astral projecting could be considered one of your favorite pastimes, but when you're angry, your emotions can easily turn into psychic tsunami. It's no wonder Millie Bobby Brown is a fellow Pisces; she has a chameleon soul and is an extraordinary artist.