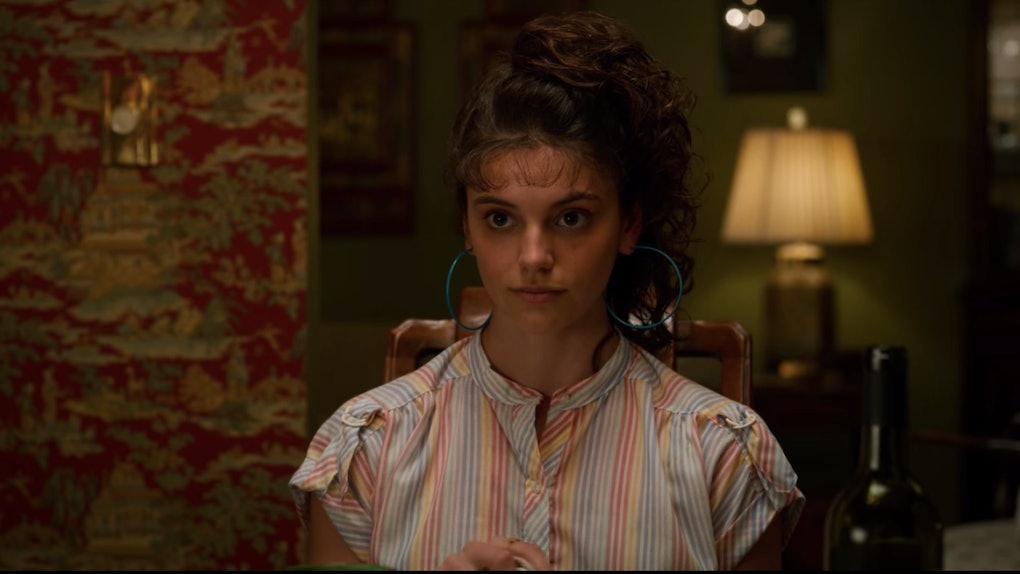 In the time since Stranger Things 3 premiered on Netflix, I have watched the season, processed everything I saw, talked about it at length with all my fellow fan-friends, and even rewatched all the new episodes for good measure. But even after all that, there are so many questions Season 3 has left me pondering, so when I found out I would be meeting up with Francesca Reale to talk about her experience playing Heather Holloway in the new season, I had so many theories I wanted to ask her about: Is Heather alive on Stranger Things? What about Hopper? Where did Eleven's powers go? Luckily, Reale's interests in theories overlaps with mine (and those of many, many fans out there), and she tells Elite Daily she even has a few that are her favorites.

Warning: Spoilers for Stranger Things Season 3 follow. Though new to the series, Reale's character Heather became a central part of the third season's main conflict. After Billy was overtaken by the Mind Flayer, Heather soon fell victim as well, and fans will not soon forget the chilling scene of Heather asking Eleven for help in the ice bath, or when she and Billy attacked her parents during dinner. Of course, perhaps the most disturbing Heather scene was probably when, in order to help make the Mind Flayer monster stronger, her body dissolved into a gloopy puddle of goo. First off, it was gross. But it also signified the apparent end for Heather on the show... or did it?

Though Reale tells me she's pretty sure Heather and the rest of the Flayed are truly dead, when asked about the wildest theory she's read about the season, she picks one that implies Heather might not be fully gone.

Reale says her friends, who have been excited to see her in the Netflix hit, have been sending her theories that are almost exclusively about Heather. But that doesn't mean she believes all of them.

"That sounds awesome, that it’s their energy source and they’re taking it away from her," she says of the Eleven theory. "But I also do think there’s a chance that it’s just overuse. I mean, her powers and her abilities are such a major part for a good chunk of the season this year."

Reale's favorite fan theory she's seen about Heather caught her eye because of how out-there it is. "I think it was this young boy, he wrote this idea that Heather like, fake-melted to get everyone else to ... melt into the monster, and she’s just been hiding," Reale says. "So now she’s just hiding out, still Flayed. She, like, put herself back together, I guess, and now is just hiding out in Hawkins, waiting for the next time to strike."

Reale is quick to note she thinks this idea is "hilarious" and "totally implausible," but hey, it is a show about monsters and children with powers and alternate realities, so you never know. "Anything is possible," she admits. "There are a few, um, problems with that theory, but I really enjoy reading it. It gave me a chuckle."

Though she says she prefers the kookier theories, Reale, like the rest of the fandom, has thoughts on who is in the Russian prison cell in the Season 3 finale's post-credits scene. "It would be really cool if it was Hopper — but I thought it would be Murray," she admits.

But while she's not optimistic about her own character's fate, and she's not so sure whether it's Hopper in that cell, she seems pretty certain about one thing. "I think [Hopper is] alive," she asserts. "I think he’s alive... but that’s only because I work in this business, so I know that every actor signs onto a six-year contract." In case it's not 100 percet clear she's being facetious, she adds: "That’s a joke, Netflix! That’s a joke."

All three seasons of Stranger Things are streaming now on Netflix.