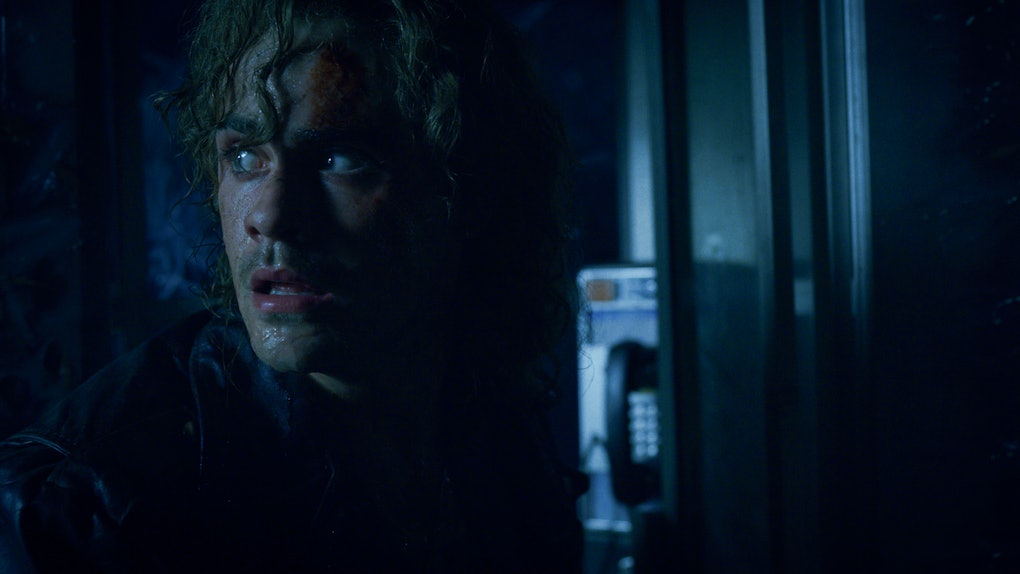 How Are People Getting Possessed In Hawkins? 'Stranger Things' Season 3 Has A New, Scary Element

This post contains spoilers for Season 3 of Stranger Things. In Season 3 of Stranger Things, the kids celebrated summer vacation with a viewing of Day of the Dead, which details a zombie outbreak. Little did they know, the movie was foreshadowing the plague that would sweep through Hawkins soon after the screening. How are people getting possessed in Hawkins? Billy is behind the uprising, but he's not in his right state of mind throughout the season.

In case you missed it, Billy previously terrorized stepsister Max (Sadie Sink) and took a domineering approach to her social life during their first few weeks in Hawkins, while he bullied Steve (Joe Keery) at school and fueled his doubts about his crumbling relationship with Nancy (Natalia Dyer). In Season 2's buildup to Eleven (Millie Bobby Brown) closing the gate to the Upside Down, Max sedated Billy with drugs swiped from Hawkins Lab, making him promise not to bother her and her friends.

Working as a lifeguard at the local pool for the summer, Billy (Dacre Montgomery) seemed to be laying low after that intense confrontation with Max and the rest of the gang. As the apple of every Hawkins mother's eye, he entertained himself with the prospect of having a fling with Mrs. Wheeler (Cara Buono). While Mike's mom ultimately couldn't go through with their hookup, Billy's late-night drive led to a encounter with a force accustomed to preying on the innocent of Hawkins. As the kids later learned, the Mind Flayer remained in the real world when Eleven closed the gate and was now hiding in a steelworks factory as Billy drove by.

Dragging Billy into the factory after causing him to wreck his car, the Mind Flayer took over his body, and as Mike (Finn Wolfhard), Will (Noah Schnapp), and the others later learned, the monster was using Billy as its primary host for a new mission to destroy Eleven and then decimate Hawkins. As his Upside Down clone haunted him with tips to build an army, Billy's human side weakened in favor of the Mind Flayer's control. He attacked fellow lifeguard Heather and sacrificed her to the monster, which led to their dual attack on Heather's parents. The result of such kidnappings were zombie-like bodies that eventually dissolved and merged to form an even greater creation from the Upside Down.

As Will explained to his friends, the Mind Flayer was dormant in human bodies until it needed them, prompting the kids to lure Billy into the pool sauna and try to purge the monster from him. Before the Mind Flayer took over his actions, the heat inspired Billy's remorse as he told the kids, "I've done things, really bad things. I didn't mean to, he made me do it."

By the end of the season, Billy had sacrificed enough people to have a full army intent on destroying the town. In a final face-off against the Mind Flayer's monster, Eleven reminding Billy of memories with his mother triggered his humanity to overtake his possessed side and fatally fight against the creature. Billy may have been one of several casualties during this zombie takeover, but Hawkins' own Day of the Dead experience was definitely satisfying for viewers.

Season 3 of Stranger Things is currently streaming on Netfix.